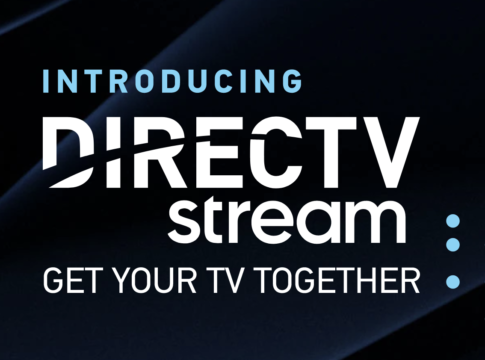 If the recent changes and price increases for DirecTV Stream are too much for you, there are cheaper options on the market. You may want to explore one of the following DirecTV Stream alternatives: FuboTV, Philo, Hulu + Live TV, Sling TV, YouTube TV, or Vidgo. On the fence about these services? Check out our free channel guides for Sling TV, Philo, Hulu + Live TV, and other services. View available channels, live TV schedules, and more, all without having to sign up for a service. Let’s get started!

At the standard level, fuboTV is a great alternative to DirecTV Stream based on price, especially given it offers more channels for the price of admission. And for sports fans, fuboTV is comparatively better than what DirecTV Stream’s service offers, so long as you’re not absolutely tied to getting Fox Sports RSNs.

FuboTV comes in at $64.99 per month after a 7-day free trial with 100+ channels in the base Starter package.

*Note that in order to see the Family, Entertainment, and Ultra plans, you need to first press "Start Free Trial." After you create an account, you'll see all of these plans. At that price, fuboTV is about $5 per month cheaper than DirecTV Stream‘s intro package and with far more channels. Additionally, you’ll get a much larger selection of both entertainment and sports channels at that price compared to DirecTV Stream. Learn more about fuboTV’s pricing and packages here.

You can use fuboTV on a large number of devices, including Amazon Fire TV, Roku, and Apple TV. You’ll also be able to stream on iOS and Android mobile devices. The full list of fuboTV’s supported devices includes:

If you want cloud DVR storage, fuboTV offers far more than you’ll get through DirecTV Stream. The default storage amount is 250 hours, available through both the Latino Plus and Starter packages. The Pro and Elite packages each offer 1,000 hours of cloud storage.  You can learn more about fuboTV’s cloud DVR here.

DirecTV Stream and fuboTV have somewhat similar on-demand libraries. Although fuboTV doesn’t advertise the size of its library, you’ll get content on-demand content in two ways. First, there’s a 72-hour rewind feature that allows you to watch most content from the service within three days of airing. Secondly, most of the 90-100+ channels available through the service offer some content longer term, for weeks or months at a time, which ultimately creates a large library of on-demand content. Learn more about fuboTV’s on-demand library here.

Philo takes a vastly different approach than almost every service out there, including DirecTV Stream. Through Philo, you’ll get a large channel package for a low cost, with a singular focus on entertainment and lifestyle TV channels with no dedicated sports channels or local broadcast networks.

Philo currently costs just $25 per month with 60+ channels after a 7-day free trial.

There’s also only one streaming package available, which makes your options with this service fairly simple. Both the price and the number of channels easily beat any package available through DirecTV Stream. For more information on Philo plans, check here.

Philo’s no sports, no locals focus means that it can offer 60+ channels for an incredibly low price. You’ll get a complete list of Viacom channels, including AMC, A&E, Discovery, and Science Channel, as well as many other popular networks, like Paramount Network, BBC America, and BBC World News. The service now also has Epix, Starz, and other movie channels as add-ons. For more information on Philo channels, check here.

You can watch Philo on a small but growing number of devices. The service can be streamed on popular TV devices, like Roku and Amazon Fire TV, as well as iOS and Android mobile devices. The full list of supported devices includes:

One of the best aspects of Hulu + Live TV is its simplicity. For $69.99 per month, you get access to all standard Hulu features, as well as access to 75+ live channels. And now, Hulu + Live TV is even more plus, as it also comes with Dkisney+ and ESPN+ for the price.

Don’t want Live TV? Hulu standard is still available for $6.99 per month. And if you don’t want all of the other addons, Live TV comes solo for $68.99 per month (though the $1 difference to get Disney+ and ESPN+ is hard to ignore).

Hulu + Live TV has a similar channel package to what you’ll find with DirecTV Stream‘s Entertainment package. Popular networks like ESPN and local broadcast networks are all standard additions, as are a wide selection of entertainment, lifestyle, and news channels. Unlike DirecTV Stream, however, Hulu + Live TV does not make HBO or Showtime part of the package, so your channel count includes more standard cable TV networks instead of movie channels. To learn more about Hulu’s live TV channels, check here.

Take advantage of the 50-hour cloud DVR included through Hulu + Live TV, which is far more than what DirecTV Stream offers by default. As well, your DVR recordings don’t have an expiration date but do start to delete once you start running out of space. You can increase your storage limit to 200 hours with an add-on.  You can learn more about Hulu Live TV’s DVR here.

Hulu’s hybrid approach means you’ll get the entire on-demand library from the standalone streaming service, as well as content from the live TV branch of the service. As a result, Hulu + Live TV offers over 85,000+ tv shows and episodes, which is vastly superior to DirecTV Stream or any other service on our list. You can learn more about Hulu’s on-demand library here.

Sling TV makes choosing a streaming package a bit more complicated than necessary, but it’s also one of the oldest services of its kind. With 2 key streaming packages and over a dozen add-on channel options, you may find Sling TV provides a unique and low-cost alternative to DirecTV Stream.

You can overspend with Sling TV if you’re not careful, but it’s hard to not see the price benefits versus DirecTV Stream. The two cheapest packages through Sling TV cost $35 a month, are now offered with a 7-day free trial, and offer from 30-45+ channels. You can combine both for $50 per month as well.

* You get 1 stream for Sling Orange channels and up to 3 simultaneous streams for Sling Blue channels. Alongside that, you can pick some add-on channel packages for as little as $5 per month that can significantly increase your number of available channels.

Sling TV’s channel packages are a bit more confusing than what’s available through DirecTV Stream. Sling Blue offers FOX-branded networks as the anchor option, while Sling Orange offers ESPN and Disney as the anchor channels. But you’ll find the two packages are not entirely unique, and some channels exist in both packages. You can learn more about Sling TV’s channels here.

You can learn more about Sling TV’s streaming policy here.

This service includes a 50-hour cloud DVR with all subscriptions (including the Orange+Blue combo pack). To learn more about Sling TV’s DVR, check here.

YouTube TV is a good place to land for anyone who’s abandoning DirecTV Stream. The prices are similar on the low end, but YouTube TV offers far more in the way of features and streaming quality.

YouTube TV is sports-heavy, with a large number of networks for NBA, NFL, and MLB fans. You’ll also get a large selection of local broadcast networks in many locations. YouTube TV also offers key entertainment TV networks, like HGTV and AMC, although it does lack some that you may want due to its focus on sports. To learn more about YouTube TV’s channels, check here.

YouTube TV is still far more limited than DirecTV Stream when it comes to streaming device support. You’ll get access to apps for many devices, including Roku, Apple TV, iOS and Apple, but at this time of writing, there’s still no app for Amazon Fire TV. The full list of supported devices includes:

You can learn more about YouTube TV’s supported devices here.

For those who need DVR storage, YouTube TV is perhaps the best DirecTV Stream alternative on the market. You’ll get unlimited DVR storage with a 9-month expiration date on videos. You can also create 6 user profiles, all of which get their own storage. To learn more about YouTube TV’s DVR storage, check here.

Vidgo: A Fair Mixture of Sports and Entertainment

Vidgo is likely the least well-known option on our list. It made its full debut on the market in 2019, and expanded its services in 2021. The service has struggled to figure out exactly what it wants to be, but at present, its modus operandi appears to be “sports+entertainment through a single package”. Notably, this service provides a mixture of English- and Spanish-language channels through its single package offer.

An update to its product package means you can choose between one of three options with Vidgo:

The service is available with a 7-day free trial.

Enjoy Vidgo on up to 3 devices at once.

There is currently no DVR available through Vidgo.

Vidgo’s on-demand library is fairly sizable, especially thanks to the 85+ channels it has to offer. Stream thousands of hours of video through the service. Newly-released TV show episodes and movies are available on-demand soon after they air on live TV. You’ll also find a wealth of previously-aired TV show seasons, sporting events, and more.

Our Biggest Issues with DirecTV Stream

There’s no doubt that DirecTV Stream has some good things going for it. The price point starts at $69.99 per month for a comparatively small number of channels and then shoots up to over $120 per month, making it far too similar to cable TV.

However, DirecTV Stream has limited support for many platforms, such as game consoles.

Unlike other popular streaming services like Sling TV and PlayStation Vue, DirecTV Stream offers a very restrictive DVR. You’ll only get a 20-hour storage limit that’s combined with a 90-day expiration date on recordings. No other service uses two different DVR restrictions that are this low. Every other service uses either storage limits or time limits. A double limitation on DVR makes it more difficult to justify DirecTV Stream‘s price. To its credit, DirecTV Stream has a 1,000-hour cloud DVR add-on available.

Find the DirecTV Stream Alternative that’s Right for You!

AT&T TV took a bit of a backslide in 2021. In January, AT&T completed canceled its AT&T TV Now service. It rolled this cord-cutting option into its pre-existing and similarly-named AT&T TV service. With that move, the company also increased the base cost for the cord-cutting service and reduced the available DVR from 1,000 to 20 hours. Then, in late 2021, AT&T divested itself of the streaming arm completely, giving rise to DirecTV Stream.

For now, there are plenty of solid alternatives to DirecTV Stream. Because none of these services requires an annual service contract, you’ve got the opportunity to try them for yourself – and see which one is the best for your particular needs. Let us know what you think in the comments! Want to learn more about these streaming services? Take a look at these additional articles from Flixed.