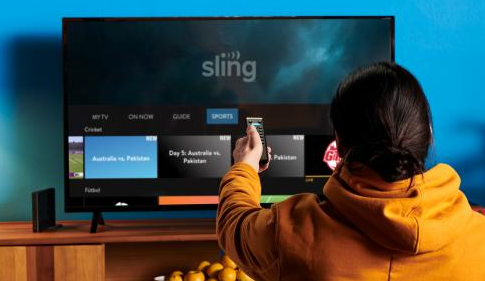 Among the oldest cord-cutting options on the market for live TV, Sling TV‘s deceptively simple 3-package option is just the tip of the iceberg. After you select your base package, there are dozens of potential add-on channels waiting to explore, making Sling TV a gold mine for those who love hard-to-find channels. Read on to learn more about Sling TV.

If you want to see what shows are airing live on Sling TV, you can check out our live streaming TV guide for Sling TV. You can get a taste of what the service offers before you decide to start your free trial!

Sling TV requires a separate subscription to its cloud DVR and prevents you from recording programs on ESPN and other channels.

Here’s a more detailed breakdown of what channels you’ll get with Sling TV’s various subscription plans. One thing to note: Sling TV does not stream ABC or CBS. If those stations are important, you may want a different service.

The Channels In All Sling TV Plans

You’ll get these channels no matter which subscription plan you choose:

The Channels In Sling TV Blue and Sling TV Orange+Blue

Once you get past the complexity of Sling TV’s basic channel lineup, you can customize your subscription even more by adding dozens of Sling TV Extras. Of course, Sling TV does not make this easy either. The channels contained in each Extra — as well as the pricing — vary depending on which base subscription you get. To give you an idea of what that means, here is the channel lineup for popular Sling TV Extras:

Other add-ons, like Español and International Extras lets you get TV channels from around the world.

An a-lá-carte menu lets you add individual channels from these channels:

Enjoy Streaming the Way You Want with Sling TV

Between all the channels available throughout Sling TV, you can tailor the streaming service to perfectly fit your needs.

From sports to entertainment, Sling TV has got you covered! Thanks to Sling TV, you’ll never need to look back at a cable subscription.

If you’re a developer, you should check out our Live TV Channel Availability API. Our RESTful API lets you get availability and metadata from America’s top live TV streaming services. Given how confusing Sling TV’s plans and extras can be, your app or website can make your users’ cord-cutting journeys easier. Display channel availability by plan and package so your users can make the right choice.