AT&T launched HBO Max in May 2020. The following May, it announced plans to get rid of WarnerMedia and HBO altogether. And 11 months later, HBO became part of the newly created Warner Bros. Discovery. But that’s not the confusing part. HBO Max is HBO’s third streaming service. Read on as our HBO Max review sets things straight and lays out what the service has to offer.

With nearly 50 years of high-quality content in its library, HBO Max is positioned to go toe-to-toe with Netflix, Hulu and other on-demand services. We’ll help you decide whether it’s worth adding to your streaming lineup.

HBO Max is going through some big changes lately, but it remains one of the most talked-about streaming services out there, with a lot of content and a lot of people wanting to know if this is the right choice for them. Our HBO Max review will aim to cover all you need to know about this service, from its content library to its current pricing and future plans, too. This should help you decide whether or not HBO Max is the right choice for you.

What is HBO Max? 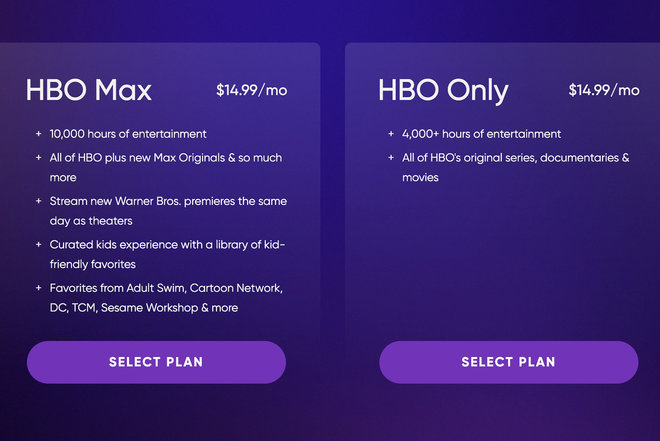 HBO Max is a subscription service that is owned by Warner Bros. Discovery. It first launched in May of 2020 and was designed to offer content from HBO, Warner Bros., Cartoon Network, and Adult Swim.

Designed as a rival to the likes of Netflix and Disney+, HBO Max was seen as a successor to HBO’s previous services, HBO Now and HBO Go. It quickly turned into a big success, attracting tens of millions of subscribers and putting a big focus on its own original programming.

Related: What Is HBO Max? – Can It Compete with Netflix, Disney+ and Hulu?

The current state of HBO Max

In 2022, HBO Max made headlines due to some major changes with its parent company. This all started in March of 2022, when Discovery Inc. shareholders approved a merger with WarnerMedia, creating Warner Bros. Discovery.

At the time, the Discovery CFO, Hunnar Wiedenfels, announced that the company had some big plans for HBO Max and wanted to eventually merge it with Discovery+.

This was pretty exciting news for streaming fans, but HBO Max subscribers were disappointed in July of 2022 when it was revealed that HBO Max was no longer making any new original series in many parts of the world, as well as removing certain shows from the platform.

Things got worse in August, when multiple HBO Max Original films and HBO series were taken off the service, and the most dramatic news of all came with the announcement that Batgirl, a big-budget DC movie which was supposed to launch on the platform, got cancelled.

A Scooby Doo movie called Scoob! Holiday Haunt was also cancelled, and more reports came out that the company was planning to release more movies in theaters, rather than keeping up its “direct-to-streaming” approach.

This has all been pretty bad news for HBO Max, and even more shows have been pulled from the service recently. Not only that, but fans have started to worry about the future of their favorite HBO Max original shows, and certain movies that were originally set to release on the platform, like Evil Dead Rise, have been shifted to theatrical release only.

All of this means that, sadly, HBO Max in its current state does not offer the same great value it once did. The platform is no longer getting brand new movie releases at the same time as theaters, and a lot of its content is disappearing, too, making it much harder to recommend.

Our 60-second summary of HBO Max

The jewel in HBO Max’s crown is its content. This is the major selling point of the platform, and HBO Max’s library of amazing shows has helped it keep up with the likes of Netflix and Amazon Prime Video, with critically-acclaimed and hugely exciting shows like House of the Dragon, We Own This City, and Westworld making this platform one to watch.

Even with the recent cull of content on the platform, there’s still a lot of great stuff to watch on there, and it’s not particularly expensive. At the same time, with so much disruption to the service right now, it’s hard to say what happen with HBO Max next, and this uncertainty is sure to make certain subscribers hesitate about keeping their subscriptions going.

The pros and cons of HBO Max

There’s a lot to like about HBO Max, especially in terms of content. There’s literally something for everyone: lots of cartoons for the kids, award-winning HBO dramas for the adults, tons of new and old Warner Brothers movies and more.

Its departure from AT&T also bodes well for the streaming service. Warner Bros. Discovery CFO Gunnar Wiedenfels recently stated that the company’s 2 streaming services, HBO Max and Discovery+, will be merged into a single platform.

That’s excellent news for cord-cutters looking for more family-friendly content – not something that HBO is particularly known for.

Plans and pricing for HBO Max

There are currently 2 HBO Max plans, one with ads and one without.

Related: HBO Max Plans and Pricing – How Much Does HBO Max Cost?

As stated earlier on, original content is the main selling point of HBO Max, and it has some super shows for users to enjoy. One of the biggest shows in the world right now is House of the Dragon, and this show is available exclusively on HBO Max (as well as the HBO cable channel). The platform also boasts other highly-rated shows, from Barry to The Flight Attendant, Tokyo Vice, Julia, The Staircase, Hacks, and The Rehearsal.

There’s also a good level of emphasis on family-friendly content on this platform, with plenty to offer for younger viewers. The animated Gremlins reboot, Gremlins: Secrets of the Mogwai, premiered on the platform, and Adventure Time: Distant Lands, a limited series of specials based on Adventure Time, will surely trigger nostalgia in older Millennials and Gen Xers.

Warner Bros. can essentially do whatever it wants with DC comic book characters and stories. The fact that every single DC-related movie (except for the newest ones, of course) will be a part of the on-demand catalog is one of the service’s major draws. Other notable Warner Bros. films include the Matrix trilogy and the Lord of the Rings franchise.

Content from the Turner Classic Movies vault rounds out the catalog with classic movies from the past. Warner Bros. also owns Adult Swim, which is the company behind the surprise hit show Rick and Morty.

During its dalliance with the entertainment industry, AT&T signed deals with NBC to acquire the right to stream Friends and the Fresh Prince of Bel-Air. You’ll also find the BBC’s Doctor Who, Luther, Top Gear, and Ricky Gervais’ original version of The Office on HBO Max. In addition, HBO Max will be the exclusive home of Comedy Central’s South Park.

The interface of HBO Max

One common complaint about HBO Now was its clunky interface. HBO Max’s interface seems to be much slicker and more responsive by comparison –  proving that old adage about the third time being a charm.

The most interesting thing about HBO Max’s interface is a feature called Recommended by Humans. It lets HBO Max users create content lists and share them with the public. Various celebrities provide lists of their favorite HBO Max shows and movies. There’s even a subdomain on HBO’s website where you can check it out.

HBO Max’s list of supported devices isn’t as robust as some streaming services, but it should be good for most people. While it might not cover a lot of streaming devices, it does have a dedicated app for the 3 major computer operating systems. HBO Max is on Apple TV and other popular platforms, including:

The $9.99/month With Ads plan doesn’t let you download content to watch offline, but you can with the Ad-Free option for $14.99/month. This makes it perfect for long flights or when you’re going someplace without internet access.

If HBO Now’s support site is any indication of what HBO Max’s support site will offer, you can expect above-average customer support features. In addition to the standard self-service ticket system and knowledge base, HBO Now offers live phone and chat support. The support team also answers questions via Twitter and other social networks.

Summing up: our view on HBO Max

The most important part of any streaming service is its content library. HBO Max is very strong in that respect. For many, the HBO vault alone will be worth it. After all, HBO helped usher in the Golden Age of Television. The people behind HBO continue to make great decisions in terms of content development, as evidenced by the massive success that was Game of Thrones and the new success of House of the Dragon.

However, we can’t ignore the fact that HBO Max’s latest changes have presented some worrying signs for subscribers. Content is being taken off the platform, planned shows are being cancelled, movies are being released theatrically instead of on the HBO Max service, and subscribers aren’t getting the same value they once did. All of this means that even though HBO Max is still a great option and could get even better when it mergers with Discovery+, it isn’t quite the powerhouse it once was in its current state.

While HBO Max started off well in the early years, the recent changes have put this platform in peril. Subscribers are rightfully concerned about the future of their favorite shows and planned movies on HBO Max. However, while these are troubling times, there are big plans ahead in which Discovery+ and HBO Max could merge into one of the most exciting streaming services of all or get bundled together, giving subscribers really geat value for money. And with the huge amount of content still on the platform, HBO Max is still a decent choice for your streaming needs.