If you like ABC shows like Grey’s Anatomy or Modern Family and you live abroad or frequently travel outside the US, you’ve probably already ran into an error message that looks a something like the one depicted below. 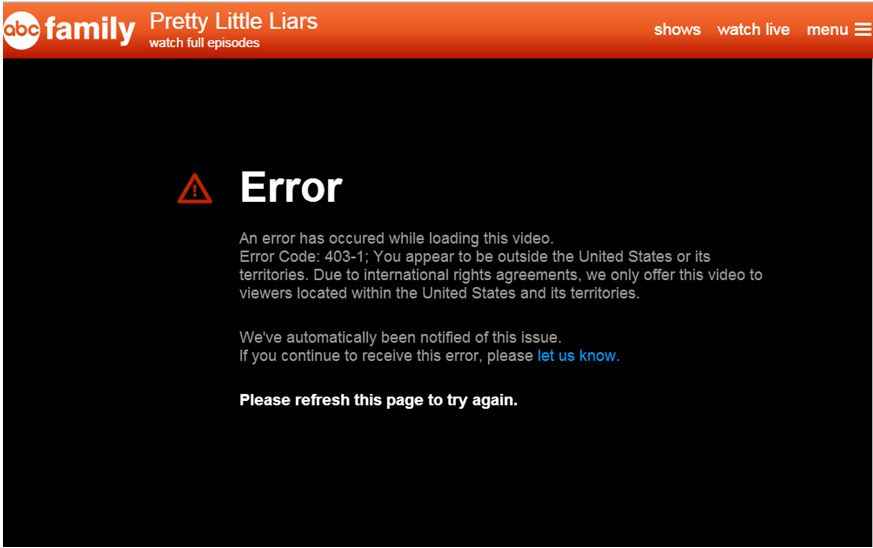 ABC offers free streams of its most popular shows to people who connect to the internet from inside the US.  But if you try to access the ABC page from the other side of the border, you’ll hit a geo-location block.

Read on to find out how to get around geo-blocks with IPVanish.

The best way to watch ABC online outside of the US

The VPN service IPVanish is super easy to use. With it, you can seem to be anywhere in the world you want to be when you go online. The app guides you through the process of selecting the city you want to use for your connection point. Making that connection only takes a few seconds and once you’re in, you’ll be able to watch all the ABC content you want.

Without geo-blocks, ABC would be in direct competition with foreign TV networks that broadcast ABC shows.

Each year, TV networks from around the world meet at an event called L.A. Screenings to buy and sell American TV show broadcast licenses.  Often, exclusive broadcast rights are part of the deal.  Without exclusive rights, foreign networks can’t make as much money with a show license.

Less viewers would equal less money for ProSieben.  Advertisers wouldn’t be willing to pay as much for commercials, since fewer people would see them.

How does ABC’s geo-block work?

An IP address is a unique number that identifies machines that are connected to the web.  All computers, smartphones, tablets and IoT devices have one.

Is there any way to get around it?

Yes.  If you want to get around any kind of geo-block, all you have to do is connect to the web via a Virtual Private Network (VPN).  A VPN makes it impossible for machines on the web to trace your internet connection back to its source.

A typical internet connection is like a window.  Anyone on the web can see who you are, and you can see them too.  But with a VPN, your connection is more like a two-way mirror.

From outside a VPN server, you’re totally invisible.  But from the other side of it, you can view the entire internet. 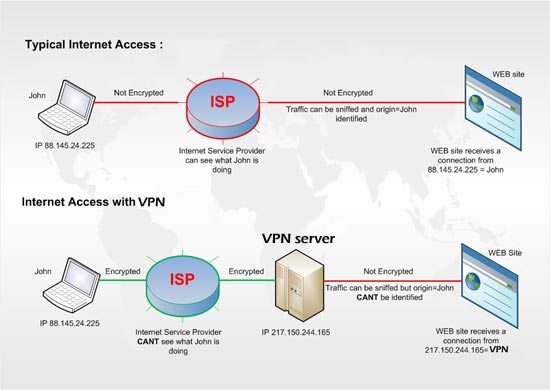 Everyone here at AddonHQ uses a VPN provider called IPVanish to access the web.  It’s one of the biggest, fastest, most secure VPN services out there.  Plus, it’s super easy to use.

Read on to see how you can use IPVanish to access ABC videos or any other type of geo-blocked content abroad.

Once you sign up for an IPVanish account, all you have to do to get the software is login and download it from the official IPVanish site.  I use the Mac OS version, but a Windows edition is available as well. 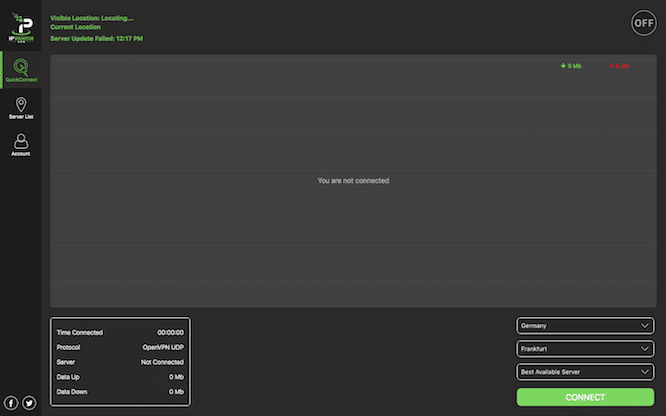 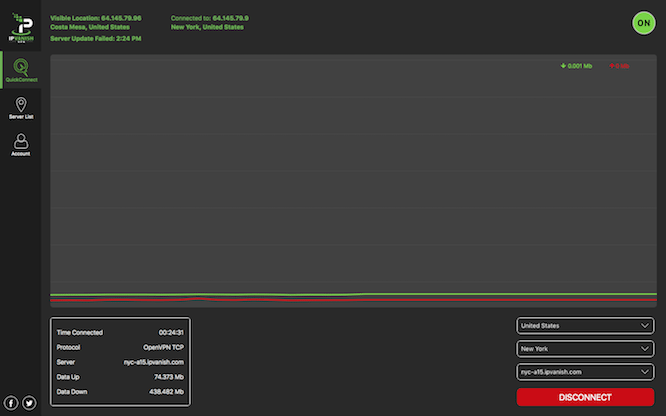 Now the circle is green, which means that I’m accessing the web from behind a VPN.  With the VPN activated, I can watch ABC videos or any other American geo-blocked content that I couldn’t access before.

Why we chose IPVanish

If you want to watch video on the web, it’s a good idea to get a good VPN service provider. VPNs keep you safe online and protect your privacy, plus they enable you to access any type of content anywhere in the world.

After trying out several different VPN services, we decided to recommend IPVanish.  Here’s why.

What are the tech blogs saying about IPVanish?

Lifehacker recently included IPVanish in their recent roundup of the top 5 VPN services on the web.  IPVanish got kudos for having great customer service, slick mobile phone apps and a “kill switch” feature.

The editors at CNET also liked IPVanish.  The popular technology news site awarded it a 4.5/5 rating in a recent review.  In particular, they liked the fact that you only need to buy one subscription to connect two computers to the VPN service simultaneously.