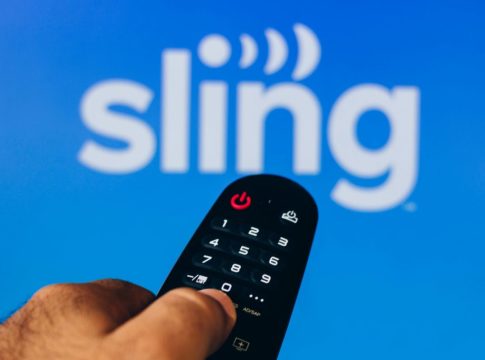 Sling TV is one of the oldest internet TV services out there. But with its “A La Carte” approach to streaming, you may be wondering how much you’ll really pay. How much does Sling TV cost? What comes in Sling TV Blue and Sling TV Orange? Are there add-ons available?

In this quick guide, we’ll answer all of these questions and more. Get started now, and learn everything you need to know about Sling TV packages, pricing, and other such details.

For a limited time, get a free month of Starz, Showtime, and Epix with your new Sling subscription. Oh and take half off your first month as well.

What are the Sling TV Plans and Prices?

Sling TV offers two primary channel packages, Sling Blue and Sling Orange, as well as Sling Orange + Blue, which combines both of these packages for $50/month.

Sling TV Blue includes some broadcast networks NBC in select markets and has about 40 channels in total. See the full channel list below.

Sling TV Orange comes with about 30 channels, including ESPN and other Disney-owned channels. Here’s a full channel list:

And, if you’re looking for the full Sling TV channel list, you can check our review, here.

Sling TV Orange + Blue combines all of the above-listed channels into a single channel package, providing you with 50+ total channels.

Sling TV has a truly enormous number of channel add-ons, including packages like:

You can also add premium networks for an additional fee, such as:

For more information about Sling add-ons, channels, and premiums, check out this page at Sling TV for a full list of your options.

Not sure what’s on Sling TV? The Flixed TV Guide for Sling TV is the best way to find out! This unique, filterable, and ad-free TV guide from Flixed lets you see what’s on Sling TV up to a week in the future. You can see every channel, show, event, and movie airing on Sling TV. Check it out now and get started.

Stream to Your Heart’s Desire With Sling TV

If you’re a recent cable-cutter and aiming for a streaming platform, you might be in over your head. With how many platforms there are to choose from, you’re spoiled for choice.

But, with Sling TV, you’re getting an affordable and customizable platform. Looking for lots of sports networks to catch? There’s a Sling TV add-on for you. How about quality movies? Well, Sling TV has got you covered as well. All in all, Sling TV is an amazing option for all your content consumption needs.