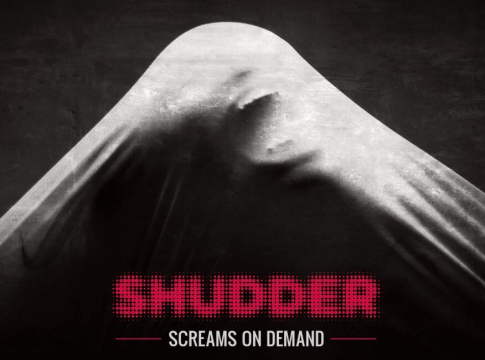 Horror streaming service Shudder is offering 30% off the price of an annual membership. To take advantage of the discount, use the code ANNUAL30 at checkout.

If you’ve got a horror fan in the family, you may want to strongly consider buying them a year’s worth of Shudder instead of a DVD box set this Christmas season. With over 700 titles, Shudder has more than twice as much horror as Netflix.

Take a Peek Inside the Shudder Vault

Like Netflix, Shudder produces its own movies and shows. Here are four of my personal favorite Shudder originals/exclusives:

Shudder’s Prevenge is about a pregnant woman whose fetus encourages her to kill various scumbag men.

Though the movie’s punny title and eye-catching promo art might lead you to believe that it’s yet another groan-inducing horror satire in the vein of Scary Movie, Prevenge is surprisingly smart and suspenseful.

Multi-talented British comedian Alice Lowe plays the role of the serial killer mom-to-be – and she was really pregnant when they shot the film. In addition to playing the lead role, Lowe also directed and wrote the script.

The 6-part horror series Wolf Creek is about a 19-year-old American girl whose family is slayed by a serial killer while vacationing with her family in Australia. After the killings, she slips away from the police and makes up her mind to get revenge.

Like Prevenge, Wolf Creek is surprisingly good. If you let the first episode of Wolf Creek sink its hooks in, you’ll likely get dragged along for the whole ride.

The Wolf Creek series has earned a much better critical reception compared to the movie franchise that it draws upon for inspiration.

“It is both nightmare and dream, a welcome stride away from the silly “true events” hook of the first film.” – Luke Thompson, Village Voice

If you put What About Bob and Beetlejuice in a blender, what you’d end up with would look something like Another Evil. The plot of this low key yet unpredictable dark comedy revolves around a couple with a haunted house problem, a silent, gross-looking ghost and a cringy wanna-be exorcist named “Os.”

Shudder’s The Core is a talk show about “the onscreen techniques and real-life psychologies that strike fear into our very core.”

So far, there are only three episodes of The Core – an in-depth look at the Halloween franchise, an interview with rapper-turned-director Steven Ellison (Flying Lotus) and another interview with Simon Barrett of Blair Witch fame.

The Core host Mickey Keating knows his stuff, but comes off as annoyingly “fanboyish” at times. Hopefully he’ll become a better interviewer as the show goes on.

The “Halloween Special” episode of The Core is definitely worth checking out if you have any appreciation at all for slashers. (Weird-but-true fact: the original Michael Myers look was created out of a modified William Shatner mask.)

Because the Shudder catalog is vast, its creators have designed more than 50 creepy “collections” to help you find you way around.

Here are some of Shudder’s most cleverly named playlists:

Even without the 30% discount (promo code: ANNUAL30) Shudder provides excellent value. No other streaming service we’ve seen has as much horror content.