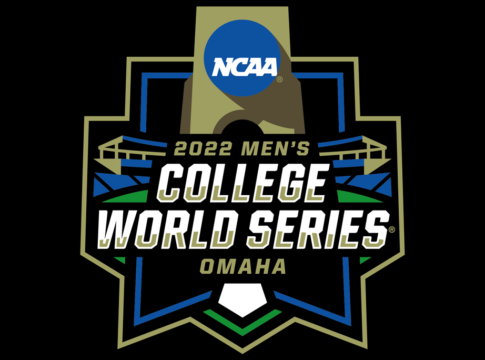 One of the biggest concerns for sports fans cutting the cord is how to keep watching their favorite teams. And as NCAA baseball gets closer to the playoffs, many fans are wondering how to watch the NCAA Men’s College World Series live without cable.

Our guide lets you know all the ways to stream the College World Series (June 17-27) and selects the best 5 options with details on price, DVR storage, simultaneous streams, and supported devices.

Where to Watch the NCAA Men’s College World Series Live

All possible 17 games of the College World Series will air live either on ESPN or ESPN2. Fortunately, the two channels are always offered together, but you can find the complete schedule of broadcasts on the NCAA’s website.

Before we go any further, we should note that ESPN and ESPN2 are not available on ESPN+. It is a separate service, which you can read about here.

There are still a lot of choices, so we’ll narrow down the list and give you the best way to watch college baseball online. But first, here are all your options with their lowest-priced plan that includes ESPN.

Unfortunately for antenna owners, ESPN is not broadcast over-the-air (OTA), which means you’ll need a streaming service to watch the College World Series without cable.

There are 3 services with ESPN that offer a free trial. However, the longest trial is 7 days, which is not enough to cover the entire tournament. So you’ll have to sign up for two trials if you decide not to subscribe to the first one you try.

All free trials require a credit card and billing automatically kicks in if you forget to cancel, so it’s best to mark the trial’s end date on your calendar.

With DirecTV Stream, you can cancel your trial right after signing up and keep watching for the full 5 days without worry.  However, you can’t do the same with fuboTV and YouTube TV. They both cut off your access as soon as you cancel your trial.

At $35/month, Sling TV is the cheapest way to stream ESPN, and has 2 base plans–Orange and Blue. It keeps prices low by not carrying local network TV affiliates (except for NBC and FOX in designated markets).

ESPN and ESPN2 are only available with the Orange plan, which comes with 31 channels, including popular non-sports content like A&E, AMC, and History Channel.

There’s also an option to combine both plans with the aptly named Orange & Blue plan.

Sling TV is currently offering half off your first month. That means you can watch the entire College World Series for $17.50, which is by far the cheapest option outside of free trials.

Check out the Flixed Sling TV Guide to see what the popular streaming platform is airing over the next 7 days.

All plans come with 50 hours of DVR storage.

For an extra $5/month, DVR Plus bumps you up to 200 hours, plus the ability to protect your favorite recordings from automatic deletion when you run out of space.

The Sling TV Orange plan only lets you watch on 1 device at a time, while the Orange & Blue plan allows up to 3 streams. However, channels that are only available with the Orange plan are still limited to a single stream.

That means you can only watch ESPN/ESPN2 on 1 screen.

FuboTV has positioned itself as the streaming sports specialist, and it offers 2 main plans–Pro and Elite. It costs twice as much as Sling TV, but that’s because it includes the 4 major TV networks (ABC, CBS, NBC and FOX) in most markets.

Both main fuboTV plans include ESPN and ESPN2, as well as other sports networks such as beIN Sports, Big Ten Network, and FS1.

Pro comes with 119 channels and 100+ sporting events, while Elite has 173 channels, including the add-ons fubo Extra and News Plus. Elite also includes 130+ events in 4K and premium sports channels like Tennis Channel, NHL Network and Stadium.

There are also a dozen add-on bundles ranging in price from $2.99 to $14.99/month, offering a variety of sports and entertainment channels.

Check out the Flixed fuboTV Guide to see what else is on the popular streaming platform.

Both fuboTV plans come with 1,000 hours of DVR storage. And the good thing is that live programs usually record the entire event even if you start recording halfway into the broadcast. Also, unlike most other services, your recordings never expire.

Both main fuboTV plans include 10 streams at home and 2 more on the go.

After Netflix, Hulu is arguably the best-known streaming service out there. It’s also the most family-friendly service on our list, as its live TV plans now include Disney+ as a standard feature. They also include ESPN+.

In addition to ESPN, Hulu + Live TV has 15+ sports channels, including premium fare like CBS Sports Network, FS1 and NFL Network. The two plans are:

Both plans offer the same 75+ channels, which include the big 4 local networks (ABC, CBS, FOX and NBC), as well as popular cable channels like A&E, CNN and History Channel.

To see what’s streaming now or coming up, check out the Flixed Hulu + Live TV Guide.

If you’re looking for the service most like satellite TV, look no further than DirecTV Stream. The base plan will get you ESPN and ESPN2, but the higher tier plans open the door to a whole lot more.

All DirecTV Stream plans include all the local networks as well as 40,000+ on-demand titles. But from Choice and above, you’ll get regional sports networks (RSNs) like Bally Sports, MASN, and SEC Network.

You can also add a long list of premium channels à la carte, such as HBO Max, Showtime and Starz, all of which are included with the top-tier Premier plan.

To see what’s streaming over the next 7 days, take a look at our handy Flixed DirecTV Stream Guide.

You’ll get unlimited DVR storage with all DirecTV Stream plans and your recordings don’t expire for 9 months.

All DirecTV Stream plans allow you to watch 20 simultaneous screens at home and 3 more on the go.

Launched in 2019, Vidgo is one of the newest faces in the streaming space. It prices itself about 10 bucks below its closest competitors by limiting its local channels to ABC, FOX and Univision.

Through its 2 English-language plans, Vidgo offers a solid list of sports and entertainment channels, including RSNs. Both plans include ESPN and ESPN2.

With its lower price and premium channels like NFL Network, NHL Network, and MLB Network in its base plan, Vidgo is positioned to give fuboTV a run for its money. The Plus  plan also includes RSNs like Big Ten Network, Pac-12, and Stadium, which will appeal to college sports fans.

Check out the Flixed Vidgo TV Guide to see what’s airing over the next week.

DVR storage requires upgrading to Vidgo’s Premium plan and it’s only available on Roku, Fire TV, Apple TV and Android TV. You can save up to 20 hours of content and only save recordings on a single device.

However, both plans offer an Advanced Playback feature that makes the previous 24 hours of the most popular channels available on-demand.

Vidgo allows 3 simultaneous streams and there is no option to upgrade.