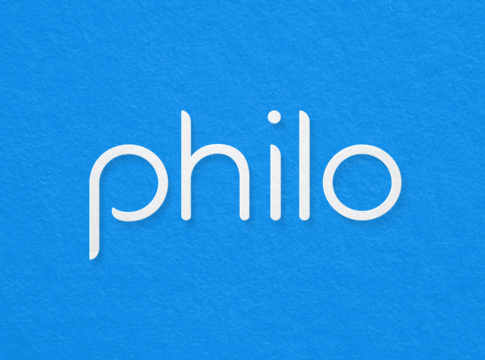 VH1 has had huge success with its Love & Hip Hop franchise. The reality television series features several different shows based in New York, Atlanta, Hollywood, and Miami. The show happening in Atlanta was received by the audience incredibly well. It has aired for ten seasons, with the last one ending in 2021.

While LHHA waits for a potential renewal, exciting news about its superstar Rasheeda Frost comes from Philo. According to the company’s announcement, the female rapper will be the lead role of the Boss Moves with Rasheeda, exclusively available on this platform.

The news about Boss Moves coming to Philo’s library is a vital feat for this platform. It’s the first original programming piece they’ve ever created. The shooting began in February in Atlanta, and the initial episode will air at some point in the Spring of 2022. The exact release remains a mystery, probably because Philo doesn’t want to rush things with their first TV show.

What Can We Expect from Boss Moves with Rasheeda?

Rasheeda Frost is a star member of the Love & Hip Hop: Atlanta reality TV series. However, she’s primarily a rapper since she has released many albums over the years. Her career began in 1998, but it reached new heights after participating in LHHA.

Today, Rasheeda is also a successful entrepreneur. She is an owner of the luxury Pressed Boutique, available in Atlanta and Houston. In addition, Rasheeda owns an accessory and apparel website, and she created the Poiz Cosmetics makeup line.

It’s clear why she’s the perfect choice for Boss Moves. Rasheeda will welcome viewers into her world and share secrets to growing and managing a business empire. The audience will see how Rasheeda manages her businesses, ranging from fashion to restaurants and real estate holdings. In addition, viewers can benefit from valuable tips on how to take their companies forward. Apart from that, we’ll glimpse Rasheeda’s home, cooking capabilities, and other saucy details.

Boss Moves with Rasheeda will feature 12 episodes. Each will last 30 minutes, and Philo won’t release them all at once. Instead, you can expect a new episode in the content library every week. Kin agreed with that’s a deal, and the company believes the show will have great success.

“There’s huge excitement about debuting Boss Moves with Philo. Our company keeps making content that resonates with all women, regardless of their background and location. We believe that this series will attract audiences searching for diverse, talented, and strong talent,” said Tejal Ajmera, the Chief Organizational Officer at Kin.

Rasheeda Frost Lands Her Own Show

Rasheeda Frost is the perfect fit for the Boss Moves show. As a series that focuses on female lifestyle and empowerment, it’s hard to find a better celebrity for the lead role. Rasheeda achieved success in multiple fields, including music, writing, fashion, business, etc.

The female celebrity was first a musician. She joined the female hip-hop trio Da Kaperz in 1998. Rasheeda left the group two years later and started her solo career. It took a while to succeed, but she finally did that with the “Got That Good” single in 2007.

She joined the cast of Love & Hip Hop: Atlanta in 2012. Although Rasheeda didn’t give up on music, she announced retiring from that industry in 2015. As it turned out, the artist has excellent entrepreneurship capabilities. The launch of a cosmetic line and a boutique turned out to be a great success. Today, the star is a successful businesswoman that runs several brands successfully.

Rasheeda’s personal life has been attracting attention again lately. First, the star revealed that she’s separated from her husband, Kirk Frost. They’ve spent over 20 years married and have two sons – Ky and Carter. Rasheeda pinpointed that she and Kirk are doing everything they need to do for the family.

It remains to be seen whether the potential divorce or getting back together would be the topic of the Boss Moves show. There is no indication about the actual potential plot, except it will revolve around Rasheeda’s life. And while the business aspect will likely be the primary focus, we could get some love intrigue that’ll spice up the show.

Philo partnered with Kin to work on the new series. The company believes this will be an integral partnership. Apart from working on unique content, you can already access other titles created by Kin on Philo. Those include Heart of the Batter, Hello Hunnay, and the famous “Really, Truly, Maybe” starring Christina Milian.

It’s an obvious move toward female-focused lifestyle content for Philo. Creating original shows is always a positive step, and it remains to be seen how much success Boss Moves will have. Check out our detailed Philo review if you want to learn more about Philo.

According to the available information, Kin’s library on Philo will count 65 hours of content in the beginning. The best part is that existing subscribers won’t have to pay anything extra. The entire set produced by Kin will be available in Philo’s basic package. It’s currently available at $25 monthly, and there’s no news the price will change anytime soon.

There’s clear excitement at Philo over the next business moves. The company has a long history that goes back to 2010. While the initial idea was to offer a streaming option to college students who can’t access the cable network, the strategy has changed significantly. It’s interesting that Philo never had the desire to offer sports content. Instead, they indicate it’s how they can manage programming costs and keep their subscription packages affordable.

Andrew McCollum, the manager who co-founded Facebook, took over the company and decided to expand its services nationwide in 2017. As a result, Philo reached 800,000 subscribers in 2021. They are aiming to reach the first million soon.

“Kin’s programming offers diverse content, and we are happy to make it available to our readers. Their content focuses on entertainment but also on female empowerment and entrepreneurship. That’s an excellent fit for the Philo’s community,” revealed Mike Keyserling, the company’s Chief Organizational Officer.