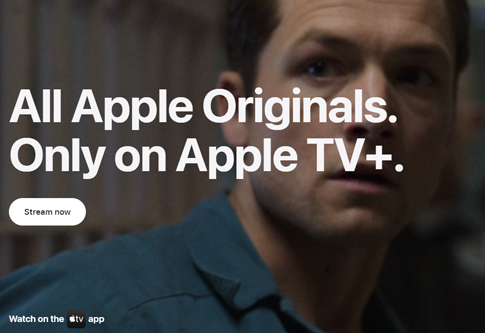 The Disney+ simultaneous streaming policy is more generous than what you’ll find at competing streaming services. Even better, Disney+ lets you download content to mobile devices which should make family roadtrips a lot easier.

Get half off if you sign up now. Try Sling TV today.

How many simultaneous streams come with Disney+?

Disney+ lets you and your family stream to as many as four devices at the same time. In some cases, Disney’s simultaneous streams are available in 4K UltraHD resolution.

When it’s time for the family vacation, Disney+ could save parents’ sanity. Disney+ lets you download as much content as you want on up to 10 devices. That means each one of your kids can load their own library on their devices. No more arguing, no more drama.

The only catch is that each device must connect to the internet at least once a month. Provided you do that, the downloaded content will remain in the Disney+ app as long as you keep your subscription active.

What devices can I use to watch Disney+?

You can take advantage of the Disney+ simultaneous streaming policy on a wide range of devices. All Roku-branded devices as well as TVs that run Roku’s smart TV interface will work with Disney+

Apple users will have no problem with Disney+ either. Whether you own an iPhone, an iPad or an AppleTV, Disney+ has an app.

The same is true for people with Android phones or Android TV devices. After early concerns that Disney and Amazon wouldn’t deal with each other, the two companies agreed to make the Disney+ app available on Amazon Fire TV devices.

If you have certain models of Samsung or LG televisions, you’ll find the Disney+ app in that smart TV’s app store.

Gamers who use their Microsoft or Sony game consoles to watch streaming content can also find the Disney+ app. The streaming service supports all versions of the PlayStation 4, PlayStation 5 and the Xbox One as well as the Xbox Series X and Series S.

Is Disney+ a premium streaming service?

Many streaming services charge extra fees for simultaneous streaming and downloadable content. The good news is that Disney+ includes all of its features and content for a single, low monthly cost. It’s currently slightly more expensive than its price at launch — and has new prices coming on December 8th when it launches an ad-supported tier — but it’s still a great deal. You can also pay annually, which gets you about 2 months for free versus paying monthly for a whole year.

Find out all you need to know in our detailed Disney+ Review, or see how it lines up against other leading services such as Disney+ vs Netflix, Disney+ vs HBO, and Disney+ vs Apple TV+.