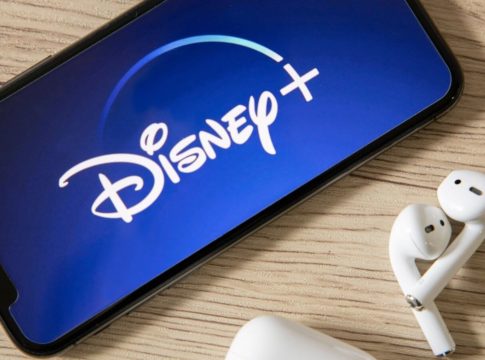 Since launching in 2019, Disney+ has amassed a large fanbase—almost 130 million as of the first quarter of 2022. It’s one of the best family streaming services around, and with its huge repertoire of family-friendly movies, documentaries and TV shows, it’s not hard to see why.

But if you’re looking for more than just Disney content, you may be considering what your other options are. The top Disney+ alternatives worth considering are: Hulu, Amazon Prime Video and Netflix.

Hulu is the best alternative without giving up Disney+

Co-owned by Walt Disney and NBCUniversal, Hulu has over a decade of experience in the streaming industry, and has amassed quite the good reputation. With hit shows like The Handmaid’s Tale, The Girl From Plainville and The Dropout, Hulu offers you some of the most binge-worthy TV series on the planet.

But here’s where it gets good: with Hulu, you have the option to not give up Disney+ entirely. The Disney Plus bundle gives you Hulu, Disney+ and ESPN Plus at a discounted price.

So if you’re not ready to say goodbye to your Disney+ subscription just yet, or you’re looking for another streaming service to fulfill your need of more adult-centric content, the Disney Plus bundle might be just what you need.

When it comes to just Hulu, you’ve got two options: an ad-supported plan for $6.99/month and an ad-free plan for $12.99/month. Regardless of which plan you get, you’ll get the same content library.

If you sign up for the Disney Plus bundle, you get Disney+, Hulu and ESPN Plus for $13.99/month — that saves you a whopping $8/month if you were going to subscribe to each of the services separately.

With the Disney Plus Bundle, you get a bit of everything. You’ll get all the shows and movies you love from Disney+, along with live sports and popular sports documentaries on ESPN+, and all the best Hulu Originals.

If you were to only get Hulu, you’d still get access to Hulu’s huge on-demand library, which is more than enough to keep the whole family entertained. You can catch classics like Survivor, and tons of children’s programming like Adventure Time, The Amazing World of Gumball and Matilda.

Sadly, Hulu only offers 2 simultaneous streams, which is less than Disney+. But where Hulu lacks in streams it makes up for in an unbeatable 1-month free trial. Try it out for a month risk-free and see if it’s for you.

Prime Video was Amazon’s breakthrough into the world of streaming services, and with over 175 million users, we can say that they’ve done quite well. Their huge success probably has a lot to do with bundling Prime Video with a Prime membership for free, 2-day shipping on Amazon orders. For families that can’t always find the time to go to the store, the bundle is a staple.

Prime Video costs $8.99/month to access Amazon’s on-demand catalog and some live channels. For $14.99/month, you get Prime Video and an Amazon Prime membership, which gives you free and faster shipping on Amazon orders. So if you regularly get your groceries or other household necessities on Amazon, this could be a great option for you.

Disney+ doesn’t currently offer live channels, but Amazon Prime offers a few at an additional cost. Some of these channels are: Paramount Plus, Discovery, STARZ, Cinemax, NBA League Pass, SHOWTIME, BET Plus, PGA Tour Live, and more. The channel prices range from $3/month to $29/month.

The STARZ channel costs an additional $8.99/month and comes with live and on-demand content for the whole family. In their lineup, you’ll find Thor: The Dark World, Jumanji: Welcome to the Jungle, Oz: The Great and Powerful, Spider-Man: Homecoming, and more.

But in case you want to keep your plan as cheap as possible and you’re just looking for on-demand content, Prime Video’s own library does not disappoint. You’ll find award-winning shows like The Marvelous Mrs. Maisel and Fleabag, family favorites like Kung Fu Panda: The Paws of Destiny and Tumble Leaf, and tons more content across various genres.

Prime Video subscribers can watch on 3 devices at the same time, which is usually enough for most families with young children. Unfortunately, if you’re looking for the 4 streams like you get with Disney+, there isn’t currently a way to get that with Prime Video.

But if you’re worried about device compatibility, don’t be. Another great thing about this service is that there are many compatible Prime Video devices. Take a look at our Amazon Prime Video review to learn more, and read our guide to find out how to get Amazon Prime Video on your TV.

Netflix is the best Disney+ alternative for more variety

Netflix is widely considered Disney+’s biggest competitor. Both streaming services are incredibly popular for the whole family. Where Disney+ is more geared towards children, Netflix has a wider range of content for all ages and interests.

This is a bit pricier than Disney+, especially if you’ve got a larger family. But Netflix is feeling the heat. After their latest price increase in January 2022, they lost 200,000 subscribers in just the first quarter of 2022. In response, Netflix’s co-CEO Reed Hastings confirmed that they will be rolling out a cheaper, ad-supported plan within the next couple years.

So if you’re looking for a budget-friendly alternative to Disney+ and don’t mind sitting through a few ads, you might still be in luck if Netflix is your top choice.

There’s really no competing with Netflix’s wide range of on-demand content. Netflix puts out original content faster than people can watch them, and the content is very good. Emmy, Grammy, Golden-Globe, Oscar-winning good.

When you hear friends chatting about the hottest new show, most of the time, it’s a Netflix original. Think of some of the most popular shows of the last decade: House of Cards, The Crown, Stranger Things, Ozark… not to mention all the buzz that gets generated after they release yet another wild ride of a documentary.

You won’t find device support like Netflix — you can watch Netflix on basically any device. But otherwise, both Disney+ and Netflix are quite similar when it comes to features. However, Disney+ offers all its features included in its $7.99/month plan. With Netflix, you have to get the Premium plan to get 4 streams and enjoy select titles in Dolby Atmos audio.

Choose the right Disney+ alternative for you

As you can see, there are several great Disney+ alternatives out there. Whether you want something a little cheaper, something with more variety, or something that aims at a different sort of audience, there are plenty of super streaming services to choose from. Overall, we can recommend Hulu as arguably the best option for most people, due to its wide range of content and the fact that you can bundle it with Disney+ to get that same great content, but with an even bigger library.