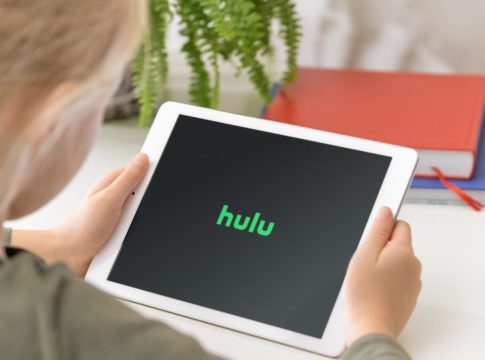 Hulu has invested big in original content, and it’s paid off for the Disney-owned streaming service. With some popular favorites like The Handmaids Tale and Little Fires Everywhere, Hulu has become one of the top streaming services for original movies and shows. The streaming service covers all the genres including seat-clinching thrillers to laugh out loud comedy originals. And the best part – Hulu offers a free trial so you can watch Hulu Originals risk free.

Along with a free trial, Hulu has a solid lineup of plans. Hulu offers two plans for their on-demand content including the Hulu standard plan for $6.99 a month and the Hulu (No Ads) version for $12.99 a month. The streaming service also has a live TV option that gives users access to the entire on demand library as well as 70+ live TV channels starting at $64.99 a month. All the plans give the option for a free trial, but the live TV free trial only lasts for 7-days compared to the 30-day free trial for the on-demand plans.

The following list is compiled of our favorite Hulu Originals.

The Handmaid’s Tale follows the story of June Osborn, now made to go by Offred, as she navigates her new reality as a handmaid in a fundamentalist theocratic dictatorship in the country of Gilead, formerly known as the United States. Based on the novel by Margaret Atwood, this disturbing yet fascinating story will draw you in from the very beginning.

Fun facts about The Handmaid’s Tale:

Another Hulu original based off of a book, Little Fires Everywhere explores the well-off Richardson family after a mother-daughter duo of a different background turns their world upside down. The series is set in Shaker Heights, Ohio in the late 1990’s and stars Reese Witherspoon and Kerry Washington.

Only Murders in the Building

Selena Gomez is back! Only Murders in the Building, which premiered on Hulu on August 31, is a comedic murder-mystery series about three true-crime obsessed strangers who find themselves investigating a crime that took place in their Upper West Side apartment building. The series was created by notable characters Steve Martin and John Hoffman.

Fun facts about Only Murders in the Building:

The United States vs. Billie Holiday

The United States vs. Billie Holiday tells the story of a famous American jazz and swing music singer, based on the book Chasing the Scream: The First and Last Days of the War on Drugs by Johann Hari. Andra Day was nominated for the Academy Award for Best Actress and won the Golden Globe Award for Best Actress – Motion Picture Drama for her portrayal of Holiday.

Fun facts about The United States vs. Billie Holiday:

If you are even slightly aware of pop culture happenings, chances are you’ve heard of the Fyre Festival scandal. Fyre Fraud is a documentary directed by Jenner Furst and Julia Willoughby Nason that details the infamous failed 2017 musical festival founded by Billy McFarland and rapper Ja Rule. The documentary explores the events that led to the disastrous, heavily promoted festival, which was created in order to promote an app for booking music talent.