You can watch Nick at Nite live without cable with one of these streaming services: Philo, fuboTV, Hulu With Live TV, DirecTV Stream, or YouTube TV. In this article, we’ll help you decide which option is best for you. Let’s get started!

Wondering what you can watch on Nick At Nite today? The Flixed TV Guide for Nickelodeon (Nick At Nite) has all the information you need. It’s fast, interactive, and easy to use, so give it a try now.

Watch Nick at Nite on Philo

Philo is a newer entrant into the Internet TV scene. It offers a good selection of cable channels for an extremely low price. Here are the details.

Philo offers only a singe package of channels, which comes with 65+ total channels and will cost you $25/month. It comes with Nick and Nick at Nite. You can learn more here.

With this package, you get Nick and Nick at Nite. You also get Nick Jr and TeenNick, though Cartoon Network is absent. Other included channels include TV Land, where you can watch even more great throwback sitcoms. You’ll also get The Cooking Channel, MTV Live, and NickToons. Learn more here.

Philo has a lot to offer, particularly for cord-cutters who don’t need locals, sports, or news channels. And with the Flixed TV Guide for Philo, you can get an inside look at all of the shows, movies, and other content airing on this service for the next week. Give it a try now.

You can watch Nick at Nite without cable on most top streaming devices with Philo, including web browsers, Amazon Fire TV, Roku, and Apple TV, iOS, Android, and more. Learn more here.

Another great feature of Philo is 3-device simultaneous HD streaming. You and your family can stream on up to 3 devices at once, which is better than what some other services have to offer. Learn more here.

Despite the low cost of Philo, you get a very good set of features. You get a free DVR included in your subscription, which allows you to save unlimited shows for up to a full year. There are no other restrictions, so you can record as much Nick at Nite programming as you want. Learn more here.

Philo has a good selection of on-demand shows, sourced from the different channels, like Nick, which it carries. You can watch most recently-aired shows, a selection of past seasons, and a reasonable lineup of top movies. Get more details here.

Watch Nick at Nite on fuboTV

fuboTV was founded in 2015 to focus on sports programming, but it has expanded quite a bit since the, and now offers a well-rounded selection of cable and network channels, including Nick at Nite. Learn more now.

fuboTV’scheapest package costs $69.99/month, and comes with Nick and Nick at Nite. To see a full list of what comes in the package, as well as an overview of extra channel add-ons, click here.

fuboTV will give you 100+ channels with its base package, and more if you upgrade. This includes Nick, as well as Nick Jr., and other popular entertainment networks like Paramount Network, Comedy Central, and Cartoon Network, just to name a few. You can see a full list here.

fuboTV lets you watch content from 100+ channels. That can be a bit overwhelming, so we put together the Flixed TV Guide for fuboTV. Whether or not you’re a subscriber to fuboTV, you can use this ad-free, sleek guide to see all the shows, movies, sporting events, and other content airing on fuboTV. It offers comprehensive details for every piece of programming, and shows you the schedule up to a week in advance, so give it a try now.

fuboTV has support for most modern streaming devices. On the go, you can watch on iOS and Android, as well as your web browser. At home, you can watch on Apple TV, Amazon Fire TV, Roku, and Chromecast. Learn more here.

With fuboTV, you’ll be limited to 10 simultaneous streams at home and up to three streams outside your home, which should be plenty for most people. Learn more here.

You’ll get a free 250-hour cloud DVR with fuboTV. You can upgrade this to 1000 hours with an optional add-on, or with one of the higher-tier fubo plans. Learn more here.

fuboTV has a good selection of on-demand programming from the cable channels and networks that it carries, though the content available varies. You can expect most recently-aired episodes to be available on-demand, as well as some past seasons and a lineup of top movies. Learn more here.


Watch Nick at Nite on Hulu With Live TV

Hulu With Live TV is another solid option if you want to watch Nick at Nite without cable. It keeps things simple, with one plan at a single price, and a few optional add-ons. Let’s get into it.

Hulu With Live TV costs $69.99/month. For your money, you’ll get 75+ top channels. There are a few optional add-ons you can add to your subscription, but you don’t need them to watch Nick at Nite. Learn more here.

You’ll get over 75 channels with Hulu With Live TV, including Nickelodeon and Nick at Nite, as well as ESPN, Fox News, HGTV, and tons of other top channels. From news to entertainment, sports, and more, you’ll be covered. Learn more here.

You can watch Hulu With Live TV on pretty much any device. This includes iOS and Android devices, web browsers, Roku, Amazon Fire devices, Apple TV, Chromecast, and most smart TVs and gaming consoles, too. Learn more here.

The Hulu With Live TV DVR offers unlimited storage for up to nine months. That means you’ll have plenty of space for shows like Young Sheldon, Friends, and more. Learn more here.

Your Hulu With Live TV subscription also comes with a Hulu on-demand membership. That means that you can watch its entire library of content at no extra charge, including top Hulu Originals like The Handmaid’s Tale. Learn more here. 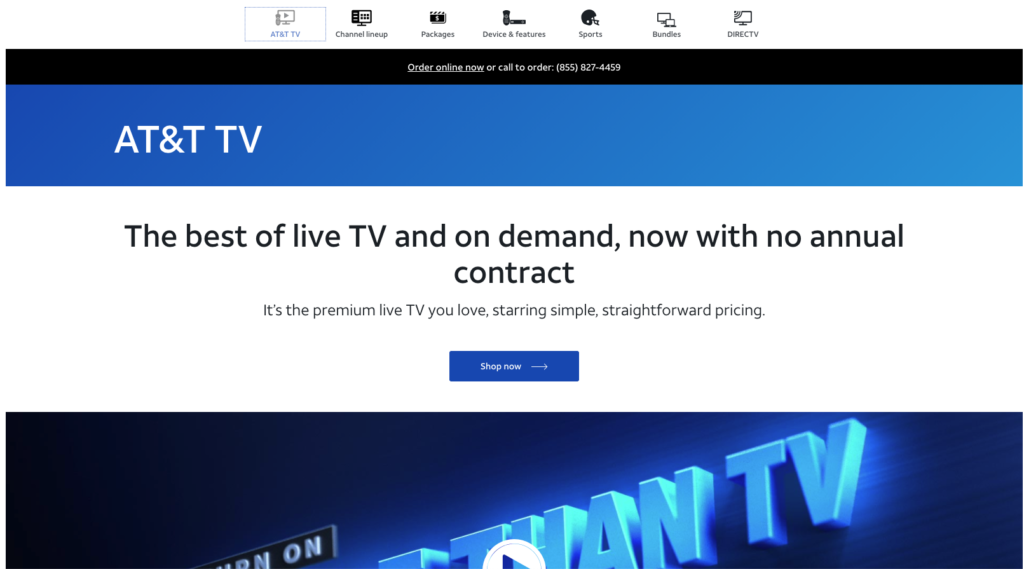 Source: AT&T TVDirecTV Stream is the successor to AT&T TV, which has been discontinued. It may be pricey, but it’s a pretty good way to watch Nick at Nite without cable, and it has reasonably good features when compared to other top internet TV services.

DirecTV Stream pricing starts at $69.99/month for the Entertainment package, and Nickelodeon and Nick At Nite are included in this lowest-tier package. Learn more here.

DirecTV Stream has a lot of great channels, and if you want a preview of what’s on those channels before you sign up, the Flixed TV Guide for DirecTV Stream is a great option. With this simple, streamlined guide, you can see a preview of every channel, show, movie, and sporting event offered by DirecTV Stream – up to a week into the future! Give it a try now.

The DirecTV Stream DVR has unlimited storage. You can record all of your favorite shows and keep them for up to nine months. However, you are limited to recording up to 30 episodes of each show. Learn more here.

DirecTV Stream gives you lots of on-demand content sources from its various cable partners. You can also get a free HBO Max subscription this service, but that’s only with higher-tier plans. Learn more here.

YouTube TV has Nickelodeon as part of its package, and by extension, that means you can use it to watch Nick at Nite without cable. Learn more below and see if it’s right for you.

YouTube TV keeps things simple. It costs $64.99/month for its base package, which contains 85+ top channels, such as Nickelodeon. Learn more here.

As mentioned, you get 85+ channels with YouTube TV, including Nick at Nite as well as MSNBC, Fox News, CNN, FX, Fox Sports, ESPN, HGTV, and lots of other news, entertainment, sports, and lifestyle channels. Learn more here.

Curious to learn more about the channels and programming available on YouTube TV? Check out the Flixed TV Guide for YouTube TV now. With this easy-to-use TV guide, you can see everything airing on YouTube TV up to a week in advance, and find out if it’s right for you. Learn more here.

YouTube TV lets you watch on pretty much any device, including web browsers, iOS and Android, Amazon Fire TV, Chromecast, Roku, and Apple TV, as well as Xbox and PlayStation consoles and some smart TVs. Learn more here.

With YouTube TV, you can watch on up to 3 devices at once. You can pay for the 4K Plus add-on to get unlimited at-home streams, if you want. Learn more here.

The YouTube TV is one of the best in the business, full stop. With it, you can record unlimited content for up to 9 months, after which time it will be automatically deleted. Learn more here.

Like most of the other internet TV services out there, YouTube TV doesn’t really have its own on-demand library. Rather, each individual channel that’s part of the package provides its own content to YouTube TV. You can watch lots of shows and movies on-demand, but the lineup of content tends to vary quite a bit over time. Learn more here.

How to Watch Nick at Nite on Amazon Fire TV

You can watch Nick at Nite on Amazon Fire TV with one of these streaming services: Philo, fuboTV, Hulu With Live TV, DirecTV Stream, or YouTube TV. Just download the app for the streaming service to which you’ve chosen to subscribe on the Amazon App Store, install it, and enjoy.

How to Watch Nick at Nite on Roku

You can watch Nick at Nite on Roku with one of these streaming services: Philo, fuboTV, Hulu With Live TV, DirecTV Stream, or YouTube TV. Just download the proper channel from the Roku Channel Store to get started, and then enjoy Nick at Nite without cable on Roku.

How to Watch Nick at Nite on Apple TV

Nickelodeon Websites and Apps – No Nick at Nite Programming

However, you won’t find any Nick at Nite programming on any of these websites, which is a bit disappointing, but not surprising.

Nick at Nite shows are mainly limited to airing at night due to syndication agreements with major networks. For example, TBS owns exclusive rights to Friends during the day – so Nick at Nite can only air Friends episodes at night.

This means that most Nick at Nite shows are not available on-demand, even through cable providers. You can’t watch them on Nick.com or on the Nick mobile app.

While there is an official Nick at Nite website, it’s very limited in functionality. It serves as a place to see the full schedule of Nick at Nite programming, and view some animated GIFs – and that’s about it.

If you want to stream Nick at Nite shows on-demand on Nick.com or even through your cable provider, you’re out of luck. However, you do have some other options for watching these shows. They’ll just cost you a bit more.