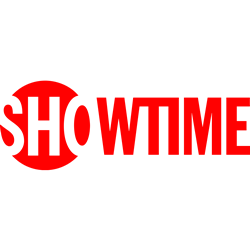 Home to gritty dramas, black comedies, and award-winning movies, Showtime is arguably one of the best premium cable services out there. The network’s streaming service has been around for quite some time, having launched its first iteration back in 2010. Since then, it’s continued to make a name for itself as a viable premium cable streamer and a worthy contender to similar services like HBO Max and STARZ.

Many users flock to Showtime to binge classics like Dexter, Shameless, Billions, and more. In fact, there’s an endless variety of programs on the service for you to check out. Your Honor is one of Showtime’s latest original series, promising a gripping watch for those who like their entertainment to be drenched in drama!

If you’re intrigued by the story of a judge who struggles to deliver justice when his own family is involved, you’ll love this new series from Showtime. Your best bet for watching it will be through a Showtime subscription; however, if you want to stream it elsewhere, you’ve got plenty of options!

What streaming services have Your Honor?

Your Honor first premiered on Showtime in 2020. New episodes were available to stream on the standalone Showtime app the same day they premiered on the channel. Since the initial premiere, the series has remained on Showtime and is now offered on a few other popular services as well.

You can stream the entire series on Amazon Prime Video with an Amazon account for a flat rate of $27. The first episode of Your Honor is available for free on the service, while the rest can be purchased for $3 each. Keep in mind that if you buy these episodes, you might not always have access to them, as Amazon reserves the right to remove content from its servers at any time.

If you already have an Amazon Prime Video subscription, you can purchase the Showtime add-on for an additional $11/month to gain access to Your Honor. This option comes in handy if you’re hoping to keep up with other Showtime shows and movies, as you’ll get to explore the service’s extensive library with your purchase!

If neither of these options sound right for you, you can always head over to iTunes, Google Play, or Vudu to purchase individual episodes of the series for $3 each. Again, you may not always have access to these episodes if a service decides to pull the series from its library, but for now, you should have no problem streaming Your Honor through these platforms.

The three services above are going to be your best bets for streaming Your Honor. The show is available to purchase through Amazon Prime Video and Vudu, two viable options for avid drama bingers. If you’re not interested in buying the show, a standalone Showtime subscription will give you access to Your Honor and other Showtime classics.

The services above are relatively comparable when it comes to getting the best bargain. Each offers three simultaneous streams, so you and other members of your household can enjoy your content at the same time.

Showtime and Amazon also both offer live TV streaming. However, it’s worth noting that you’ll only have access to Showtime programming with their streaming subscription, and some of Amazon’s live offerings may require cable provider credentials.

Can you watch Your Honor for free?

Unfortunately, there’s no way to watch Your Honor for free. All current streaming options require viewers to purchase individual episodes or subscribe to Showtime. With that being said, Amazon Prime Video currently offers the first episode for free, so you can always give it a test run before committing to a service!

This option allows potential fans of the show to get a feel for what it’s about before deciding on and purchasing an official way to watch. However, if you’re looking to stream the entire series for free, you’re out of luck for now!

What is Your Honor about?

This limited series led by Breaking Bad alum Bryan Cranston tells the story of a Louisiana judge who finds himself embroiled in a dangerous game. When the son of a local crime lord winds up dead in a hit and run, we learn early on that the driver is Adam, the judge’s son. As the story unfolds, we see that Adam’s mistake may cost him everything.

The series is 10 episodes, making for a relatively quick watch. But be warned—it’s a slow burn. We spend a lot of time getting to know the characters before anything significant happens, but once it does, you’re in for quite a ride! In sum, the show is a surprising watch with big reveals and a shocking twist that will leave you breathless.

Upcoming seasons for Your Honor?

Your Honor was initially released as a limited series on December 6, 2020. Due to its resounding popularity, Showtime announced that the series and Bryan Cranston will return for a second season. Filming is slated to begin in early 2022, and fans can look forward to the next installment’s premiere later that year.

Best way to watch Your Honor

The best way to watch Your Honor is with a Showtime subscription. The standalone Showtime subscription will only cost you $11/month, with a 30-day free trial to help you solidify your decision. With a bounty of quality content like Your Honor for cord-cutters to enjoy, Showtime is quickly becoming one of the most competitively-priced premium cable streamers out there.