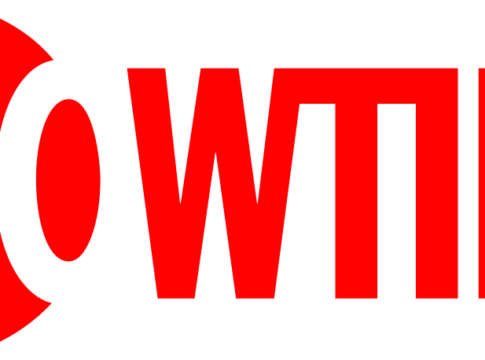 Dexter is an American crime drama starring Michael C. Hall, Jennifer Carpenter, C.S. Lee, David Zayas, and James Remar. In 2006, Dexter Morgan made his first appearance on Showtime and continued to captivate fans with his bloody escapades for eight seasons. With a revival of the hit series coming soon to Showtime, now’s the perfect time to binge-watch Dexter.

All eight seasons of Dexter are available to stream on Showtime, which you can subscribe to directly or as an add-on to your current Hulu, Youtube TV, Sling, fuboTV, or Prime Video subscription. However, if you have Prime Video, you don’t need the Showtime add-on to access all seasons of Dexter.

Showtime is a premium cable channel offered as a standalone app or add-on to subscriptions like Hulu or Prime Video. This network is well known for incredible original content like Dexter, Shameless, Billions, The Affair, and Ray Donovan.

What streaming services have Dexter?

All eight seasons of Dexter are available through the Showtime app (or Showtime add-on), Prime Video, FuboTV, DirecTV, and Spectrum On-Demand. If you’d rather own Dexter than stream it, you can do so on AppleTV, Amazon Video, Google Play Movies, and Vudu.

It’s worth noting that season 9 is debuting on Showtime exclusively—so if you’ll need to have access to Showtime to enjoy the newest season as it airs live.

You have plenty of options when it comes to watching Dexter, but the most straightforward platforms for streaming are Showtime and Prime Video. A Showtime subscription will give you complete access to the entire series for just $8.99/month.

With Prime Video, you don’t need the Showtime add-on to access the first eight seasons of Dexter. However, only the first season is free for subscribers—after that, you’ll have to pay $2.99/episode or $24.99/season. If you want to access any other Showtime titles, you’ll have to add the channel to your subscription.

Additionally, you can access Showtime as an add-on to base subscriptions like FuboTV, YoutubeTV, Hulu, Prime Video, SlingTV, and Paramount Plus. The price of this add-on varies from one platform to the next. This is an excellent option for those who are already subscribed to one of these services and want to explore all that Showtime has to offer. However, if HBO Max is your preferred streaming service, you won’t be able to add Showtime to this platform unless it’s bundled with your Hulu account.

There are no options for renting Dexter, but you can own digital versions of the seasons through services like AppleTV, Vudu, Amazon Video, and Google Play Movies.

When it comes to watching Dexter, Showtime is the most affordable option for streaming. It’s also the only platform that gives you access to the entire series without having to purchase episodes or package add-ons. Plus, you’ll get to keep up with the killer’s most recent antics as the latest season premiers on the network!

Can you watch Dexter for free?

You can stream the first season of Dexter for free if you’re a Prime Video subscriber. But unfortunately, there’s no way to stream the entire series for free as of now. If you’re unsure if you’re ready to take the leap, you can always try a free trial from Showtime to start the series—just don’t forget to unsubscribe if you decide against finishing the show!

What is Dexter about?

Dexter Morgan is a forensic technician who hunts down violent criminals that try to evade the justice system. The catch? He has some “killer instincts” of his own. Working inside the police force, Dexter is able to hone his craft while staying closely involved in cases, gaining insider insights and new strategies.

The eight-season series follows Dexter as he struggles to control his own compulsions while trying not to get caught. As a viewer, you get a unique perspective of Dexter, whose dark, witty inner monologue keeps his normal-guy facade and his psychopathic desires at extreme odds.

The cast consists of stars like Michael C. Hall, Jennifer Carpenter, and James Remar. While the series is definitely not a comedy, humor is used for relief without overshadowing the dark atmosphere of Dexter. Unafraid to make bold choices for the show, the writers give viewers drama, romance, suspense, and conflicting feelings as they push you to root for the serial killer.

Throughout its runtime, Dexter received 24 nominations and 4 Emmy awards and was wildly popular on Showtime from the moment it debuted. While the series initially ended on a controversial note, fans were enraptured with the story from start to finish.

Get ready—the resurgence of Dexter, a season titled New Blood, is coming back to Showtime on November 7, 2021. After the original series finale in 2013, fans expressed disappointment with the ending. Let’s see if this upcoming season rectifies the past and breathes new life into one of the world’s most beloved killers!

If you’re ready to dive straight into the tumultuous plastic sheeting of Dexter’s world, the best place to do so is Showtime. Since it’s available as an add-on on many popular streaming platforms, subscribing and accessing the service is simple and straightforward. Dexter is an incredibly entertaining show and one that everyone should watch at least once, so get going before the new season premieres and Twitter spoils it for you!