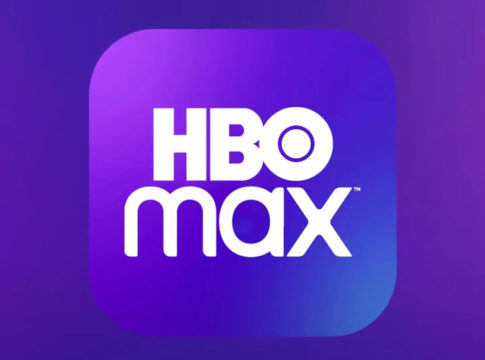 HBO Max has grown to be one of the top streaming services for on-demand movies, shows, and originals. Not only does HBO Max stream all original HBO Max movies, but the service offers films from Warner Bros, Summit Entertainment, Universal Pictures, and 20th Century Studios. It’s library holds over 1300+ movies that are all available on-demand, spanning many decades and genres perfect for the whole family. The AT&T-owned company released HBO Max in May of 2020 to reach a wider audience and allow viewers to enjoy HBO content from their streaming devices. We’ve narrowed down our top choices for best movies on HBO Max for August 2022 here!

Looking for a horror-filled movie about a young woman tormented by visions of gruesome murders? Look no further. HBO Max recently premiered Malignant, a film about Madison (Annabelle Wallis) who is terrified when she realizes her horrifying visions are true realities. This movie is the perfect way to start the Fall season that will be taken over by spooky horror films, naturally, as Halloween approaches. And don’t worry, if Malignant is too scary or not enough, they have plenty of other horror picks to enjoy.

The epic Lord of the Rings trilogy is a cornerstone of the fantasy genre. An adaptation from the works of Tolkien and directed by Peter Jackson, the series won a total of 17 Oscars. Its soundtrack is particularly notable as it transports viewers to Middle Earth. Endearing characters and a rich plot make this a fan favorite time and time again.

Based on the novels by Michael Crichton, the Jurassic series spans three decades and is one of the highest-earning franchises of all time. Beautiful scenery, fascinating plot twists, and, of course, dinosaurs make it a thrilling watch. While the first installment is a must-see for its cinematic genius, it surprisingly contains only 15 minutes of dinosaur footage. The succeeding movies introduce viewers to new species and new worlds in a story arc that’s created theme parks and lifelong fans.

The modern Batman franchise is packed with superhero excitement and intrigue. With a star-studded cast set in Gotham City, the Batman series is accompanied by spinoffs such as The Suicide Squad, Joker, and even Lego Batman. The Batman universe expands beyond the “Dynamic Duo” (Batman and Robin) into films alongside compelling characters like Wonder Woman and Superman.

In this classic black and white romance, Humphrey Bogart and Ingrid Fernandez star as two main characters, Rick Blaine and Ilsa Lund. Set in WWII, the story of star-crossed lovers has been a favorite for generations. It’s a one-of-a-kind Hollywood gem that was later adapted into a musical theater production.

David Lynch’s first film, Eraserhead, is an experimental horror flick. It has become a cult classic for its extraterrestrial themes and body horror. Set in an urban dystopia, it tells of the main character, Henry Spencer, his girlfriend, and their alien mutant baby with its constant crying that drives the lead insane.

An American Pickle is a laid-back HBO Max all-original comedy starring Seth Rogan in dual-leading roles. The plot follows the tale of a Jewish pickle factory worker, Hershel Greenbaum, who falls in a vat and is preserved until 100 years in the future. He finds his great-grandson, Ben Greenbaum (Rogan), in New York City, and they are delighted to have found family.

Light on Earth with David Attenborough

This documentary is the third in a three-part series aired originally on BBC narrated by the world-renowned biologist Sir David Attenborough. It features high-resolution footage of ethereal bioluminescent nature and animals for a relaxing and educational watch. Spectacular footage of glowing mushrooms, sea creatures, and worms are the stars of the hour-long documentary.

See the life journey of the King of Rock and Roll in this two-part documentary. See his humble beginnings in Mississippi to his worldwide fame, making him a household name to this day. The series delves into his creative process as a musician and the mark he made on the world as a man. Live footage and interviews with the real people in his life help tell the story authentically of his music career in the 1960s and 1970s.

Studio Ghibli’s film creates a heartwarming story with hand-drawn animation and vibrant colors. Filmmaker Hiyao Miyazaki is one of the most popular in Japan. It tells the story of two girls making friends after moving to a new neighborhood and encountering a mysterious creature, Totoro (misspelling of the Japanese word for a troll). While at its core it is a fantasy flick, it’s partially based on actual events of the director’s childhood of growing up with a mother with spinal tuberculosis.

This charming movie is based on the novel “The Sheep Pig” by Dick King-Smith. Babe is a G-rated comedy-drama starring talking farm animals, with the titular Babe being a particularly adorable pig. Both wholesome and heart-stirring, it follows the life of a pig, babe, who wants to be a sheepdog. The animals were played with real animals and puppet animatronics.

Follow the hijinks of Scooby, Shaggy, and the rest of the crew in the series of a live-action remake of the Saturday morning cartoon favorite. Lighthearted comedy, talking dogs, and musical guests make for a fun and easy watch. This family-friendly live-action series went into development in 1996, and it was released with a reworked cast. The first film was shot in Queensland, Australia.

HBO Max’s wide selection of movies is unlike any other streaming service. Whether you want to laugh, be scared, or catch up on latest documentaries, HBO Max has you covered. New movies are added every month and HBO Max even offers select new movies while they’re still showing in theaters like Godzilla vs. King Kong. With all these options to choose from, our guide above contains a list of some of the best movies to watch to help you narrow down your choices!

What is the cheapest way to get HBO Max?

The cheapest way to get HBO Max is through its official website and app. However, you may encounter slower streaming rates and will have to view ads on HBO Max’s base plan.

How much does it cost to add HBO Max to Hulu?

It costs $14.99 per month to purchase the HBO Max add-on for Hulu. When you purchase the add-on, you can enjoy a streamlined watch experience through a single app.