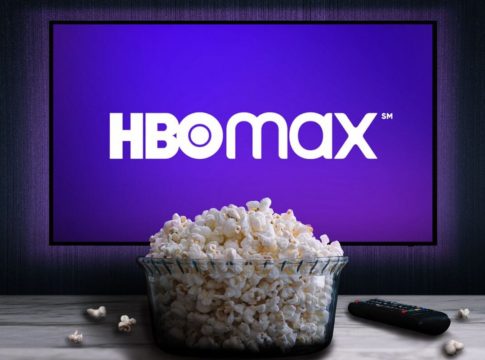 Appropriately named, HBO Max gives you the maximum amount and best selection of action movies and shows. It includes access to all the content available through the HBO app, plus new exclusive shows and movies that are not available anywhere else. If you want action, HBO Max is the streaming service to check out.

The latest streaming service from HBO replaces HBO Go and HBO Now. HBO Max also now includes same day premiers so you can watch newly released movies from the comfort of your home. If you’re a current HBO subscriber, then you already have HBO Max! If you aren’t currently subscribed, you can get all that HBO Max has to offer as a standalone service, an add on to an existing streaming service, or as part of an AT&T TV subscription. You can download the app on Amazon Fire Stick, Apple TV, Roku, and several other devices or web browsers.

One of the first same-day premiere movies that HBO Max launched, The Suicide Squad is technically the sequel to 2016’s Suicide Squad. If you haven’t seen the original film, don’t let it deter you. This action-packed film is a standalone, not a continuation of the original.

The team of supervillains, including Bloodsport and Harley Quinn, are assembled once again for a mission to the enemy-held island of Corto-Maltese. The mission is to seek and destroy the infamous giant alien starfish Starro the Conqueror.

This mind-bending action thriller adds a new layer to time travel coined as inversion or time manipulation. CIA operative “The Protagonist” is recruited by a secret government agency with the power to manipulate time by rewinding and fast-forwarding through it. The Protagonist’s mission is to find the Russian Oligarch and Sator and prevent World War III. He must literally race against the clock to complete this mission as the fate of the entire world rests on one word: tenet.

If you haven’t already seen Game of Thrones, you should. If you have, watch it again. One of the great things about this action-fantasy series is that you can watch it over and over again and still notice something new each time.

In this beloved series, nine noble clans fight — often to the death — to see their ancestors seated on the Iron Throne of Westeros. Throughout the eight seasons, you meet hundreds of characters, each one teetering on the line between bad and good. The characters are complicated, the world is violent, and the storyline is superb. There are things you learn in season one that aren’t even relevant until season eight — that’s how top-quality the writing is. Game of Thrones has something for action fans and non-action fans alike.

Who doesn’t love a group of misfits who come to save the day? Doom Patrol follows a team of disfigured, accidental superheroes whose powers all come from being injured in horrible accidents. These heroes must fight to save the world and their beloved leader, the Chief, even though the world doesn’t want to save them.

Each of the outcasts is filled with heart, personal trauma, and a desire to belong. Part action, part drama, and part superhero buddy comedy, Doom Patrol is sure to put a smile on everyone’s face.

How to Download Movies and Shows on HBO Max

Nearly every past HBO series is available for immediate streaming. You can also download episodes, entire series, and movies for offline viewing. You can download up to 30 items, but heads up — they expire 48 hours after you start watching or after 30 days if left unwatched.

Don’t worry, we can pretty much guarantee that you won’t leave these top action-packed movies unwatched once you download them.

What is the cheapest way to get HBO Max?

The cheapest way to get HBO Max is through its official website and app. However, you may encounter slower streaming rates and will have to view ads on HBO Max’s base plan.

How much does it cost to add HBO Max to Hulu?

It costs $14.99 per month to purchase the HBO Max add-on for Hulu. When you purchase the add-on, you can enjoy a streamlined watch experience through a single app.