With a vast landscape of streaming services that continues to expand, there are so many considerations to make when choosing a subscription. Price and ease of use are undeniably important, but the quality of a service’s catalog is always the most critical selling point. In order to determine which has the best offerings, our friends at JustWatch pooled the IMDb ratings of the movies and TV shows provided by the top five streaming services. According to this data, HBO Max far surpasses the rest in terms of the popularity of its content.

When HBO Max launched in late May, it was billed as a premium version of its preexisting services. That was a bit confusing to potential customers right out of the gate, but they’re working on it: HBO Now will become HBO and HBO Go will be retired by the end of the month. The newest offering consolidates content from collections across WarnerMedia, from HBO to NBC and New Line Cinema to Warner Bros. On IMDb’s 10-point scale, 497 of the 1,287 of the shows and movies currently available are scored as eights. Basically, 39% of HBO Max’s programs are really well-liked. 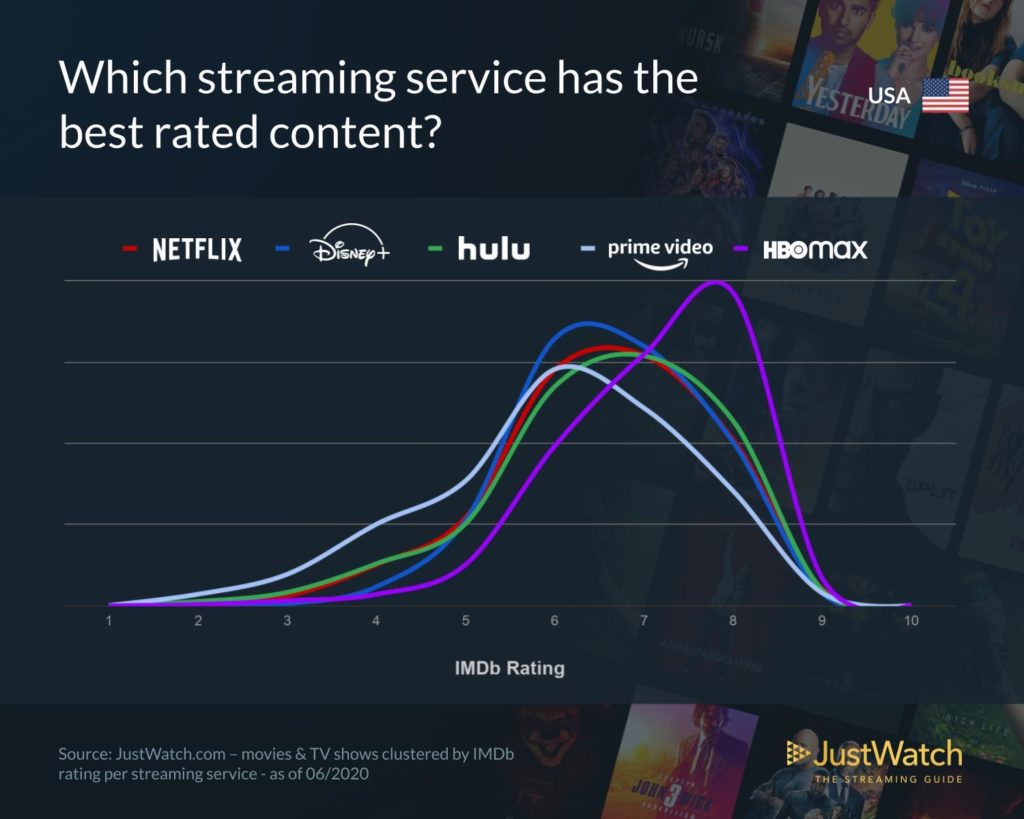 Disney+ is another new player and has the smallest collection of the bunch. Of the 772 movies and TV shows, about 254 of them are ranked as a six. However, the catalog does, as a whole, skew toward the higher end of the scale: About 87% of its titles received a score higher than five. That means that the smallest collection is also the second-best of the lot. 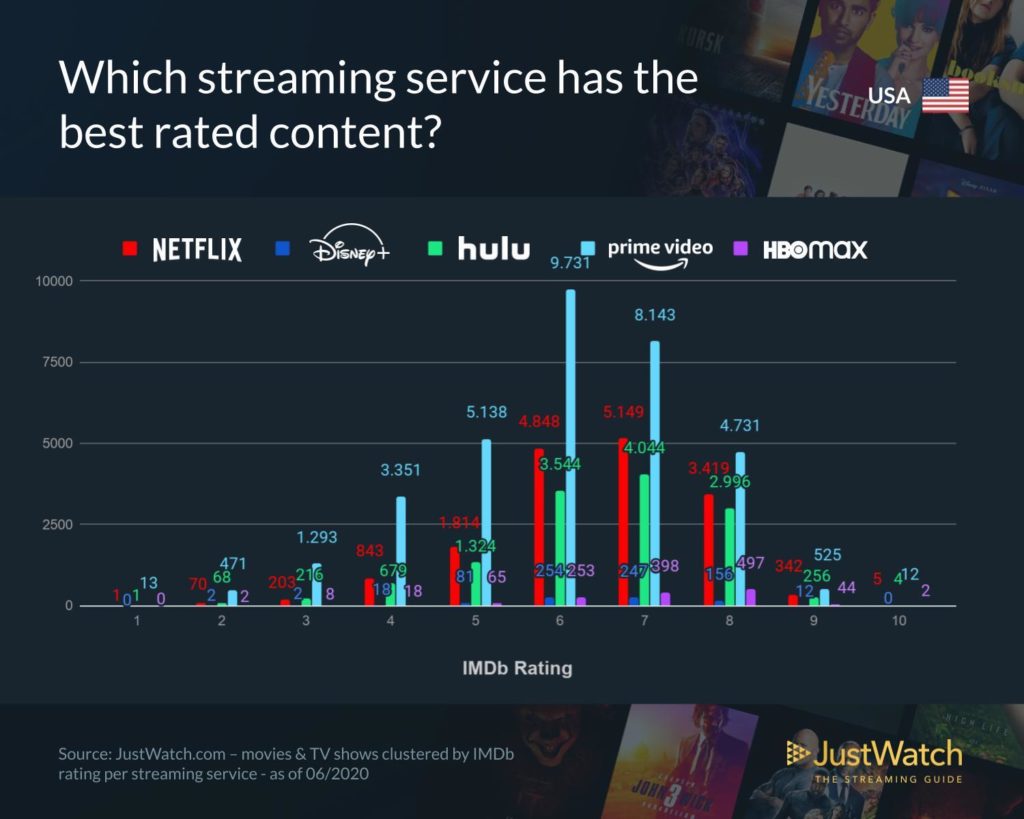 While Netflix has an impressively high long-term retention rate, its collection performs modestly as a whole. The service has over 16,000 movies and TV shows and 82% of them receive a rating higher than five. It seems, then, that while it’s important to have a mix of high-quality content, it is equally important that the selection is large enough that it would be impossible for viewers to ever burn through the good stuff.

Hulu might be an underdog, but it is still a power player. The mode score of its shows and movies was a seven and only 17% of its 13,132 titles received a score of five or lower. In terms of both size and quality, Hulu is neck and neck with Netflix.

Having highly-rated shows such as Friends, Rick and Morty, and The Wire will surely help HBO Max pull in new subscribers, but if the makers of the new streaming service want to compete with Netflix, they will have to substantially beef up the size of the catalog.