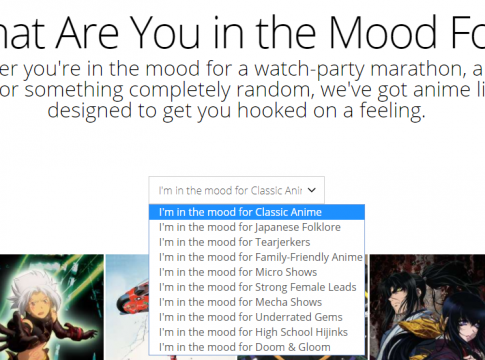 Funimation has been helping anime junkies get their fix since 1994 – but is the anime giant still relevant in an increasingly crowded streaming video market? We recently took Funimation Now for a spin to find out how it stacks up against two other popular anime platforms.

By the time you reach the end of this Funimation Now review, you’ll know everything you need to know about Funimation Now including how much it costs to subscribe, what you get with a free account and more.

Most of Funimation’s recent anime tiles are locked down behind the paywall, but you can access a huge library of classic anime shows and movies without paying a dime.

What Do You Get With a Paid Subscription?

In addition to fresh dubbed versions of popular anime shows, a premium subscription to Funimation Now strips the ads out the videos and allows you to stream from two devices simultaneously.

On YouTube, you can stop ads from popping up with ad blocker software. Ad blockers don’t work on Funimation Now, though. If you try to watch Funimation Now with your ad blocker on, you’ll run into this message:

The free version of Funimation Now doesn’t bombard you with ads. However, the ads that you do see are repetitive – so they do get annoying. Removing Funimation Now ads by upgrading to a paid account could be worth it if you intend to use Funimation Now on a regular basis.

As mentioned above, Funimation Now’s SimulDub system allows you to enjoy dubbed versions of anime shows just hours after they air in Japan. Funimation hires professional voice actors to dub new anime shows in their Ft. Worth, Texas recording studio.

Before SimulDub, anime fans had to wait weeks for dubbed versions of popular anime shows. To learn more about SimulDub, watch this video from KaggyFilms:

KaggyFilms does a good job of explaining SimulDub, but the list of SimulDub films that he presented in the video is no longer current.

To get the latest list of SimulDub shows, hop over to the Funimation Now site and scroll down to the section entitled “SimulDub Shows.”

If you aren’t familiar with any of Funimation’s SimulDub titles, you may want to check out Funimation Now’s free dubbletalk podcast. Every Wednesday, hosts Lauren Moore, Justin Rojas and Chad James react to the latest and greatest new SimulDub episodes.

Though Funimation Now allows free access to a generous portion of its catalog, you have to upgrade to get newer movies and shows.

If you upgrade, you can share your account with one other person. The fact Funimation allows sharing gives you the option to split the cost of an Funimation Now subscription with a friend.

The Free Version of Funimation Now Is Awesome

After using the free version of Funimation Now for a day, I was pleasantly surprised by all the content and features I could access.

Even non-subscribers can use Funimation Now’s powerful anime recommendation system. Once you’re logged in, you can indicate your anime tastes by clicking the thumbs up or the thumbs down icon.

Though many newer anime titles are locked down behind the paywall, a free account still gives you a seemingly never-ending supply of classic anime content.

If you’re new to anime, Funimation Now provides several different ways to get acquainted. You can browse the editors’ recommended titles, check out trending shows, read one of Funimation Now’s anime guides or even pull up titles by mood. Additionally, you can catch up with anime news via the Funimation Now blog or play anime-themed games.

If you’re still not sure where to begin after using Funimation Now’s discovery tools, you can drop by the forum and ask the Funimation Now community for advice.

The awesome thing about Funimation Now’s discovery features is that you don’t have to pay to us them. Even free account holders can access them.

Because Funimation Now specializes in helping you discover anime shows you’ve never heard about, the queue function is particularly useful.

If you stumble across an interesting anime show but you want to keep browsing, just click add to queue to save it for later.

The Funimation Now settings wheel provides some additional useful interface features. Via the settings wheel, you can switch subtitles on and off and change to a Japanese language audio track (if one is available). The “lower lights” feature darkens the portion of the interface that surrounds the embedded video.

In the section below the video content, you can rate the title by awarding it a star rating. You can also leave comments and interact with the Funimation Now community.

The premium version of VRV’s Funimation channel has Funimation’s premium simulcast anime shows and most other shows from the Funimation Now site. However, there is no way to turn subtitles on or off on VRV – and there is no comment system, either.

When VRV first came out, Funimation subscribers that switched over to VRV complained that the VRV version of Funimation was missing some key content. Though some Funimation die-hards are still complaining, over the past few months VRV seems to have filled in most of the gaps.

In my opinion VRV is a much better deal overall compared to Funimation Now, because with VRV you get access to the main benefits of subscribing to Funimation Now plus premium content from other geeky sites around the web.

If you’re new to anime, you’ll probably like Funimation more than Crunchyroll.

Crunchyroll has more rare titles compared to Funimation. However, Funimation has better discovery and recommendation options.

Funimation focuses on dubbed anime shows, but Crunchyroll places more of an emphasis on subtitled content.

Funimation and Crunchyroll both have more anime content than anyone could possibly watch in a single lifetime. The prices are similar, too. A premium subscription to Crunchyroll costs $6.95 a month.

Both Funimation Now and Crunchyroll allow you to watch anime for free with ads, so if you’re not sure which anime streaming platform you want to subscribe to the best thing to do is try out both streaming services yourself.

Personally I think VRV is better than Funimation Now and Crunchyroll. VRV gives you access to premium anime content from both Funimation and Crunchyroll for just a few dollars more than it would cost to subscribe to either one of them individually.

Though Funimation primarily caters to anime newbies, it actually has plenty to offer both anime veterans and novices.

The Funimation Now site has plenty of free, beginner-friendly tools to help anime newbies get up to speed. At the same time, the paid version of Funimation Now provides a cheap and easy way for hardcore anime fans to get their fix of recently aired dubbed anime shows the day after they air in Japan.

Despite the fact that Funimation Now is excellent overall, I found myself wondering why anyone would use the site now that VRV is out.

The only main feature Funimation Now has that the Funimation VRV channel lacks is comments. Funimation is slightly cheaper compared to VRV, but if you pay a few extra dollars for the VRV Combo Pack, you can access 8 other video sites – plus you get a complimentary Crunchyroll premium account.

Another minor nitpick: you’ll be limited to video content if you use Funimation Now. Crunchyroll offers both manga ebooks and anime videos.

Funimation Now caters to a very specific niche, but it fills its niche well. If you’re looking for dubbed anime content, you’ll be quite happy with what Funimation Now brings to the table.

Funimation Now’s streaming quality is superb. Even free account owners can access 1080p HD anime videos on Funimation Now. I didn’t run into any lagging or quality issues while testing it out.

Funimation works on just about any platform. In addition to the Funimation website, you can access Funimation content via its Roku channel, Android and iOS apps. Funimation is also available on PlayStation, Amazon and Xbox.

Do you get your anime via Funimation Now, Crunchyroll or both via VRV? Let us know what you think in the comments section below.

Funimation Now is a near-perfect site that caters to fans of dubbed anime shows and movies. However, there's no clear realson for Funimation Now to exist anymore because a VRV Combo Pack subscription gets you access to premium Funimation content plus it unlocks 8 other geek-centric sites.
Content quality
10
Streaming support
10
Device support
10
Value
2
8
Get It Now