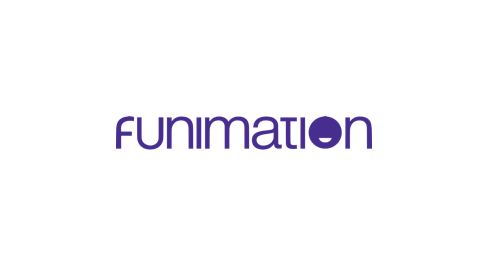 Funimation is the go-to streaming service for dubbed anime. On it, you’ll find over 800 anime TV shows and movies, and you can find out more in our Funimation review, but there’s a small catch: ​​Funimation is only available in a few countries. As of now, you can only stream from the United States, Canada, United Kingdom, Ireland, Australia, New Zealand, Mexico and Brazil. If you live outside of these countries and are looking to watch some anime content, you’ll need to find an alternative.

But you may also be looking for an alternative if you want more than just anime content. Here are the Funimation alternatives worth considering: Crunchyroll, Netflix and Hulu.

In this article, we’ll break them down so you can better decide which option is best for you!

Crunchyroll is the best Funimation alternative if you live internationally

As mentioned earlier, you can only stream Funimation in certain countries — so if you live outside those countries, your best option for an all-anime streaming platform is the internationally-available Crunchyroll.

Crunchyroll is similar to Funimation in terms of content, but instead of them being dubbed, they’re subbed. In 2021, Funimation actually acquired Crunchyroll for $1.2 billion. This means that we may be looking at the two streaming services merging in the near future. But until then, you can still enjoy all the great things Crunchyroll has to offer.

The free plan is—you guessed it—completely free. If you don’t mind having to sit through sometimes long and repetitive ads and having limited access to shows and movies, it’s perfect. For ad-free watching, you’ll need to subscribe to one of the premium plans.

If you want the option of offline viewing and 4 simultaneous streams, you’ll have to opt for the Mega Fan plan, which is still a great deal compared to other services offering similar features. If you go with the Fan plan, you only get 1 stream at a time, and no option for offline viewing.

While Crunchyroll plans are slightly more expensive than Funimation, the latter doesn’t offer a free ad-supported plan, which makes Crunchyroll the perfect alternative for price-conscious anime fans that don’t mind sitting through ads.

When it comes to on-demand content, Crunchyroll almost exclusively offers anime in its content library — although recently, it has begun offering a very few select live action dramas. You’ll find over 1,000 anime TV shows and movies, including Attack on Titan, One Piece, My Hero Academia, and more. Some shows are even available within an hour after airing on television in Japan.

With any of the premium plans, you also get access to Crunchyroll’s large digital library of English manga.

Hulu is the cheapest Funimation alternative for more diverse content

Looking for more than just anime content but don’t want to break the bank? Look no further — Hulu is the best Funimation alternative for you.

Co-owned by Walt Disney and NBCUniversal, Hulu has over a decade of experience in the streaming industry, and has a great reputation to show for it. But more importantly, it has a phenomenal collection of anime shows and movies in addition to having some of the most binge-worthy non-anime TV series on the planet.

Hulu offers two plans: an ad-supported plan for $6.99/month and an ad-free plan for $12.99/month. Regardless of which plan you get, you’ll get the same content library with no other restrictions.

If you’re looking for even more variety in terms of content, including sports and family-friendly programming, you should consider the Disney Plus bundle. With it, you get Disney+, Hulu and ESPN Plus for $13.99/month — that saves you a solid $8/month compared to if you were going to subscribe to each of the services separately.

When you subscribe to either Hulu plan, you get access to their full repertoire of award-winning originals. With hit shows like The Kardashians, The Handmaid’s Tale, and The Dropout, the entertainment never ends. You’ll find binge-worthy reality shows, popular documentaries, blockbuster movies, sitcoms, dramas and more.

In addition to all that, you’ll have a selection of over 400 anime TV shows and movies to enjoy. In its library, you’ll find Naruto, Attack on Titan, Black Clover, Hunter x Hunter, and more.

To check out a list of the best anime TV shows and movies on Hulu right now, click here.

Hulu beats Funimation when it comes to home theater features, offering 4K, Dolby Vision, and Dolby Digital Plus 5.1 surround sound, to name a few. Funimation, on the other hand, only supports up to 1080p and stereo sound. For anime, this isn’t a big deal, since most anime is produced in stereo and at 720p or 1080p max, but if you’re adding in some more diverse content, Hulu’s advanced home theater features are guaranteed to make it an enjoyable viewing experience.

When it comes to offline viewing, Hulu beats Funimation as well. While Funimation only allows you up to 13 downloads at once, Hulu allows up to 25. Check out our Hulu vs Funimation guide to learn more.

Netflix is the best Funimation alternative for a better content library

If you’re looking for more variety in terms of content and are willing to spend a little bit more, Netflix is a strong choice.

Netflix is currently the #1 streaming service in the world, with over 220 million subscribers worldwide. On it, you’ll find a huge content library that’s constantly being refreshed, filled with tons of Netflix Originals and a pretty impressive collection of anime TV shows and movies.

But after losing 200,000 subscribers within the first 3 months of 2022 following a price increase at the beginning of the year, Netflix’s co-CEO Reed Hastings confirmed that they will be rolling out a cheaper, ad-supported plan within the next couple years.

So if you don’t mind ads and are eyeing the cheapest possible Netflix subscription, keep your eyes peeled for that.

No streaming service can compete with the speed at which Netflix releases new original content. You get a huge range of shows and movies across various genres, and many of them have Emmys, Grammys, Golden-Globes and Oscar wins under their belt.

When you hear friends or colleagues discussing the hottest new show, most of the time, it’s a Netflix original. Think of some of the most popular shows and documentaries of the last decade: Stranger Things, Squid Game, Don’t F**k With Cats, Tiger King… all Netflix Originals.

When it comes to anime content, you’ll find all the popular favorites: Attack on Titan, Naruto, The Seven Deadly Sins, One Piece, and plenty more.

When it comes to an excellent home theater experience, Netflix is lightyears ahead of Funimation, with support for 4K Ultra HD and Dolby Atmos 5.1 surround sound for select content on supported devices. Speaking of supported devices, Netflix has basically all of those covered, too. You can view a list of all the devices Netflix is compatible with.

When it comes to offline viewing, you can download up to 100 Netflix titles — almost 8 times as much as you can with Funimation. Take a look at our Funimation vs Netflix guide to learn more about how these services compare.

Plenty of Funimation alternatives to choose from

As you can see, there are several excellent alternatives to Funimation. Overall, Crunchyroll is a good choice for international viewers, but those based in the US should probably opt for Hulu to enjoy great content at an affordable price. You can find out more about this great service and others with our comparison guides, like Funimation vs HBO Max, or our Funimation Now review.