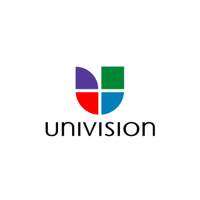 You can watch Univision live without cable with one of these streaming services: fuboTV and  DirecTV Stream. In this article, we’ll help you decide which option is best for you. Let’s get started!

Over the past several years, the sports-centric service fuboTV has developed into a full-featured cable replacement option. Originally a sports-only service, fuboTV recently added not only Univision but a full range of other popular channels that broaden its appeal. Few other streaming services offer as many Spanish language channels as fuboTV. This streamer got a big boost last year when it added ESPN and several other Disney-owned channels to its lineup. It also upgraded several of its key features.

There are four different plans to choose from: Starter, Pro, Elite and Latino Quarterly. Pro and Elite have more DVR storage and unlimited simultaneous streams, and Elite has more channels. Latino Quarterly is a great option for Spanish-speakers. You get 37 channels, including Univision, ESPN HD Deportes, Nat Geo Mundo, and several other sports and other channels for a lower price of just $33/month.

Several add-ons give you the ability add more channels to your entertainment menu. You don’t need to buy any of these if all you want is Univision, since it’s included in the core channel lineup for all plans.

Like almost every streaming service, a free trial lets you try out fuboTV so that you can test it and see if it’s for you before you commit.

As mentioned earlier, Univision is part of fuboTV‘s core lineup of channels. There are more than 164 channels in all, but you get 118 with the Starter and Pro packages. If you want more than just the 37 Spanish-language channels available in the Latino Quarterly plan, is to sign up with one of the core plans, and add on Latino Plus for $19.99/month extra instead. This route will give you access to Tres, Nat Geo Mundo, Discovery en Espanol, FOX Life, and more.

A major update to fuboTV‘s channel lineup made the streamer even more competitive: it finally signed a deal with Disney to carry all the ESPN channels. In addition to ESPN, fuboTV subscribers also get the service’s home-grown sports news channel fubo Sports Network. A free feed of the channel is available at fubosportsnetwork.com. You don’t have to create an account or do anything else to access the feed except visit the site.

Aside from game consoles, fuboTV has excellent support for TV devices that cord-cutters use.

You can learn more about fuboTV‘s supported devices here.

Few other streamers can compete with fuboTV in this category. You can get as many as ten silmultaneous streams if you get fubo Pro or Elite. fubo Starter and Latino Quarterly come with three streams, but you can get the standalone Unlimited Screens upgrade for $9.99/month to boost your stream limit to the maximum allowed.

fuboTV‘s cloud DVR holds 250 hours of recordings under the Starter and Latino Quarterly plans, and 1,000 hours of DVR recording under the Pro and Elite plans. There is a standalone upgrade available for $16.99/month to boost your screens to ‘unlimited’ (aka ten per household).

fuboTV‘s main focus is live TV. However, there is some on-demand to enjoy as well.

You can learn more about fuboTV‘s on-demand library here.

DirecTV Stream offers four plans: Entertainment, Choice, Ultimate and Premier, and they range in price from $69.99/month up to $139.99/month. All four of these plans include Univision. If you want Univision tlnovelas, however, you’ll need to pay extra.

All of the DirecTV Stream plans include Univision, but if you want more Spanish-language channels, you’ll need to add them on. DirecTV Stream offers two packages to do that with: the Deportes package is $5/month and allows you to enjoy the best in sports in Spanish. You can add on the Español package for $15/month and get more Spanish sports, news, telanovelas, movies and family entertainment. There are also three additional international channel add-on packs you can get, which let you add Brazilian, Korean or Vietnamese channels to your lineup for between $20 and $30/month.

On all plans, you can stream up to 20 devices at once on your in-home network. If you’re out of the house and want to stream, you can do so on up to three devices at once.

DirecTV Stream offers over 40,000 titles in their on-demand library. They also have a 72-hour look back feature, in which you can watch shows that aired in the last 72 hours on-demand. This is only available for certain channels, and you can see the complete list of those here.

How to Watch Univision on Amazon Fire TV

You can watch Univision on Amazon Fire TV with one of these streaming services: fuboTV and DirecTV Stream. Simply go to the Amazon Fire TV app store and click whatever live TV service appeals to you the most– or try them all.

How to Watch Univision on Roku

You can watch the Univision on Amazon Fire TV with one of these streaming services: fuboTV and DirecTV Stream. The process of installing a Roku app is the same as installing a smartphone app. Just look up the app you want to try and complete the sign-up process to get going.

How to Watch Univision on Apple TV

You can watch Univision on Amazon Fire TV with one of these streaming services: fuboTV and DirecTV Stream. Apple’s app store has them all, so try them out for yourself and compare.

Univision has a large number of apps that let you watch its content. Some clips and episodes are available for anyone to watch. Most of its on-demand content and live streams, however, are locked. Unlocking it requires either login credentials from a TV service provider or a direct subscription with Univision.

Univision Now is Univision’s direct subscription service. It lets you watch on-demand content, as well as live streams of Univision and UniMás. The app will even stream local Univision stations, but only in certain markets.

Additionally, the app will geo-lock your local streams. The geo-lock will prevent you from watching the local Univision station when you’re away from home. New Yorkers who visit Miami, for example, will see the Miami station in their app.

Univision Now won’t let you record programs, but you do get a three-day rewind service. It also lets you and your family stream to three devices at a time. Plus, there is an on-demand library with more than 5,000 hours of video content.

Univision Now has a monthly cost of $10.99. Or, you can opt for the $118.99 annual subscription. Just keep in mind that subscribing doesn’t remove ads in live feeds and on-demand videos.

Univision Now is available on the following platforms:

Univision has two other apps that let you watch live TV content for no extra cost via TV Everywhere:

There is, of course, one catch. You must have a TV provider that Univision recognizes. For the most part, that means a cable or satellite subscription. Univision does not recognize most streaming services.

The only exception is fuboTV. Your fuboTV credentials will unlock the premium content.

Device support for these apps is, unfortunately, pretty limited:

What people think of the Univision apps

The iOS versions of Univision’s apps seem to have stability issues. Apple and Android owners alike complain about ads.