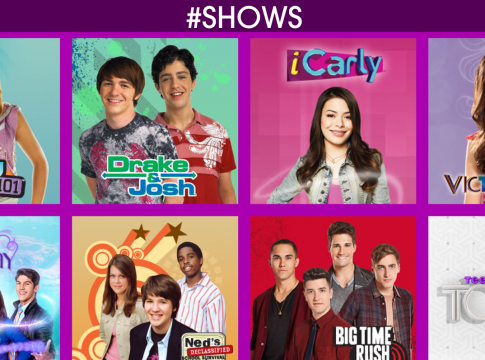 You can watch Nickelodeon live without cable with one of these streaming services: Philo, fuboTV, Hulu with Live TV, AT&T TV NOW or YouTubeTV. In this article, we’ll help you decide which option is best for you.  A kids’ show called Side Hustle was playing on Nickelodeon the last time we updated this article. Want to find out what’s on now? It’s easy with our new Nickelodeon TV guide. Just click the link to pull up a full channel schedule. You don’t have to pay anything or give any information about yourself. It’s a great way to get familiar with Nickelodeon programming if you aren’t already.

Before we start, we want to highlight a particularly relevant stream in these uncertain times. Sling TV is one of the best options for streaming in 2021 with a rich catalogue of 50+ live channels and 50k+ on-demand movies and episodes.

Philo is a new, bare bones live TV service that lets you watch Nickelodeon and all kinds of other cable channels online. It’s the best choice if you don’t like the idea of spending more than a handfull of dollars on TV entertainment.

Philo offers only a single package of channels for a low monthly fee with 7 days free trial. . That makes it one of the cheapest options out there for watching cable TV live without a traditional cable TV subscription. For more information on Philo plans, check here.

The base plan comes with over 60 channels. There used to be an upgrade plan that lets you get more channels, but Philo seems to have merged that upgrade into its core plan. Nickelodeon is included in the lineup along with lots of other great picks.  No contract, you are free to cancel the subscription anytime. You can add Starz and Epix as well if you are open to paying more. For more information on Philo channels, check here.

Philo has an excellent unlimited DVR. You can record as much programming as you like, without having to be concerned about running into limits or paywalls. Check here to learn more about Philo’s DVR.

You may not expect a sports-focused cable TV alternative like fuboTV to carry Nickelodeon– but it’s just one of the many family-friendly channels that fuboTV has recently added.

The budget plan is called fubo Family. fubo Elite has all the feature upgrades and the fubo Extra channel pack. Both plans come with Nickelodeon. Learn more about fuboTV’s subscription plans here. *Note that in order to see the Family, Entertainment, and Ultra plans, you need to first press "Start Free Trial." After you create an account, you'll see all of these plans.

In addition to Nickelodeon, other fuboTV channels that have nothing to do with sports include Nat Geo, History, SyFy, Turner Classic Movies, Nat Geo Wild and more. You can see a full channel list here.

fuboTV has excellent support for all the common TV devices that cord-cutters use. The only glaring omission is lack of apps for game consoles. You can learn more about fuboTV’s supported devices here.

You can get as many as 1000 hours of recording time. The cheapest plan fubo Family comes with 250 hours. Even that’s quite a lot of recording time compared to some streamers. You can learn more about the fuboTV DVR here.

fuboTV’s main focus is live TV. However, there is some on-demand to enjoy as well. You can learn more about fuboTV’s on-demand library here.

Like Sling TV, Hulu with Live TV doesn’t carry the Nickelodeon live stream. However, it does have lots of Nickelodeon shows on-demand.

Hulu with Live TV has very good account sharing features. For a nominal fee, you can buy an upgrade that will let you stream to an unlimited number of devices with the Unlimited Streams feature add-on. Click here to learn more about Hulu with Live TV’s simultaneous streams.

Like most TV replacement services, Hulu with Live TV comes with a free cloud DVR. You can’t fast forward through commercials when you watch your recordings, though– unless you get theEnhanced Cloud DVR upgrade. Without the upgrade, you can record up to 50 hours of TV. With it, you can record 200 hours. Click here to learn more about Hulu with Live TV’s DVR.

One of the best things about this live TV service is that it comes with a huge on-demand library. Rug Rats, Drake and Josh and The Thundermans are just a few of the Nickelodeon shows that are available on-demand. To learn more about Hulu with Live TV’s on-demand library, click here.

AT&T TV NOW provides yet another way to get Nick without a traditional cable service. When AT&T TV NOW first debuted, it didn’t have many features. A recent upgrade added a limited cloud DVR and a paid simultaneous stream upgrade.

The cheapest plan is Plus. It doesn’t have as many channels as the premium plans, but it’s a good deal compared to cable services. Max and the other plans aren’t that much cheaper but they have a deep selection of channels. Since Nick comes with Plus, it could be your best option if you want to save as much money as possible. *Note that AT&T TV Now offers several other plans that are hidden until you click to sign up. To learn more about AT&T TV NOW’s pricing and packages, click here.

The main difference between Plus and Max is that Max comes with the HBO Max on-demand service. They both come with Nickelodeon and so do all the premium plans. Click here to learn more about AT&T TV NOW’s channels.

You get three streams when you join, which is about average for the industry. To learn more about AT&T TV NOW’s streaming policy, click here.

Everyone now gets 500 hours of recording time. That’s a big upgrade especially when the fact that the service originally didn’t have any recording features at all. Click here to learn more about AT&T TV NOW’s DVR.

YouTube TV is Google’s entry into the internet TV wars, and it’s a good one – with a reasonable price, great features, and a solid channel selection. A recent price hike made YouTube TV slightly less attractive, but its still significantly less expensive than a standard cable TV service.

Like Hulu With Live TV, YouTube TV offers you only one subscription package. It contains 70+ channels. You can get more details here.

You can watch on 3 simultaneous devices at once by default with YouTube TV, which is generous compared to services like Sling Orange or AT&T TV Now. Learn more here.

The outstanding cloud-based DVR is YouTube TVs biggest feature asset. You can store as many programs as you want for up to 9 months. No restrictions – whether you choose to save 1 hour of content or 10,000 is up to you. You can also create up to 6 individual user accounts, making it easy for each person on your subscription to manage their favorite channels and their DVR. Learn more here.

YouTube TV has plenty of on-demand content and it’s easy to navigate between different channels and find a movie or TV show to watch. For more details on what kind of content you can expect, click here.

How to Watch Nickelodeon on Amazon Fire TV

You can watch Nickelodeon on Amazon Fire TV with one of these streaming services: Philo, fuboTV, Hulu with Live TV, AT&T TV NOW or YouTubeTV. Simply go to the Amazon Fire TV app store and click whatever live TV service appeals to you the most– or try them all.

How to Watch Nickelodeon on Roku

You can watch the Nickelodeon on Amazon Fire TV with one of these streaming services: Philo, fuboTV, Hulu with Live TV, AT&T TV NOW or YouTubeTV.  The process of installing a Roku app is the same as installing a smartphone app. Just look up the app you want to try and complete the sign-up process to get going.

How to Watch Nickelodeon on Apple TV

You can watch Nickelodeon on Amazon Fire TV with one of these streaming services: Philo, fuboTV, Hulu with Live TV, AT&T TV NOW or YouTubeTV. Apple’s app store has them all, so try them out for yourself and compare.

Like its name suggests, the Nick Jr. site caters to preschoolers and kindergartners. It features full episodes and clips from shows like Block Party, Shimmer and Shine and other similar titles. The Nick Jr. website’s interface is picture-based, which makes it easy for little kids to use. Nickelodeon sites have free videos that you can watch without a cable TV subscription. But with DirecTV Now, you can unlock more.

TeenNick is very similar to Nick Jr., only the target demographic is teens. Teennick has shows like Zoey 101, Drake and Josh and iCarly. Full episodes are available, but you have to log in with TV Everywhere to view some of them.

On Nick, you’ll find clips and episodes from hit Nickelodeon shows like Spongebob Squarepants, The Loud House, Henry Danger and others. Like Nick Jr., the Nick website’s interface is super simple and kid-friendly.

The Nick at Nite website spotlights classic sitcoms of shows like Full House, Friends and The Fresh Prince of Bel-air. There aren’t any videos, though — only animated gifs and a TV schedule.

Though promotional literature for the Nick app suggests that it puts “the best of Nickelodeon at your fingertips,” its focus is clearly on kids and teens. There doesn’t seem to be any Nick at Nite content on the app. The latest update to the Nick Android app lets you watch every season of various shows including Henry Danger, Game Shakers, Alvin and the Chipmunks, Nicky, Ricky, Dicky & Dawn and others. Along with its on-demand library of video content, there are various games you can play on the Nick app. Titles include Super Brawl World, Basketball Stars 2, Destruction Truck Derby and Block Party 3. In addition to Google Play, the Nickelodeon app is available on iTunes, Roku and Amazon. Nickelodeon’s Nick app has mostly positive reviews. Here’s what one reviewer had to say about it: “So cool. I love watching all free episodes of my favorite shows like Henry danger and game shakers. If you’re a big Nickelodeon fan, then this is the perfect for you to put on your favorite shows!“