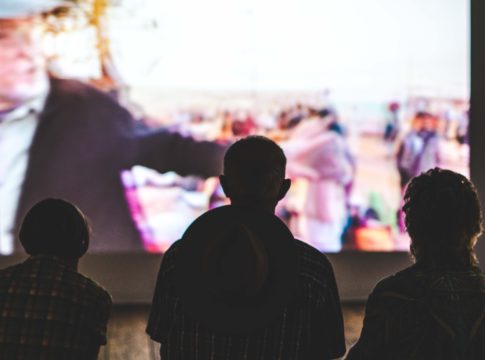 In 2022, traditional cable TV is becoming more and more obsolete. But without cable, it can be hard to catch live events like news coverage and sports games. So, for your average sports enthusiast, is there no option other than to rely on expensive old cable?

Thankfully, there are plenty of streaming platforms today that let you watch live TV for a fraction of the cost of cable. Add to that these, Live TV services allow you to catch live programming from almost any device. You don’t need to be huddled in front of a TV to watch your favorite program.

You can watch easily with a compatible device. For sports enthusiasts specifically, Vidgo is a lifesaver. With Vidgo’s platform, you can watch all your favorite sports channels from almost anywhere.

To check if your preferred device has Vidgo support, read on to find out.

Does Vidgo have a free trial?

Watch Vidgo on your preferred browser or device

You can watch Vidgo on most smart devices, including Apple TV and Android. But what about other devices? Currently, Vidgo has a relatively small selection of supported devices. However, as the platform is pretty new, so you can expect its device support to keep expanding.

We will update this article as more devices are added.

As mentioned earlier, Vidgo has device support for Android and Android TV. This means that most phones and tablets have access to the Vidgo app. You can expect app support on devices such as:

Like Android support, Vidgo can be accessed across most iOS devices. According to the App Store, the Vidgo app is designed for iPad use, but you can still access the program across the entire Apple product line-up.

As of right now, Vidgo is available on:

You can install Vidgo through the Apple App store here.

Vidgo provides full support to all Roku devices. All you need to do is install the app via the Roku store. This means you can enjoy Vidgo’s full 80-channel line-up on Roku devices such as:

If you’re a fan of Roku products, you don’t have to worry about missing out on Vidgo.

Amazon’s streaming products are some of the most ubiquitous and well-known cable alternatives on the market today. As such, it’s no surprise that Vidgo includes Amazon Fire app support. You can watch the app on the following Fire TV devices:

You can install the Vidgo app through its Amazon page here.

You can find the Vidgo app on the Google Play Store.

In the unlikely event that you don’t have any of these supported devices, you don’t have to worry because Vidgo is accessible on all popular web browsers. Vidgo is available on all browsers, but to get the best functionality Vidgo recommends these browsers such as:

Unfortunately, Vidgo currently doesn’t support apps on any modern gaming console. However, the platform is just a little over 2 years old, so you can expect this might change soon for Vidgo. Stay tuned to learn when and for which consoles will include Vidgo compatibility.

Tune in to Vidgo on your favorite device

With the advent of streaming platforms, cable TV has become obsolete. But without cable TV, you might miss out on the latest updates on your favorite programs and sports. Do you still have to pay an expensive cable bill to stay current?

With Vidgo, you don’t have to worry about an expensive cable bill. With the streaming service, you can watch the latest episodes of your favorite show live from almost any device.

Check out our free Vidgo TV Guide to see what’s on, then think about giving Vidgo a try.