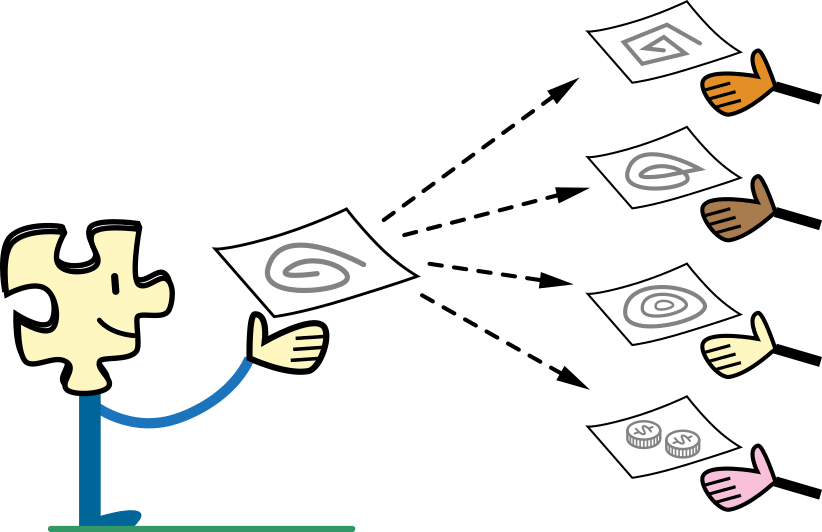 You don’t need to know much about how torrenting works to download a torrent file. However, torrenting terminology is somewhat confusing.

If you’re trying to get make sense of torrenting jargon, just follow the tutorial below.  By the time you’re finished reading it, you’ll have a clear understanding of all the mysterious technical terms you may encounter when you download a torrent file.

Once you understand how torrenting works, you’ll have a better idea of how torrenting relates to internet privacy and other important issues that you should be aware of as well.

Torrenting Terminology in a Nutshell

Torrenting represented a huge leap forward for file sharing because it allowed individual internet users to share files with each other directly.  Before torrenting, people had to use huge expensive file servers to share files.  If the file server went offline, so did all of its files.

In contrast, files stored across global torrent networks are nearly impossible to take offline.  Torrent network are commonly referred to as swarms.  Swarms are made up of ordinary PCs and laptops located all over the world.

As mentioned above, torrenting terminology is somewhat technical and abstract.  The best way to explain how these terms relate to torrenting is to actually walk through the process of downloading a torrent file from start to finish.  As we move through each step, I’ll provide a short and to-the-point explanation for each term that we encounter along the way.

We highly recommend using a VPN before torrenting anything. Users who torrent certain types of files have been known to receive copyright infringement notices from their ISPs. If you would like to keep your streaming habits private, our recommendation is IPVanish – a complete privacy solution for people who torrent.

This step is optional.  You technically don’t need a VPN to download torrents.  Torrenting works just fine with or without a VPN.  However, if you download a torrent file without the protection of a VPN, your ISP will know it.

To see hard proof of how public the internet really is, just visit iknowwhatyoudownload.com.  This site identifies your internet connection, then it pulls up a list of all the torrent files that are associated with it.

Sites like iknowwhatyoudownload.com are very basic, public tools that anyone can use.  It can’t pull up every single torrent you’ve ever downloaded, but it can pull up pieces of your download history.  Your internet provider has access to even more detailed information.

The only way to stay completely anonymous online is to login to a virtual private network (VPN) every time you use the web.

If privacy isn’t a concern, go ahead and proceed to step #2.  Otherwise, we advise that you connect to IPVanish or another trustworthy VPN service before you continue.

To give you a practical example of how torrenting terms apply to real life, I’ll be downloading the free operating system known as Linux from the torrent site called linuxtracker.org.

Note that we are using this particular example because 1, Linux is a free, open-source software that can be legally torrented, and 2, because it will be easy for you to follow along with what we’re doing. This is because information about the torrent is publicly available at the link shown above.

If you open the linuxtracker site in your browser and scroll down to its torrents section, you’ll notice that there are a few columns lined up next to the torrent files.  The important columns are the ones highlighted in blue: the “S” and the “L” columns.

The “S” stands for seeders, and the “L” stands for leechers. You will see the same two fields on almost any torrent website.

People who have the entire torrent file on their computer are referred to as seeders. Having downloaded the file already, these users are uploading pieces of the file to help other users (leechers) download it. The more seeds there are for a torrent, the more people there are uploading pieces of the file, and the faster everyone’s downloads will go. But if no seeds exist in the torrent network, nobody in it will be able to download a complete version of the file until a seed comes back online.

After you finish downloading a file, you’ll become a seed automatically, and start uploading that file for others to download.

The definition of the term “leecher” has evolved over the years, but is generally used to refer to people that have not downloaded 100% of the file, and are currently in the process of downloading it.

Originally, leecher was used in a negative sense to describe people that refused to share their torrent files by using modified clients or severely limiting their uploading speed. Like the blood sucking worms that live in swamps,  torrent leeches were also parasitic. Taking without giving anything back to the group.

These days, there’s no easy way to torrent if you don’t want to upload at least a little bit. Although you can choose not to seed after the torrenting is finished by removing it from your torrents list, you will usually be forced to upload at a minimum rate of 1kb/s.

Now that you know what seeds and leeches are, you can compare the strength of different torrent files and guesstimate how fast they’ll download.

In certain cases, larger swarms may often yield faster, and more stable download speeds than smaller ones, even if the ratio of seeders to leechers is lower.

Please note that in qBittorrent, the word “Peer” is used as a substitute for leech. We will discuss what the term means more in-depth in the section below.

As mentioned above, the term “peer” can sometimes serve as a nicer sounding substitute for the word “leech.”

Most applications, such as qBittorrent or uTorrent refer to torrenters with incomplete files (still downloading) as peers.  But if you download a torrent from a website, you’ll probably see the word leech used instead.

For example the qBittorrent software program uses the term peer, but the linuxtracker.org website uses the term leech.  But they are both referencing the same thing: individual computers in the torrent swarm that are missing part of the torrent file.  Once a peer downloads the entire file, they become a seed.

Note: To make things even more confusing for everyone, the term “peer” is sometimes used as a generic term to describe all the different individual members of the swarm.  In other words some people consider seeds to be peers, because both seeds and peers participate in the swarm.

After you’ve finished downloading your torrent, it will automatically become a seed.  At this point, you have 3 different options.

Exiting out of your Bittorent client will take your torrent off the network, preventing you from seeding it and contributing bandwidth to other downloaders. Conversely, if you remain online and stay active as a seed, other people in the swarm will benefit from the bandwidth that you contribute to the group.

Because sharing your file only takes up a very small amount of bandwidth, you probably won’t notice any change in your internet speed if you remain online as a seed.  On the other hand, if you plan on streaming a movie or playing a bandwidth intensive multiplayer game then every little bit of bandwidth makes an impact.  So, if you’re doing something online that uses up a lot of bandwidth you may want to consider pausing your torrent or logging out of qBittorrent altogether.