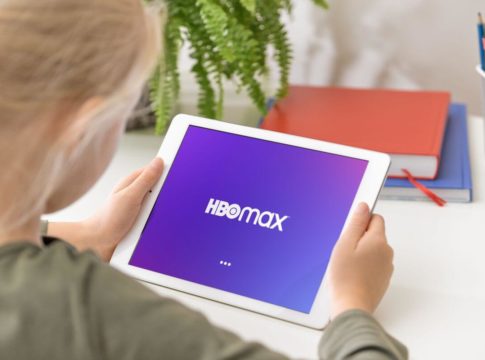 Streaming content on HBO Max in 4k is a great option for those who want a wide range of Ultra HD content. Watching an HBO Max show or movie in 4k means it has a TV resolution of 3,840 x 2,160 pixels–four times as many pixels as those found in a full HD TV. While rapidly expanding its 4k content available, HBO Max is the perfect time to subscribe and gain access to nearly 30 movies, including the Matrix, King Richard, Godzilla vs. Kong, In the Heights, and more.

Keep reading to find out all shows and movies available in 4k on HBO Max, compatible devices with HBO Max and 4k streaming, and our roundup below!

HBO Max offers tons of blockbuster hits in 4K. Because the service is also releasing all Warner Bros slated for release in 2021 on the same day they hit theaters, some new titles may be available for 4K streaming as well in a range of genres available for the whole family. Here are all the movies you can watch in 4K on HBO Max:

If you’re in the mood for a gritty drama, we’d recommend The Little Things. It’s a murder mystery helmed by Denzel Washington, Rami Malek, and some of the biggest names in Hollywood. It’s also a movie that’ll keep you on your toes, wondering whodunnit until the very end, and maybe even after that.

And if you’re looking for a light watch, Tom & Jerry fits the bill. The live-action/CGI flick sees our favorite cat and mouse at odds once again in a hilarious battle for power. Starring Chloë Grace Moretz, Ken Jeong, and Michael Peńa, the movie’s sure to be a hit with the whole family.

HBO Max doesn’t offer any 4K shows currently, but you should know the streamer is relatively new to the 4K world. Wonder Woman 1984 became the first 4K movie to stream on the service on Dec. 25, 2020, and we can expect more titles to come later.

In saying this, you should know that not all 4K devices are compatible with every service. You likely won’t run into this issue with HBO Max. But it’s a good callout nonetheless, especially if you’re in the market for a versatile 4K streaming device.

As mentioned, most all 4K streaming devices are compatible with HBO Max. According to HBO Max’s website, here’s a list of the devices you can use to stream the service’s 4K content.

What can you watch in 4K on HBO Max?

Arguably, the most challenging thing you’ll have to do when it comes to streaming 4K content on HBO Max is figuring out what exactly you’ll watch. That’s because there are tons of 4K movies to choose from in the service’s extensive content library. Whether you’re into action flicks, docudramas, or medieval epics, there’s something on the service for everyone.

HBO Max is an on-demand streaming service and does not offer live TV.

There are no 4K originals on the streamer. However, these titles may be forthcoming as the streamer continues to release new content.

What internet speeds do you need to watch HBO Max in 4K?

If you’re hoping to watch HBO Max content in 4K, you’ll need to have a strong internet connection to do so. The minimum download speed for 4K streaming is 25 Megabits-per-second (Mbps), which is five times the recommended speed for HD streaming (5Mbps). If your internet plan doesn’t fit the bill, you won’t be able to stream in true 4K quality.

According to Insider, most internet download speeds in the US are between 12 to 25 Mbps, so you should ensure that your internet plan is on the higher end of this range before streaming. If not, there are tons of internet providers out there to choose from through Comcast, Spectrum, and more.

When it comes to streaming 4K content on HBO Max, you can’t go wrong. Not only can you stream blockbuster hits like No Sudden Move and Godzilla vs. Kong in 4K on the service, but you can watch HBO Max content on almost any streaming device as well. There aren’t too many 4K titles on the service right now. But, given HBO Max’s general content library, personalization features, and unique offerings, the service remains one of the best options for 4K and general streaming.