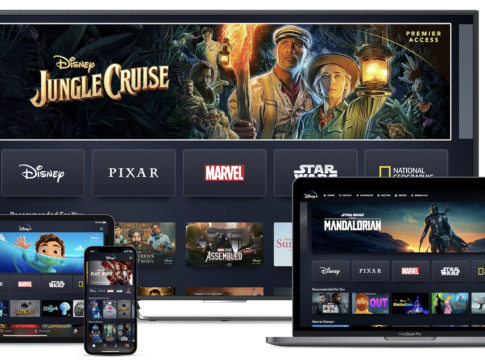 With Disney Plus, there’s no need to dust off those old Disney VHS tapes. From the Disney classics to Star Wars, National Geographic, and much more, we have the ultimate guide for everything you need to know about Disney Plus including pricing, plans, what to watch, and more.

What is Disney Plus?

When it comes to entertainment, Disney arguably does it best. So with streaming platforms on the rise, it’s no surprise that Disney has quickly become one of the top contenders in the streaming world. Disney Plus is an ad-free, on-demand subscription-based streaming service that is home to all of your favorite Disney classics—from old-school Mickey cartoons to new and exciting Marvel movies and much, much more.

Disney Plus can stream on up to four devices at the same time, and content is available to download to your device so you can watch whenever and wherever you want.

How Much Does Disney Plus Cost?

Disney Plus Plans and Bundles

This is the standard Disney Plus subscription that gives you access to all Disney Plus has to offer including movies, TV shows, shorts, documentaries, and exclusive Disney Plus content. Unfortunately, they no longer offer a 7-day free trial, but all content is ad-free.

The Disney Bundle brings you all of the content Disney Plus, Hulu, and ESPN+ have to offer. Once you create your Disney+ account, you’ll use that same login for ESPN+ and will receive an activation email for your Hulu login. If you’re already a subscriber to one of these streaming services, Disney Plus can adjust the amounts accordingly. Hulu is home to an extensive content library with shows like The Handmaids Tale, Bob’s Burgers, and most reality shows. ESPN+ will give you access to tons of sports content and even live events and exclusive originals. ESPN+ and Disney Plus are always ad-free, and Hulu’s ads depend on your level of subscription. Hulu is offered ad-free as part of the bundle for $19.99/mo, and with ads is $13.99/mo.

Premier Access allows existing Disney Plus subscribers to watch Disney’s newest in-theater movies from the comfort of their homes! For $29.99 you can purchase Premier Access to a newly released movie. Once purchased, you’ll be able to watch the movie as many times as you’d like. However, this price is per movie. For example, Disney’s Cruella is $29.99 to watch and if you’d like to watch the new live-action Mulan, that is an additional $29.99. You must be a subscriber to Disney Plus or the Disney Bundle to take advantage of Premier Access.

If you’re a customer of Verizon Wireless, you’re in luck. Customers with Unlimited plans can get their first year of Disney Plus for FREE!

How to Watch Disney Plus

The best part about Disney Plus? You can watch virtually anywhere! From your smartphone to your television and everything in between, there are dozens of devices that support Disney Plus. To name a few, this includes gaming consoles, Roku, Fire Stick, Web browsers, and more. No WiFi? No problem! Most content on Disney Plus can be downloaded directly to your device. You can stream all content at any one time on up to four devices, and content downloads can be stored on up to ten devices!

Perhaps one of the best features of Disney Plus is that you can watch with your family friends—near or far. GroupWatch allows subscribers to stream content simultaneously with up to 6 other subscribers. Anyone within GroupWatch can pause, rewind, or fast forward the content, and you can even react with emojis.

Disney Plus Shows and Movies

Forget the notion that Disney is for kids. With Disney Plus, the content branches beyond just Disney with tons of content from 21st Century Fox, National Geographic, Marvel, The Simpsons, and more, including:

For Disney lovers, Disney Plus is a dream come true. Every Disney movie, TV show (i.e. Disney Channel, Disney Junior, etc.), cartoon, and documentary you can think of is here! Movies that were previously kept in the “Disney Vault” are now available to stream including classics like The Lion King, Bambi, and Cinderella.

Disney Plus is also home to original content, only available on the streaming service like The Mandalorian and behind-the-scenes Disney documentaries like Behind the Attraction and One Day at Disney.

Is it available internationally?

Disney Plus is available in multiple countries and has plans to expand. To see if your country is eligible to access Disney Plus, click here.

Can I cancel at any time?

Yes! And there is no cancellation fee. When you cancel your subscription, you will have until the end of your current billing cycle to continue watching content on Disney Plus.

Are there parental controls?

Yes. Although Disney is a family-friendly entertainment company, there is content on Disney Plus that you may not care for your children to watch. Disney Plus allows you to set up multiple profiles—up to seven per subscription. One of these profile options is a “Kid Profile” which only shows family-friendly content options. They offer some other added parental controls, including:

Unfortunately, no. While all Disney cable channel content is on Disney Plus (i.e. Disney Junior, Disney Channel, Disney XD), it’s not available to watch in real-time.