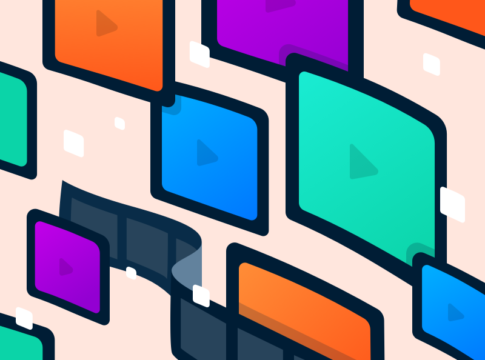 Netflix’s 2013 gambit with the creation of House of Cards was an exercise veering on absurdism—what if the company that delivered DVDs made the DVDs?—that turned out to be convention setting. Seven years later, original content is considered sine qua non to the consumer appeal of any streaming service, and what observers have dubbed the “streaming wars” has largely turned into an arms race to see who can assemble the best and biggest arsenal of it. Unencumbered by the strict scheduling and TV streaming guides that rule live TV services, Netflix and its on-demand competitors have become production powerhouses.

At the beginning of a decade that promises to saturate our screens with even more moving images made by streaming companies, it’s worth pausing for a retrospective on what this trajectory has looked like so far. The three players that have occupied household-name status for the better part of the past decade—Netflix, Hulu and Amazon—have now produced enough of their own content to get our hands dirty, data-wise, and do some analysis on how much original content they’ve created, of what kind, and also, of what caliber. Here are four major takeaways:

The Big Three streaming services slowed down their hyperdrive rate of releasing new titles in 2019 relative to the year prior. But Netflix has a lot to do with that balance: it claims 1461 of the 1760 originals we counted in their combined oeuvres. Netflix has remained so hellbent on releasing its own programming that it can still produce hundreds of new titles per year and project a sense of deceleration.

But more likely, the companies are finding their grooves. Rather than a half-data-driven, half-scattershot approach to spending billions on anything and everything, the titles they have released are finding audiences that want new seasons, not just new series. Existing shows that demand new seasons also demand funding: money can’t be spent just on new releases, but on new seasons for existing series as well.

The same year that Netflix released two critically high-profile films, The Irishman and Marriage Story, streaming companies also reduced their output of films relative to new series: 2019 was the first year where there were fewer movies released than the year prior between all three services (a trend mainly driven by Netflix and its incomparably large original content machine). It’s a Perhaps content directors have decided streaming is a medium oriented more for the serial than the cinema, and that television has the ability to cultivate committed micro fandoms in a way one-off films don’t. (Unlike Game of Thrones, there’s no cottage industry of Marriage Story day-after press.) Whatever the reason, observers (like us) will have to keep our eyes peeled to decide if the diverging trajectories of the two mediums turns out to be a product of culture or an anomaly of year.

At Netflix, “goofy” and “provocative” were in for 2019, while “violent” and “cerebral” were out

Streaming companies can be seen less as entertainment production houses and more as data science outfits that produce content, processing and analyzing its audiences’ habits, behaviors and desires. The spike in “goofy” and “provocative” descriptors in Netflix, with a concomitant decrease in content attached with the “violent” and “cerebral” descriptors could reflect a culture increasingly looking to escape from the experience of peering into a black hole and unplug from both chaos and, apparently, reflecting upon it.

At the same time, 2019 saw a paradoxical spike in both family programming and political television. Yes we want to get away, but we can’t help ourselves from picking at the wound.

Amazon, Netflix and Hulu have all achieved relative parity between their critical and popular scores on Rotten Tomatoes. But Apple, judging from its first small handful of original releases, has possibly won over the latter at the former’s expense. Maybe it’s too soon to tell: this data, pulled in December, only examined 11 shows compared to the dozens or hundreds for the other services. But Disney+ only had six original programs at the time of this analysis, and no such chasm emerged. It’s hard not to anticipate the production teams at Apple wincing at the fairly round critical rejection of its marquee series, The Morning Show, after all the “For Your Consideration” posters plastered around Hollywood bus stops to try to win it an Emmy nomination. The opposite dynamic held true for critical darling HBO, whose programs not named Game of Thrones have for years dazzled critics while often failing to find wide audience bases.

Meanwhile, children’s shows garnered the highest critical scores at both Netflix and Amazon (Hulu did not have enough originals and different genres to properly analyze). Maybe streaming companies have perfectly divined the child mind and created the ultimate kids’ programming? Or maybe the audiences and critics leaving scores on Rotten Tomatoes have decided that anything commanding their first-graders’ absorption into the screen is good enough to warrant high marks.

Data on Netflix and Hulu originals was acquired by scraped data from the services’ respective pages for their own original content. Data for Amazon was acquired by scraping all results from Amazon’s Prime Video listings and keeping only those programs affiliated with Amazon Studios. Apple TV+ and Disney+ originals, given their small numbers, were scraped manually. HBO, despite its large numbers, was also scraped manually. Rotten Tomatoes review scores were identified by searching for individual programs whose studio or distributor was the streaming service connected to the program.