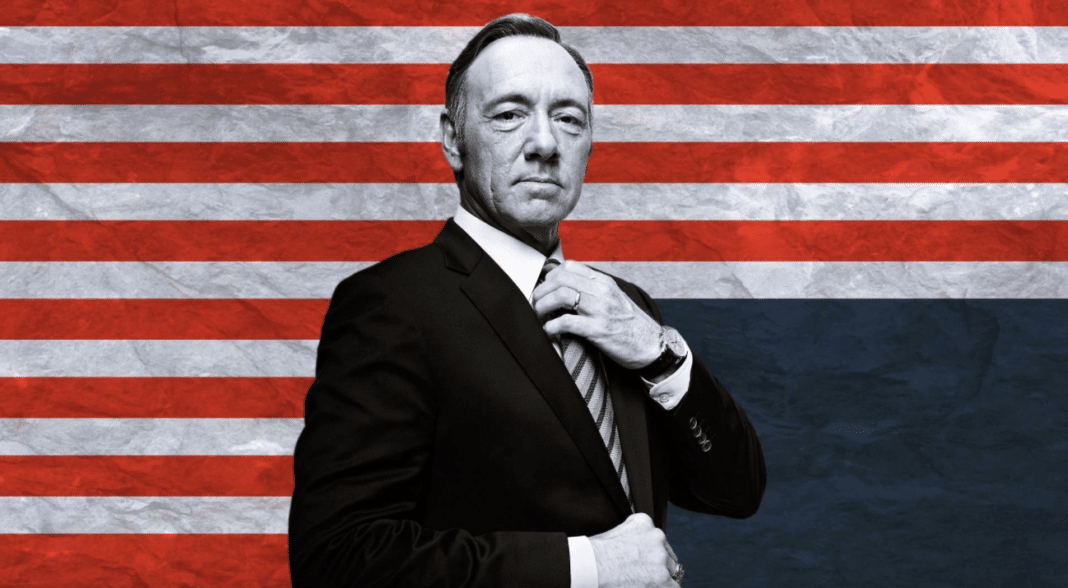 Interested in watching American Netflix in Australia? VPNs (Virtual Private Networks) are a great way for Australian internet users to get watch American Netflix — and they also provide bulletproof privacy, which is the main reason why more and more Australians are signing up.

However, it’s important to understand that not all VPNs are the same.  For example, some are faster than others. Also, some can be used to “geo-dodge” (aka “geo-hop”) into the American version of Netflix.

Read on to find out which Australian VPN services are the overall best ones to have for geo-dodging your way into the full Netflix catalog and watching American Netflix in Australia.

The best way to get American Netflix in Australia

ExpressVPN is more responsive than most VPN services when it comes to adapting to the countermeasures Netflix uses to stop people from slipping around its geographical restrictions.

It sets aside a handful of its American servers and configures them for geo-hoppers. All you have to do is contact the support team to find out which server you should use. Then, just open the app, choose the appropriate server and you’ll be able to watch all the Netflix content that USA residents can view.

You can also watch the condensed, 5-minute video guide we’ve produced for this article below.’

ExpressVPN will get you into American Netflix

If you want to get American Netflix, ExpressVPN is the best choice. It’s very easy to use and unlike most VPN services, its customer support team is excellent. In addition, ExpressVPN lives up to its name – it’s very fast.

Try it out yourself

ExpressVPN’s long free trial period allows you to login and verify for yourself that you can get to everything that Netflix offers Americans.  If there are any problems, you can always cancel.

How to get American Netflix in Australia with ExpressVPN

Visit the ExpressVPN website to get three free months of VPN service. The site looks like this:

ExpressVPN’s client is super easy to install. Just download the installer to your hard drive, then select the installer file and double click to begin the installation process.

After installation has completed, you’ll be prompted to run the ExpressVPN client on your PC or Mac computer. Once you’ve loaded it up and signed in, your client should look like the following:

Step 3: Login to ExpressVPN and connect to a VPN server

After you log in, you can click the “power” button to connect right away using the Smart Location feature. However, you can also change your location. Some Australians find that the San Francisco server is the best for accessing American Netflix from Australia, but you may need to try a few servers before you find one that works.

Once you’re connected, your ExpressVPN client will tell you that the VPN is “On,” and you’ll see the following screen:

Here are just a few positive comments from other web publications that have reviewed ExpressVPN.

“ExpressVPN is one of those companies that’s going to battle with Netflix.” – PCWorld

“ExpressVPN has a wide distribution of servers and a slick interface, and it allows BitTorrent and other P2P services.” – PCMag

Why we recommend ExpressVPN

One of ExpressVPN’s best features is the fact that this service has excellent customer support. After you sign up, just open up a chat window and a representative will walk you through the setup process if you need help getting started. ExpressVPN’s support team responded immediately each time I reached out to them with a question.

The reason for the Netflix Australian VPN block boils down to money.

When a new show or movie comes out, studios shop it around and try to sell broadcast licenses to as many different media companies as they can.  Different broadcasters sign different deals, which is why new movies and TV shows are often released on different days in different parts of the world.

For example, a blockbuster movie released in the United States may be released on May 1st, but only begin streaming in June in other parts of the world.

Wide open, international streaming services like Netflix make it harder to sell content licenses. If anyone in any part of the world can access a show or movie via Netflix, that makes it less valuable in the eyes of international broadcasters.

Even though it’s not illegal to use VPN services with Netflix, some VPN services are reluctant to help their users dodge Netflix’s VPN filter.

Netflix is a very large and influential company, and it has enormous resources at its disposal. VPN services have to remain vigilant to keep up with Netflix’s countermeasures. Not all VPN services are willing or able to do that.

In order to keep geo-hoppers out, Netflix has launched a campaign to block out all the most popular VPN systems.  However, these types of “brute force” blocks against VPN servers are primitive and easy to overcome.

There are many things that a VPN service can do to help their users get to geo-blocked content.  As long as your VPN service provider is proactive and “geo-hopper friendly,”you can use your VPN to overcome any type of geo-block attempt.

The Netflix geo-block is basically a simple IP address filter.

A computer’s IP address functions like a mailing address.  You can’t receive postcards if you don’t have an address.  The same principle applies to IP addresses.  There’s no way that computers can send or receive data without them.

Once you sign into a VPN server, it looks like you’re logged in from wherever the VPN server is located.  That’s why if you login to an American VPN, you can fool Netflix into thinking that you’re locate in the USA.

To prevent international VPN users from getting to American Netflix, Netflix compiled a long list of IP addresses associated with different popular VPN servers.  If your VPN service’s servers are on the list, you won’t be able to get to American Netflix.

Fortunately, IP addresses are not hard to change.  Some VPN service providers regularly change their VPN server IP addresses in order to make them harder to block.

Outside the US, Netflix’s catalog shrinks. Australians get a better deal than most, with around 3000+ movies and 1500+ series. But in Thailand, you can only get around 100 TV shows and 200 movies. In most European countries, you’ll get about 200 TV shows and 500 movies.

With a Netflix-compatible VPN like ExpressVPN, you’ll be able to access not only American Netflix but also every other Netflix region.

Different regions get different Netflix content. For example, the Japanese version of Netflix now has even more movies than the American version.

Related: Why Netflix Japan Now Has More Titles Than The US

If you don’t care about anonymity, you should.  Even if you follow all the rules when you go online, there are many bad things that can happen if you don’t protect your data.

If you give an expert your name and email address, there’s a big chance that they’ll be able to pull up sensitive information in just a few hours.  Websites can gather an vast amount of data if you’re not careful.  A VPN won’t fix everything overnight, but it will keep even more information from making its way to the public sphere.

Online harassment can affect your personal or professional life at any time.  1 out of 12 females will experience some form of cyberstalking during their lives, according to a study from Harvard University.  VPN security and anonymity can help you defend yourself from anonymous threats and bullying.

After Netflix implemented their controversial VPN ban, thousands of people canceled their subscriptions and the Netflix stock plummeted.  So, what gives?  Are the people at Netflix stupid, just plain greedy– or both?

David Glance– the University of Western Australia’s Director of the Centre for Software Practice– has a theory that content providers have been putting behind-the-scenes pressure on Netflix.

“Netflix has been forced into the move to block “geododgers” by the content providers who are still trying to control geographic restrictions that underpin their licensing deals around the world.”

Dr. Glance thinks that the Netflix crackdown will wind up being counterproductive.  He suggests that if the Netflix blockade continues, its Australian user base will simply cancel their accounts and use illegal torrent sites to download the TV shows and movies that they want to see.

And if Australia’s ex-Netflix-subscribers-turned-Pirates use VPNs while they torrent, there will be no way for content providers to track them down.