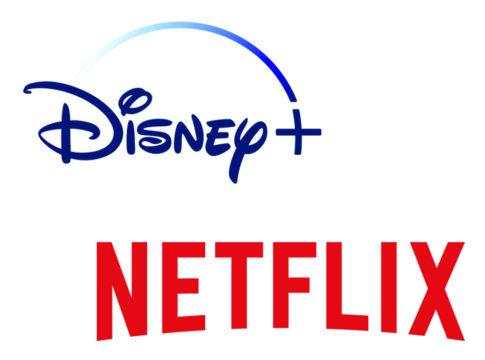 Two of the biggest names in entertainment, Disney+ vs Netflix would be the main event of any fight night. And they both have their advantages. Disney is new to streaming, while Netflix launched the industry. But when it comes to producing entertainment, Disney basically invented an entire genre of film.

Both services offer ad-free, on-demand content for under $10/month. Now let’s take a look at how they do in each other’s wheelhouse.

Everybody knows Disney. But its family-friendly library may not be a draw for everyone. Although, the recent introduction of parental controls, and mature content in overseas markets, indicates a change might be coming.

Netflix is another well-known name that needs little introduction. It revolutionized how we watch TV and introduced binging with its first original series, the award-winning House of Cards, in 2013.

However, the binge pioneer has recently shifted gears and been dabbling with a variety of release schedules, including weekly, split seasons, and batches of 2 or 3 episodes at a time.

The table below gives a brief overview of what both services offer in terms of content, features, and prices.

Disney+ is $2/month cheaper than Netflix. And that’s the Netflix Basic plan, which only gives you standard definition (SD) video, which is 480p.

The deal gets even better when paying $79.99 for the whole year up front, which essentially gets you 2 months for free.

And if you’re concerned about not having a wide enough range of content, the Disney Bundle includes Hulu and ESPN+ for $13.99, which guarantees there’ll be something for the whole family.

Netflix raised its prices last month, but it’s still a good deal. If you’re looking for something you’ll mostly watch on your phone or tablet, for 10 bucks a month, the Basic plan is worth a look.

But $15.49/month gets you Standard, Netflix’s most popular plan, and a boost in resolution, double the streams, and twice the devices for downloads.

There’s really no winner here, because neither service offers a free trial. They also have strict no refund policies.

So Disney+ wins more or less by forfeit. At least they’ll give you a refund within 3 days of purchase–if you haven’t watched anything.

Netflix offers a far more robust selection of content than Disney+, so everyone in the family will find something to watch.

Disney+ keeps things tidy by organizing shows and movies into 5 content hubs: Disney, Marvel, National Geographic, Pixar, and Star Wars. And if overseas markets and the addition of parental controls are any indication, a 6th content hub with mature content may be on the way.

Disney’s 2019 acquisition of 20th Century Fox means it owns a massive library of diverse content to choose from, including plenty of R-rated movies. Until then, you’ll need the Disney Bundle (which includes Hulu and ESPN+) if you want mature content as well.

Disney is arguably the most iconic content creator in history. It’s also projected to spend $33 billion on content in 2022, which includes Hulu programming and sporting rights at ESPN.

Some popular Disney+ original titles are:

Take a look at our Disney+ Content Library and List of Titles for a deeper dive into what’s available.

What to Watch on Netflix

After Disney+ announced it was leaving Netflix to start its own streaming service, Netflix quickly put to sleep any worries about content. Its original content has been nominated for hundreds of Emmys, Oscars, Grammys, Golden Globes, and more.

Some of the hottest TV shows in the past 10 years have come from Netflix, including Stranger Things and Ozark. And with Netflix spending $17 billion on content last year ($5 billion on original content), the trend is bound to continue.

Here’s a variety of Netflix original shows and movies worth checking out:

Disney+ boasts an excellent slate of audio and video options, with numerous titles in 5.1 surround sound. And the growing list of titles in 4K UHD, HDR (high dynamic range) video, and Dolby Atmos audio, are bound to please most home theater enthusiasts.

The default HDR format is HDR10, but select titles support the even more dynamic Dolby Vision. And if that’s not enough, you’ll also find IMAX Enhanced content, which enables you to see every part of the original shot captured by the camera.

Furthermore, the two HDR formats that are supported, Dolby Vision and HDR10, both require the Premium plan, which is also what you need for watching 4K UHD.

This is a tight race, as Disney+ and Netflix both allow downloading content to watch offline. But Disney+ gets the nod for a couple of reasons.

Disney+ allows unlimited downloads on up to 10 devices that have the app. It’s available on Mac, Windows, and Chrome OS, meaning you can download to your laptop–which is great for long flights.

Netflix allows up to 100 active downloads on 1, 2, or 4 devices, depending on your plan. Most downloads expire within 7 days, but some only last 48 hours.

The Netflix app is on Windows and Chromebook, but if you’re on a long flight with a Macbook, you’ll be stuck with whatever the airline offers.

It’s another slim margin victory as Netflix edges out Disney+.

Aside from the Mac, you’ll be hard pressed to find a modern device that doesn’t support Netflix. It’s one of the few streaming services to support Windows Phone and Facebook Portal.

Practically every new TV comes Netflix-ready, as do many cable TV set-top boxes (STBs), and even some Blu-Ray players.

For the full picture, check out our page on Disney+ Devices.

There’s no contest here. Disney+ has one plan and it allows 4 simultaneous screens, while Netflix’s Basic plan allows 1 lonely screen. An upgrade to the Standard plan will get you 2, while the Premium plan bumps you up to 4 screens, just like Disney+.

Disney+ lets you create up to 7 profiles to Netflix’s 5, and both have “kid profiles” with parental controls. Netflix even lets you block specific shows or movies.

Both services are at the top of the industry, and you can’t really go wrong with either. But if you’re looking for a cable TV replacement, you’ll be more satisfied with Netflix. It’s got a wider range of content, as well as some of the most bingeworthy (and award-winning) originals on the planet.

Disney+ is also a great deal–especially for families with kids. And with all signs pointing to the Mouse adding more content for Mom & Dad, this matchup between two heavyweights might have a different outcome next time around.