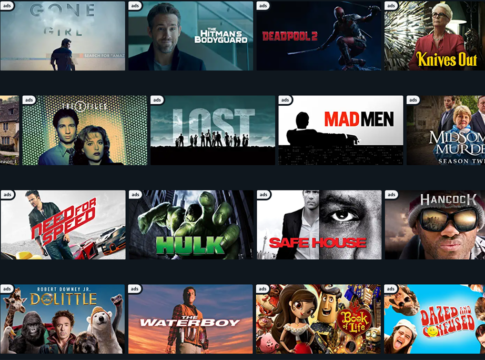 Cutting the cord for more affordable streaming TV is more popular than ever, but a relatively new class of service within the streaming space is gaining traction. These services are even more affordable than the cheapest skinny bundles–they’re free. So, we took a look at the major players in the market to give you our 5 best free streaming services.

What is a Free Streaming Service?

While the market is still small compared to paid services and traditional cable TV, expect that to change. Industry heavyweights from NBCUniversal to Paramount to Amazon are investing heavily in the space.

And it’s clear that TV commercials aren’t going anywhere. Even streaming giants like Netflix and Disney+ plan to join the ranks of Hulu with ad-supported tiers of their own (for a lower price, not free).

The number of ads varies between services, so some have more than others. Most have a countdown timer letting you know how many ads you’re going to see and how much time remains in the current ad, the total commercial break, or both.

There are a lot of free streaming services out there, so before diving into our top 5 options for free TV, here’s a snapshot of some of the biggest players.

Launched in 2014 and acquired by Fox in 2020, Tubi is one of the more popular free streaming services out there. It delivers content both live and on-demand, offering local news, sports, movies and TV shows. It also creates original content.

With popular channels like ABC News Live, Tubi provides free local news in many key markets, such as Chicago, San Francisco, and Los Angeles. For sports, it’s got Fox Sports, beIN Sports Extra, Stadium, and many others.

There is also a kids content hub that creates a safer browsing environment for young viewers. It includes popular titles like Annie, Lego, and Pokemon, as well as educational programming.

What to Watch on Tubi

While it excels at delivering sports and news, Tubi’s just as good when it comes to movies and TV. Here are some of the popular titles on Tubi right now:

Tubi supports a solid list of devices, including both major gaming consoles and smart home devices.

Sling Free is the ad-supported version of Sling TV, launched in 2015 by satellite television provider Dish Network. Like most of the free TV services listed, it offers a mix of live TV and on-demand content.

While its on-demand library is extensive, the news is where it rises above the competition. You’ll find live broadcasts of ABC News, CBS News and Cheddar News, as well as USA Today and ET News.

It’s worth noting that many on-demand shows are labeled “sneak peeks”, meaning you can only watch 1 or 2 episodes of a show. These are to nudge you toward a paid subscription with Sling TV and premium add-on channels.

What to Watch on Sling Free

Many newer or premium shows are “sneak peeks”, meaning only 1 or 2 episodes are available unless signing up for a paid subscription. However, Sling Free still has popular content in its library.

Sling Free supports all the same devices as Sling’s paid service, Sling TV. It makes for an extensive list and one of the only free services with an app for Mac and Windows.

Last month, Amazon rebranded and renamed its free streaming service. As a result, IMDb TV is now called Freevee. It’s currently only available in the US and UK but will expand into Germany later this year.

While it may not have the most originals yet, with the full resources and experience of Amazon Studios behind it, Freevee takes the prize with quality over quantity. It’s also building on established series, with Leverage: Redemption and Bosch: Legacy, a continuation of Amazon Prime’s award-winning series Bosch, which ran for 7 seasons.

What to Watch on Freevee

In addition to original TV shows, Freevee also has original movies in the works. It also has a growing on-demand library of hit movies and shows from yesterday and today.

Freevee can be watched both in the Freevee app as well as Amazon’s Prime Video app. Surprisingly, Amazon’s Echo Show devices are not supported.

Check out Amazon’s help page for the full list of devices.

Founded in 2013, Pluto TV was acquired by Paramount in 2019. And having one of the “Big Five” film studios behind it means its library is packed with hit films.

With a wide range of linear channels, live local TV, and on-demand content, Pluto TV has something for the whole family. Its user-friendly library is organized into genres as well as a wide range of themed collections, like “‘90s Throwback”, “Directed by Women”, and “Comfort Movies”.

Pluto TV also has a “Kids Mode”, which can be locked with a PIN, ensuring young viewers can’t click away into other content areas.

What to Watch on Pluto TV

Being owned by Paramount means Pluto TV has channels like CBS Sports HQ, as well as local CBS News channels for over a dozen markets, including Chicago, Pittsburgh, and Los Angeles.

Pluto TV supports an impressive list of devices, including being the only streaming service embedded in Life Fitness exercise equipment.

Roku Channel excels in many areas, but its option to subscribe to premium channels is unique. Other streaming services, like Amazon Prime Video and Sling TV, offer the same channels, but they are locked behind paid subscriptions. Roku provides a single point of access and billing, for these subscriptions at no extra cost.

What to Watch on Roku Channel

Roku Channel has an excellent selection of news, including ABC News Live, CBS News, and NBC News Now. And with the largest free streaming on-demand library, there’s a lot to choose from.

The Roku Channel was created for the world’s most popular streaming device and as a result, its list of supported devices remains on the short side.