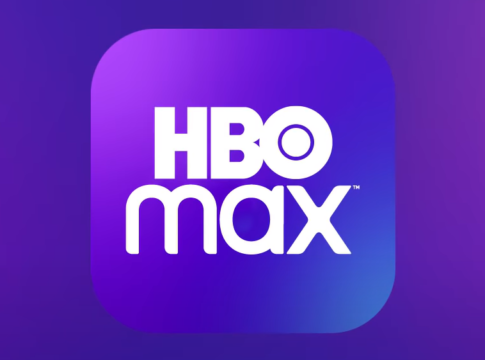 HBO Max has grown to be one of the most popular streaming services on the market. The service has boomed from a library of movies and shows from WarnerMedia, New Line Cinema, DC, CNN, Turner, Looney Tunes, and more. Shows like Game of Thrones, Sex and the City, Friends, The Sopranos, The Big Bang Theory, and Pretty Little Liars just scratch the surface of the content list. But HBO Max Originals are what fans truly love.

With thousands upon thousands of hours of content, it’s safe to say HBO Max brings some heavy competition to top contenders Netflix and Disney Plus. Especially with the ongoing production of top HBO Max Originals. If all that content on HBO Max has you feeling overwhelmed, you may find yourself not knowing what to start watching first. Luckily we’ve created a curated list of the best HBO Max originals. From rom-com to thrill-seeking, we bet you’ll find something to enjoy.

What are the best HBO Max Original movies and shows to watch right now?

Zack Snyder’s Justice League follows DC Comics’ superheroes Batman, Superman, Wonder Woman, Cyborg, Aquaman, and The Flash as they come together in an attempt to save the world from the looming threat of Darkseid, Steppenwolf, and their army of Parademons.

The behind-the-scenes drama for this film is pretty well known at this point. Snyder was the director of the 2017 version but found himself fighting over the studio over the creative direction as well as suffering the loss of his daughter. He ended up walking away, and Joss Whedon would finish the movie. While the film would earn a decent amount of money worldwide, it was highly scrutinized by critics and disappointed fans.

On social media, fans started a campaign, #ReleaseTheSnyderCut to petition Warner Brothers to let Snyder release his cut. Even some of the film’s stars, like Affleck, Moma, and Gadot, spoke up supporting the release. The voices were heard, DC Extended Universe restored, and HBO Max released the film in March of this year.

Whether you are an action lover or a DC comic fanatic, Zack Synder’s Justice League is a movie worth watching. Just a heads up, this version is a little over 4 hours long, so consider that before you sit down to watch. Ranking considerably better by fans and critics than the 2017 original, we all patiently wait for word on Justice League 2 and 3.

Let Them All Talk

Multi-award winner Meryl Streep plays a Pulitzer Prize-winning author working on her latest manuscript. She embarks on the Queen Mary ship with her nephew and a couple of friends (Bergen and Weist) to accept a literacy award in the United Kingdom.

Acclaimed director Steven Soderberg (Erin Brockovich) filmed this movie with little equipment and primarily natural light. The cast and crew actually set sail on the Queen Mary 2 for two weeks to shoot a lot of the movie.

Deborah Eisenberg wrote the screenplay, but Soderbergh only used the outline to allow the actors to improvise much of their dialogue, making the conversation feel more natural throughout the film. This movie is an excellent watch if you are looking for a comedy and some drama.

Are you a Seth Rogen fan? Then this film is for you! Herschel Greenbaum (Seth Rogen) is a struggling immigrant in 1919 America determined to build a bright future for his family. One day, while working at the factory he falls into a tank of pickles, where he’s trapped for the next 100 years.

The brine preserves him, and when he emerges in 2019 Brooklyn, he finds that he hasn’t aged. He connects with his only living relative, a great-grandson Ben (played by guess who….Rogen!)

While this movie is different from other Seth Rogen movies, the film is pretty funny. And playing dual characters is no easy feat, so two thumbs for Rogen. Put this on your list to watch when you need something heartwarming and want to laugh.

Hathaway and Ejiofor play a couple ending their relationship before being forced to quarantine together during COVID because of lock-down orders in the UK. What could go wrong?

When one is furloughed from their job and the other is forced to fire employees to cut costs, they have to find a way to navigate the new situations the pandemic brings. Disappointed with their current state of life, they create a plan for a jewelry heist.

The cast of Locked Down is excellent, and this movie is perfect for those who love a good heist film with some rom-com thrown in.

Two teens, played by Haley Lu Richardson and Barbie Ferreira (Euphoria), go out on the road together from Missouri to Texas, so one of them can get an abortion without their parents knowing. Giancarlo Esposito, most often known for his roles as villains, plays an intimidating hero of sorts as a supporting part as a mysterious man who helps the teens on their journey.

This film has a compelling twist on the road trip comedy while treating a delicate situation with heart and sensitivity. It has been praised for a pivotal LGBTQ+ character, earning a nomination for the 2021 GLAAD Media Award for Outstanding TV Movie. A combination of humor, drama, and emotionally heartfelt moments, make it a must-see.

Award winner Anna Kendrick plays a 20-something-year-old Darby Carter living in New York City, navigating through work and romance. The series starts in 2012 where Darby attends NYU as a grad student, living with three roommates. As season 1 goes on, viewers see how each of Darby’s encounters brings her closer to finding “the one,” whether she knows it or not.

HBO Max announced they renewed their first original scripted series, “Love Life,” for a second season. In addition to starring as the main character in season 1, Kendrick was also the executive producer. In season 2, she will remain on board, but her focus will be on producing, and her character will only make occasional appearances as the show shifts to a new lead character.

Love Life is a rom-com that is funny, easy to watch, and relatable. Even if the cliches and cheesiness that come with some rom-coms aren’t for you, you will find this show enjoyable and funny with its witty storyline and cast chemistry.

Kaley Cuoco (The Big Bang Theory) plays American flight attendant Cassie Bowden, a spiraling alcoholic. She wakes up in a hotel room in Bangkok after a one-night stand with a passenger only to discover the body of a dead man in the room with her. Not having any recollection of the night before and afraid to call the police, she cleans up the crime scene and high-tails it out of there.

Once she returns to New York City, the FBI asks her to question her layover in Bangkok. She suffers from recurrent flashbacks/hallucinations about the night but cannot piece it together, leaving her to wonder who the killer could be.

Viewers watch as she battles her demons while also fighting for her life and trying to unravel this mystery. Cuoco plays her character remarkably well and has fans raving for more! Good news, the series has been confirmed for season 2. This mystery drama is suspenseful and thrilling without being too heavy, definitely binge-worthy!

Based on an Israeli TV show with the same name, Euphoria follows a group of high school students through their experiences of drugs, sex, friendships, love, identity, mental health, and trauma. The series centers on the relationship between two teenage girls trying to find their place in the world: recovering drug addict Rue (Zendaya) and new-to-town Jules (Schafer).

Euphoria has been praised for its cinematography, storyline, original score(Labrinth), ensemble cast, and approach to significant movements, such as LGBTQ+ representation and mental illness awareness.

This show isn’t like other teenage dramas before its time. Some scenes are hard to watch, triggering, and graphic. But viewers are meant to feel equally entertained and disheartened by what they’re watching. If you are looking for a drama that’s raw and honest, this is it.

Previous “Saturday Night Live” head writers Chris Kelly and Sarah Schneider came together to create “The Other Two.” The series focuses on an aspiring actor and his sister Brooke, a former professional dancer trying to find their place in the world. While working on self-development, they are battling their feelings about their 13-year-old brother Chase’s overnight rise to internet fame.

Critics and viewers alike praise the show for its humor, pop culture parodies, writing, and performances. Need a show that will have you LOLing, for real? Start The Other Two now!

HBO alumni, writer, and director Mike White, is back with a satire comedy mini-series. Across six episodes, this series follows various wealthy guests at the tropical White Lotus resort in Hawaii during a weeklong stay. The show also incorporates the point of view of the hotel staff, contrasting the biases and attitudes of the affluent visitors with those who serve them.

As the week goes on, a more profound complexity arises in these picture-perfect travelers, the hotel’s lively employees, and the idyllic locale itself. The parody on class and privilege and how those on the outside perceive them keep viewers laughing while having them question their own actions.

While this series was only supposed to be one season, HBO Max has said it will be back for a second season, with the possibility of a new cast. It’s entertaining, funny, and thought-provoking, making this a great show for anyone who loves comedy and drama together.