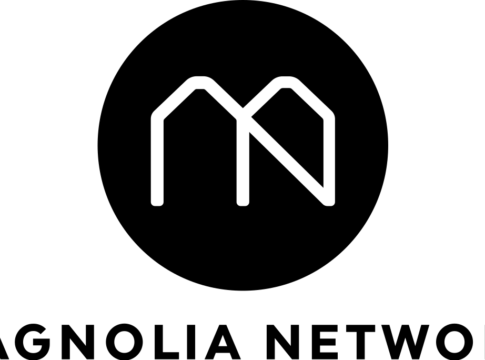 Chip and Joanna Gaines have partnered with Discovery to bring to Magnolia Network (previously known as DIY Network) to your TV in 2022. On Magnolia Network, you’ll find a ton of do-it-yourself programming, including shows like Fixer Upper, cooking show Magnolia Table and gardening show Homegrown – it’s perfect for fans of HGTV.

If you are already a subscriber to Discovery +, you’re good to go – you’ll have access to all of Magnolia Network’s content. You can watch DIY Network live without cable with one of these streaming services: Philo, fuboTV, Hulu + Live TV, Sling TV, or DirecTV Stream. In this article, we’ll help you decide which option is best for you.

Watch Magnolia Network on Discovery Plus

Discovery+ launched in late 2020. And while this service won’t let you watch Discovery live without cable, it’s a great on-demand alternative with tons of top-notch content, and it’s also a lot cheaper compared to the other options on this list.

Discovery+ has two basic plans. You can pay $4.99/month for unlimited access to its content library with ads, or pay $6.99/month for an ad-free subscription. Other than the ads, these two packages give you the same overall experience.

Discovery+ has content from top networks including HGTV, Discovery, Animal Planet, Food Network, TLC, Investigation Discovery, and more. That includes Property Brothers, Diners, Drive-Ins And Dives, Fixer Upper, and tons of other top content. The total is a staggering 55,000+ episodes over 2,500+ titles.

You can stream on up to 4 devices at once with Discovery+, making this a great option if you love Discovery shows and have a large family.

Philo has a unique approach to internet TV that eliminates sports, locals, and most news coverage to provide cord-cutters with an affordable package of entertainment channels, so it’s a great way to watch DIY Network without cable.

Currently, Philo only offers a single package of channels. You’ll pay $25/month for a total of 60+ channels.

Philo has a wide variety of channels for cord-cutters. You can watch Magnolia Network without cable, and also watch popular entertainment channels like TLC, Animal Planet, Discovery, History and HGTV, to name just a few.

You can watch Philo on most major streaming devices, including web browsers, iOS and Android phones and tablets, Roku, Amazon Fire TV, and Apple TV. Chromecast is not supported.

If you want to watch Philo on multiple devices, you’re in luck. This service lets you watch on up to 3 devices simultaneously, so it’s easy to share your subscription with other members of your household.

With Philo, you can save unlimited episodes of your favorite shows and watch them for up to 30 days after you record them, so you’ll always be able to catch up on your favorite Magnolia Network shows.

There’s a good selection of on-demand content on Philo, all sourced from the various networks and channels it carries. You can usually watch a few recently-aired episodes, as well as select past seasons and a handful of top movies.

Philo has a good selection of on-demand content. In total, the service claims to have about 20,000 shows and movies to choose from. This mostly consists of the latest episodes of top TV shows, but also includes some past seasons and wide selection of movies.

fuboTV began as a sports-focused streaming service, but it has expanded to include many different entertainment channels, including Magnolia Network. While it’s a bit pricier compared to some other picks on this list, it’s still a good way to watch Magnolia Network without cable.

fuboTV comes in three primary packages, as you can see in the below pricing table. The cheapest “fubo” package comes in at $64.99/month, and has nearly 100 channels.

You get nearly 100 channels with the base fubo package, but you can’t watch Magnolia Network without cable unless you purchase the “fubo Extra” add-on, which costs an additional $8/month.

With 100+ channels, it can be hard to understand what’s on. That’s why we built the Flixed TV Guide for fuboTV. Check it out now.

When it comes to watching fuboTV, you can use just about any common streaming device including web browsers, Android and iOS devices, Amazon Fire TV, Apple TV, Roku, and Chromecast.

You can stream on up to 3 devices at once with fuboTV by default. If you want more streams, you can upgrade to the Family or Ultra package, or purchase a $9.99/month Unlimited Screens add-on to be able to watch from up to 10 screens connected to your home network, and an additional 2 outside your home network.

The fuboTV DVR lets you record up to 250 hours of content to watch whenever you want. If you want more space, you can upgrade to the Pro or Elite package, or purchase a $16.99/month Enhanced DVR add-on for 1,000 hours of DVR.

The fuboTV on-demand library is similar to the others on this list. Each channel, like Magnolia Network, provides a selection of recently-aired shows, past seasons, and movies that fuboTV users can watch on demand any time.

If you want an all-in-one solution to watch Magnolia Network without cable and to watch video content on demand, Hulu + Live TV may be the best option for you.

Hulu + Live TV comes in one package, which costs $69.99/month and includes 75+ top channels, including Disney+ and ESPN+ channels.

Unfortunately, you can’t get DIY Network with the Hulu + Live TV base package. You’ll need the Entertainment add-on package, which will cost you an additional $7.99/month but provide you with Magnolia Network, CNBC World, Discovery Family, and a few other additional channels for a total of 15.

Want to try Hulu + Live TV but not sure if it’s right for your needs? Check out the Flixed TV Guide for Hulu + Live TV. This ad-free guide works on any device, and will let you get a live preview of all the news, sports, TV shows, movies, and other programming airing on its 65+ channels.

When it comes to supported devices, Hulu + Live TV is one of the best streaming services in the business. You can watch on web browsers and iOS/Android, as well as Apple TV, Chromecast, Roku, and Apple TV. Gaming consoles including the Xbox 360/One, PlayStation 4, and Nintendo Switch are also supported, as are some smart TVs from LG and Samsung.

You can watch on up to 2 devices at once with Hulu + Live TV by default. For more streams, you can upgrade with a $9.99/month Unlimited Streams package, which lets you stream on unlimited devices in your home network, and on up to 3 devices outside your home network.

When you subscribe to Hulu + Live TV, you also get access to the entire Hulu on-demand library at no additional charge, so you can stream tens of thousands of shows and movies, including popular Hulu Originals like Devs and The Handmaid’s Tale.

Other Ways to Watch Magnolia Network

Sling TV is an affordable way to watch DIY Network without cable, though its various packages and optional add-ons can make it a bit confusing. While you can watch Magnolia Network without cable using Sling TV, it’s not part of the base Orange or Blue package. You’ll need the Lifestyle Plus Extra package, which costs an additional $5/month and can be added to any Sling package. Learn more here.

DirecTV Stream is a viable way to watch Magnolia Network without cable, but it’s very expensive compared to the other services on this list. Still, it has a solid channel lineup and some good features, so it may be the best choice for some cord-cutters. To get Magnolia Network without cable, you’ll need the $94.99/month Ultimate package or a higher-tier package. Learn more here.