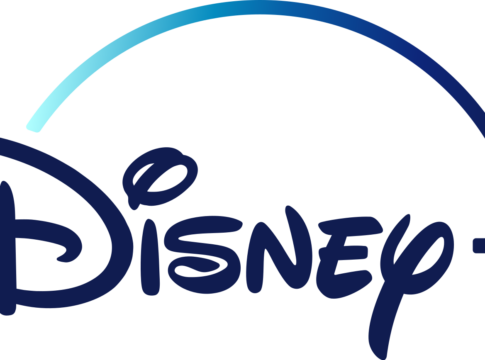 Disney+ and HBO Max are two of the newest subscription services to have hit the market in recent years. They’ve both become popular, with plenty of subscribers already on-board and tons of great content. But how do they compare to one another? And which one should you choose if you only want to subscribe to one of them?

Well, there are several aspects to consider when it comes to comparing Disney+ vs HBO Max. In this guide, we’ll put HBO Max and Disney+ side-by-side. We’ll look at the strengths and weaknesses of each service. Plus, we’ll see how they compare in terms of content, price, plans, and more. By the end, you’ll be able to make a much more informed decision on HBO Max or Disney+.

Disney+ is a streaming service owned and operated by The Walt Disney Company. It offers a wide selection of shows and videos on-demand from brands like Disney, Pixar, Marvel, and Star Wars. The service launched in 2019.

HBO Max is another popular streaming service that started in 2020. It offers content like Game of Thrones, The Wire, and The Flight Attendant. Subscribers can also enjoy the latest WB movies released first on the service.

Let’s start off with one of the most important aspects of all: price. With so many streaming services out these days, costs can add up. So how much will you need to pay to enjoy the content on Disney+ and HBO Max?

So, when it comes to pricing, Disney+ has the edge. It is much cheaper than HBO Max, when compared to the ad-free pricing. Plus, it can be bundled together with other streaming services for a low price.

Next, let’s look at what you can expect to find on each of these platforms in terms of original content. “Original content” refers to any films, shows, or other media that is created for the platform or released on an exclusive basis on that platform. Both Disney+ and HBO Max have a range of original programming for viewers to enjoy.

When it comes to original content, both of these platforms are producing some popular and highly-rated shows. The best option for you will depend on your tastes. Marvel and Star Wars fans will want to sign up for Disney+ to get access to the latest stories in these universes, while fans with more diverse tastes may prefer the wider range of content on HBO Max.

Along with the new, original shows and films on each platform, both HBO Max and Disney+ also provide a library of other content for subscribers to enjoy. Here’s what you can expect to find on each of these streaming services.

In terms of other content, HBO Max has the more varied range of programming. It offers comedies, drama, classic films, modern superhero movies, documentaries, and more. Disney+ is more catered towards family content, like kids’ shows and Marvel movies.

Another factor to think about when it comes to HBO Max vs Disney+ is compatibility. You may want to run these apps on a range of devices, such as smart TVs, Roku boxes, game consoles, or Android phones. Fortunately, there’s no major difference between the two in this field. Both Disney+ and HBO Max are capable of working on almost any device you can think of, including the following:

How do Disney+ and HBO Max compare in terms of quality? Well, when the services launched, Disney+ clearly had the edge, as it immediately offered 4K HDR streaming, while HBO Max launched without this feature. Since then, HBO Max has been updated to include some 4K content, like the latest Warner Bros. movies.

However, Disney+ has far more 4K content overall. It also makes this content much easier for users to access. All subscribers of Disney+ get to enjoy dozens of movies in 4K UHD and even IMAX-enhanced versions of many new movie releases, too. If you want 4K on HBO Max, you’re limited to a small selection of films, and you have to pay for the ad-free plan, too.

Both Disney+ and HBO Max allow multiple people to stream simultaneously on different devices from the same account. This allows you to pay for one membership for your household and allow each member of the family to watch different shows and films at the same time. However, there’s a slight difference between the two: Disney+ offers four simultaneous streams, while HBO Max is limited to three.

In terms of the interface and general user experience, there are only minor differences between HBO Max and Disney+. Both of these streaming services have user-friendly menus, with content sorted into different categories and a search function for finding your favorite things to watch. Disney+ arguably has more of a busy interface, with content divided up among its various brands like Marvel and Star Wars. HBO Max, meanwhile, has more of a minimalistic hub.

As you can see, both HBO Max and Disney+ are super streaming services with a lot to offer. It’s no surprise that both of these services have become popular and attracted some big audiences already. But, if you’re only able to pick one, which should you choose: HBO Max or Disney+?

Well, it all depends on what you want from your streaming platform. Both HBO Max and Disney+ offer enjoyable user experiences and are compatible with most devices. They also both have a ton of quality content, with Disney+ offering an almost endless supply of family films and shows, while HBO Max provides more of a varied catalog of movies, comedies, documentaries, etc.

HBO Max has the more diverse range of content to suit households where people have a range of tastes, while Disney+ may be more recommended to families with children. Disney+ also has the advantage of being the cheaper of the two services, and it has some extra bonuses like four simultaneous streams and a big selection of 4K content.