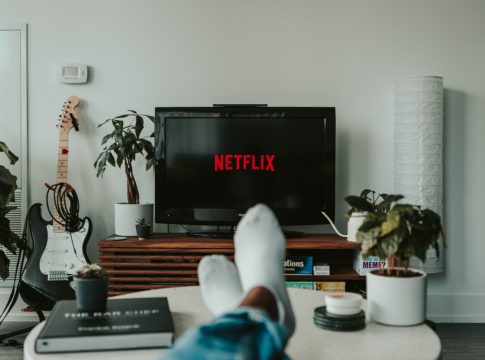 The TV has been one of the cornerstones of family bonding for close to a century now. The family gathered around the warm glow of a TV set while watching a movie together is a scene you can find in every household. And up till recently, you needed cable to get the most out of a TV.

But these days, cable TV is quickly going the way of the dinosaurs. With the advent of on-demand streaming services, the value proposition of cable is going down the drain.

However, this gives rise to a new problem. The streaming market is quickly becoming saturated with competition. With so many platforms popping up one after the other, it is becoming difficult to choose the right platform for you.

To help narrow down your options, we put Apple TV+ and Netflix head-to-head to see which would give you the best bang for your buck.

Getting to test drive a streaming service is one of the best perks you could ask for. After all, getting a sample is a great way to discover if you’ll get the most out of a product without costing you a penny.

So, how do the Netflix and Apple TV+ free trials stack up against each other?

Apple is generous when it comes to giving out free trials for its streaming platform. Plus, if you’ve recently purchased an eligible Apple product, you can get a 3-month long free trial of Apple TV+.

But don’t worry. If you aren’t a happy owner of an iPhone 13 or a new iPad, you’re not out of luck. You can still get a free trial of Apple TV+. You’re not gonna get a full 3-month long sample, but you’ll still get to try out the platform for a week.

After your trial, if you decide to keep Apple TV+, you don’t have to do anything. Just keep enjoying your favorite content and you’ll receive a bill in the following month.

But, if you anything about Apple TV+ unsatisfying, be sure to remove your credit card details from your Apple TV+ account before the trial expires so you don’t get charged.

Despite being the standard-bearer for the on-demand streaming business, Netflix is rather stingy when it comes to free trials. Originally, the company offered a month-long free trial, but it has since phased out the trial period.

As far as free trials are concerned, Apple TV+ beats Netflix in this category.

One of the biggest factors in deciding if a streaming platform is right for you is its price. After all, if another streaming service provides you with the same features at a lower price, then what’s keeping you from choosing the cheaper service?

With that in mind, let’s take a look at what kind of subscription models Apple TV+ and Netflix have on offer.

As of writing, Apple TV+ has 2 different subscription models available.

Netflix offers more flexibility when it comes to customizing your subscription. Currently, you’ll have 3 subscription models to choose from.

When it comes to streaming platforms, Netflix provides a plethora of options that fit every budget.

One of the main reasons for switching to streaming over cable TV would be access to an on-demand library. The ability to watch whatever you want, whenever you want is one of the primary benefits of a streaming service. But, if you can’t find your favorite movies or shows on a particular platform, you’ll be better served looking for an alternative.

So, between Apple TV+ and Netflix, which platform has the superior content library?

When compared to its contemporaries, Apple TV+ is a relative newcomer to the streaming game. The platform only launched in late 2019, making it one of the newer platforms on the market today.

Because of this, Apple TV+ still has a relatively sparse content library. But that doesn’t mean that its content vault is worthless. On Apple TV+, you’ll find acclaimed titles such as The Sopranos, Madmen, and The Wire.

Despite being one of the newer services on the market, Apple TV+ has a strong lineup of shows and movies that is only looking to grow.

When you think of on-demand streaming, the one name that comes to mind is Netflix. Netflix is the streaming platform to beat and has dominated the marketing since it pivoted to online streaming back in 2004. With over 221 million subscribers worldwide, you can expect the streaming giant to have a very strong content library.

And without a doubt, the Netflix content library is one of the largest. You’ll find fan-favorite movies like The Lord of the Rings Trilogy on the platform. You can even watch a variety of shows like hit anime shows like My Hero Academia or couch-classics like F.R.I.E.N.D.S.

When it comes to streaming services Netflix has an edge over the competition.

A good measure of a streaming platform’s quality is its original content. After all, the main feature that will draw you to one platform over another is its exclusive content.

Both Apple TV+ and Netflix have a selection of original content. But between the 2, which one has a better offering?

Apple TV+ has a very strong offering of original content.

On the tech giant’s streaming platform, you’ll get movies and shows that the whole family can enjoy. For example, you can check out the psychological thriller Severance which is about a team of office workers whose memories have been mysteriously altered. Or you can check out shows like Ted Lasso which is a lighthearted comedy about the exploits of a football coach.

With Apple TV+, you’ll get a hearty selection of original content.

It goes without saying, Netflix has a wide selection of excellent original movies and shows.

On Netflix, you’ll find Emmy and Golden Globe-nominated shows like Stranger Things. You’ll also get to watch movies like Bird Box. The platform even has exclusive rights to anime programming like Violet Evergarden

All in all, Netflix has a very strong selection of original content that you won’t find anywhere else.

Watching movies and series on your mobile devices is one of the joys of modern technology. For that reason, device support is a key feature to look out for when choosing between streaming services.

Let’s take a gander at how Netflix and Apple TV+ stack up when it comes to device support.

Since Apple TV+ is developed by Apple, you can expect the service to have app support on all iOS devices, Mac, and Apple TV. But besides that, most modern devices have Apple TV+ app support such as:

As you can expect from the world’s most popular tech company, Apple TV+ has an app for almost every device.

Over the years, Netflix has expanded its device support to cover almost every modern device. These days, you can watch Netflix on devices like:

Besides maybe your smart fridge, you can expect your device to have a Netflix app.

One of the annoyances of cable TV is having to fight for TV time. Unless every TV in the house is hooked up with a cable connection, you’ll inevitably have to fight for your turn on the tube.

But with streaming services, arguments over who gets to watch become a thing of the past thanks to account sharing.

Apple TV+ allows the entire family to have their own screen to watch their preferred content. The service has a 5 device simultaneous login limit.

With Apple TV+, you’ll never have to fight for your turn to watch TV.

Netflix has a simultaneous login limit based on the tier of your subscription.

While not as generous as Apple TV+, Netflix is still competitive when it comes to the simultaneous login feature.

Say Goodbye to Cable TV with Netflix and Apple TV+

These days, cable TV is becoming pricey and obsolete so it’s no surprise that many younger generations are sticking to streaming instead. With the rise of streaming services, cable-cutting looks to be quite the appealing prospect.