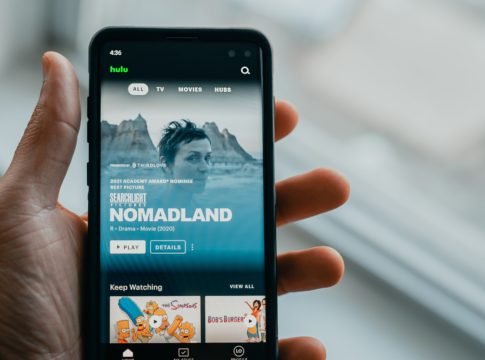 Streaming platforms like Apple TV+ and Hulu are the current go-to avenue for watching content. Watching your preferred movies whenever you want is far more convenient than having to watch shows based on a TV schedule.

Add to that, streaming platforms add new shows and movies to their media libraries on the regular. In fact, you can expect to find current movies to show up on a streaming service just a month or 2 after they hit cinemas.

But between Apple TV+ and Hulu, which will give you a better bang for your buck?

To help you decide between the 2 streaming platforms, we’ll give a head-to-head comparison of Apple TV+ and Hulu.

Before buying into something, you want to try it out first. Before you buy a car, you’re offered a test drive. The same thing applies when you’re shopping around for streaming service subscriptions. You’d want to find out if one platform has better features over another or if you can watch your favorite movies on either service.

With that in mind, let’s check out what’s going on with Apple TV+ and Hulu as far as free trials are concerned.

If you’re happy with Apple TV+, once the trial period runs out, you won’t have to do anything to enjoy the service. You can keep watching your favorite content, and you’ll receive the bill the following month.

But, if you’re unsatisfied with Apple TV+, all you need to do is remove the payment details from your Apple TV+ account.

While not as substantial as Apple TV+, Hulu also offers free trials. New Hulu subscribers get a 7-day free trial period. During the week, they can enjoy all the content available on the platform. From Hulu originals to on-demand movies, you can sample everything during the trial.

Much like Apple TV+, if you’re satisfied with Hulu, you don’t have to do anything. You can keep enjoying all the content that Hulu has to offer, and you’ll be billed the following month. If you’re unsatisfied with anything, just remove your payment info to deactivate your account and avoid charges.

When choosing a streaming platform, the first thing that usually comes to mind is, how much? After all, if you’re paying as much as you do for cable, there would be little to gain from a subscription.

So, how much is a subscription to Apple TV+ and Hulu?

Currently, there are 2 options when subscribing to Apple TV+.

Both subscriptions have access to the same content and features. But with an annual subscription, you can save 15% for a year’s worth of Apple TV+.

When it comes to Hulu, you also have 2 choices available when you subscribe to the streaming platform.

With Hulu, subscribers will get to tailor-make their subscriptions to fit their preferences and budget.

When choosing between streaming platforms, one of the main deciding factors for choosing a platform is the platform-exclusive content.

Then, between Apple TV+ and Hulu, which has a better selection of original content?

As you can expect from a streaming service by the world’s most popular tech giant, you’ll find a lot of quality original content.

Apple TV+ has originals that the entire family can enjoy. There are shows like the successful drama series, The Morning Show. And, there are even exclusive cartoons that the kids can enjoy. Cartoons like The Snoopy Show and Harriet the Spy.

On Apple TV+, you’ll find a ton of original content.

On Hulu, you can find shows that will cover the entire spectrum of genres. From gripping drams like Wu-Tang: An American Saga. To follow-ups to popular sitcoms like How I Met Your Father. Hulu will have an original show that anyone can binge.

When you subscribe to Hulu, you’ll get some of the best original content that the market has to offer.

Another important factor when choosing a streaming service is its media library. If you can’t watch your favorite shows or movies on the platform you subscribe to, you won’t be getting the most from your subscription.

With that in mind, let’s take a look at the on-demand content available on Apple TV+ and Hulu.

Being launched in November 2019, Apple TV+ is a relative newcomer to the streaming game. But, Apple TV+ is nothing to scoff at when it comes to on-demand content. You can find Oscar-winning movies like CODA on Apple TV+. Add to that, you can even find more eclectic movies like Wolfwalkers on the platform.

While Apple TV+ has a relatively small media library, you’ll still find a ton of high-quality content that makes up for the lack of quantity.

As one of the giants of the streaming business, you can expect to find a vast media vault on the Hulu platform.

On Hulu, you get tons of your favorite shows and movies. You can watch cult classic anime movies like Akira. You can also find popular foreign movies like Parasite. But, you can also watch popular movies like Shrek on the streaming giant.

When you subscribe to Hulu, you’ll get a streaming platform that can satisfy all your media cravings.

To choose the right streaming platform for you, you have to take into account what devices you own. After all, if a streaming service doesn’t support any of the devices you own, you can’t watch anything on the platform.

So, how do Apple TV+ and Hulu stack up when it comes to device support?

You can expect support for Apple TV+ on all Apple devices. Besides that, Apple TV+ is also supported on a wide range of modern devices such as:

When you subscribe to Apple TV+, you can expect any of your devices to have an Apple TV+ app available.

As one of the most successful streaming platforms, Hulu has expanded its device support to accommodate most modern devices. You can watch your fav shows on Hulu with any of the following:

The great thing about Hulu is that it’s accessible to almost any device you can find in your home.

Sharing a subscription across a multitude of devices is one of the benefits of streaming platforms. The kids can watch cartoons in one room, while the parents can be watching an action movie in the living room.

Being able to share an account across a multitude of devices is one of the key features you should look out for when choosing platforms.

When you subscribe to Apple TV+, you’ll rarely have to fight over watching the TV ever again. Apple TV+ has a very generous simultaneous login limit of 5 devices. This way, the entire family can enjoy their favorite content whenever they want.

Enjoy the On-demand Content on Apple TV+ and Hulu

Between Apple TV+ and Hulu, you’ll get the best that streaming has to offer. With either of these services, you’ll run out of shows or movies to watch!