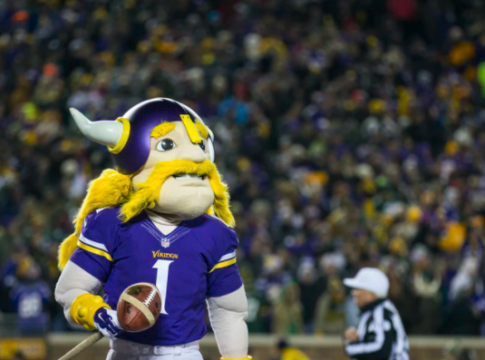 The Vikings vs Bengals game starts off week one in a matchup between two teams coming off of injury-ridden seasons. The Bengals are looking for a big season out of the star quarterback, Joe Burrow, who had a traumatic knee injury at the end of last season. Burrow will need to bounce back, and has a solid chance in week one against a middle of the pack Vikings defense.

For the Vikings, Kirk Cousins will get the start after passing for over 4,200 yards and 35 touchdowns in the 2020 season. The Vikings did select quarterback Kellen Mond in the 2021 draft, but plan to stick with the veteran to begin the season. With a star running back, Dalvin Cook, and wide receiver, Justin Jefferson, the Vikings have the ability to be a fearful offense this season.

What time is the Vikings vs Bengals game?

The Cincinnati Bengals will host the Minnesota Vikings on Sunday, Sept 12th at 1pm ET. The game will be played in Cincinnati at Paul Brown Stadium.

What channel is the Vikings vs Bengals game on?

The Vikings vs Bengals game will live stream on FOX. Plan to see Chris Myers, Daryl Johnston and Jennifer Hale as part of the announcement crew for Sunday’s matchup.

How to Watch the Vikings vs Bengals Game Live

With the matchup on FOX, you’ll be able to watch the Vikings vs Bengals game on most live TV streaming services. However, not every streaming service offers other popular NFL channels like NFL Network and NFL RedZone. But those premium channels can typically be added to your plan at an additional cost.

Our Recommendation: Watch Vikings vs Bengals on Hulu + Live TV

Not only can you watch the Vikings vs Bengals game on Hulu + Live TV, but you’ll get access to a massive library of on demand movies and shows. The live TV service also offers over 65+ top live TV channels and the ability to stream on multiple devices at the same time. Hulu + Live TV has some affordable live TV plans starting at $64.99 and can be customized with add-on channels like NFL Network or NFL RedZone for an additional price. The service also offers a 7-day free trial, so you can watch the first week for free.

Watch the Vikings vs Bengals on Sling TV

You can also watch the Vikings vs Bengals game on Sling TV. However, you’ll have to give up watching any of the NFL games on CBS over the season. The Sling TV Blue plan offers FOX as well as about 40+ other live TV channels for $35 per month, while the Orange plan offers 30+ channels including most ESPN channels. Or bundle both and get access to all of Sling’s channels for $50 per month.

Watch the Vikings vs Bengals on fuboTV

FuboTV has also risen to the top as one of the best sports streaming services available. You’ll be able to watch the Vikings vs Bengals game live as well as any other NFL games on FOX, CBS, NBC, and ESPN. FuboTV plans start at $64.99 and come with the ability to upgrade your channels list with available add-ons. The live TV service also offers a 7-day free trial, so you can watch the first week for free.