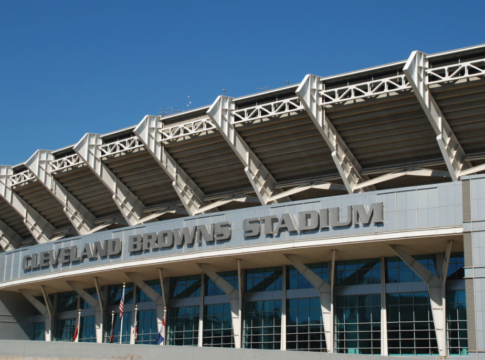 The Browns vs Chiefs game starts off in a week one battle between two teams with Super Bowl aspirations. The Chiefs and Patrick Mahomes are on a mission to make it back to the championship for the third straight season. Mahomes is entering the season as a top MVP candidate, but will face a tough week one opponent with a stout Browns defense.

For the Browns, Baker Mayfield will lead the offense with Nick Cubb, Odell Beckham Jr, and Jarvis Landry at his side. The Browns rushing attack will put up a challenge for the Chiefs defense that has struggled against run first offenses in the past. Overall this matchup will be one that no football fan will want to miss.

What time is the Browns vs Chiefs game?

The Kansas City Chiefs will host the Cleveland Browns on Sunday, Sept 12th at 4:25pm ET. The game will be played in Kansas City at Arrowhead Stadium.

What channel is the Browns vs Chiefs game on?

The Browns vs Chiefs game will live stream on CBS. Plan to see Jim Nantz, Tony Romo, and Tracy Wolfson for the announcement crew on Sunday’s matchup.

How to Watch the Browns vs Chiefs Game Live

With the matchup on CBS, you’ll be able to watch the Browns vs Chiefs game on most live TV streaming platforms. However, not every streaming service provides access to popular NFL channels like NFL Network and NFL RedZone. But those channels can typically be added to your plan for an additional price.

Our Recommendation: Watch Browns vs Chiefs on Hulu + Live TV

Not only can you watch the Browns vs Chiefs game on Hulu + Live TV, but you’ll get access to a massive library of on demand movies, shows, and originals. The live TV service also offers over 65+ top live TV channels and the ability to stream on multiple devices at the same time. Hulu + Live TV has some affordable live TV plans starting at $64.99 and can be customized with add-on channels like NFL Network or NFL RedZone for an additional price. The service also offers a 7 day free trial, so you can watch the first week free.

Watch the Browns vs Chiefs on fuboTV

FuboTV has also risen to the top as one of the best sports streaming services available. You’ll be able to watch the Browns vs Chiefs game live as well as any other NFL games on FOX, CBS, NBC, and ESPN. FuboTV plans start at $64.99 and come with the ability to upgrade your channels list with available add-ons. The live TV service also offers a 7 day free trial, so you can watch the first week free.

Watch the Browns vs Chiefs on Paramount Plus

Paramount Plus, formerly known as CBS All Access, will also show the Browns vs Chiefs game but only to local networks. The service also comes with a wide variety of on-demand movies and shows for extra entertainment.