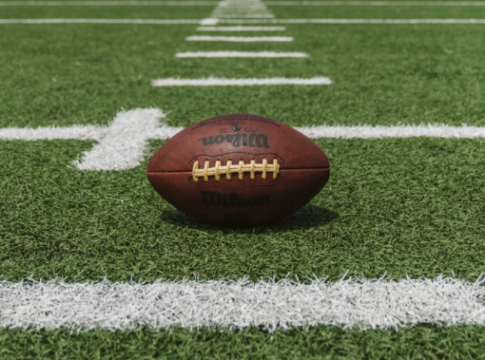 The Broncos vs Giants game starts off in a week one matchup between two teams looking to establish themselves in the divisions. The Giants are led by Daniel Jones who is now paired with Saquon Barkley, Kenny Golladay, and Evan Engram this season. Unfortunately all three of those weapons have shown signs of injury the last couple weeks. Jones will have his hands full in the season opener as he’ll be playing a Broncos defense hunting to be the top defense in the league.

For the Broncos, Teddy Bridgewater will enter the season as the starting quarterback after beating out Drew Lock. The Broncos have spent time improving the receiving corps as well as the defense over the offseason. Both of those areas of the roster are now solidified, and are excited to start the season against a young Giants team.

What time is the Broncos vs Giants game?

The New York Giants will host the Denver Broncos on Sunday, Sept 12th at 4:25pm ET. The game will be played in New Jersey at MetLife Stadium.

What channel is the Broncos vs Giants game on?

The Broncos vs Giants game will live stream on FOX. Plan to see Adam Amin, Mark Schlereth, and Shannon Spake as part of the announcement crew for Sunday’s matchup.

How to Watch the Broncos vs Giants Game Live

With the matchup on FOX, you’ll be able to watch the Broncos vs Giants game on most live TV streaming platforms. However, not every streaming service offers other fan-favorite NFL channels like NFL Network and NFL RedZone. But those channels can typically be added to your plan for an additional price.

Our Recommendation: Watch Broncos vs Giants on Hulu + Live TV

Not only can you watch the Broncos vs Giants game on Hulu + Live TV, but you’ll get access to a massive library of on demand movies and shows. The live TV service also offers over 65+ top live TV channels and the ability to stream on multiple devices at the same time. Hulu + Live TV has some affordable live TV plans starting at $64.99 and can be customized with add-on channels like NFL Network or NFL RedZone for an additional price. The service also offers a 7 day free trial, so you can watch the first week free.

Watch the Broncos vs Giants on Sling TV

You can also watch the Broncos vs Giants game on Sling TV. However, you’ll have to give up watching any of the NFL games on CBS over the season. The Sling TV Blue plan offers FOX as well as about 40+ other live TV channels for $35 per month, while the Orange plan offers 30+ channels including most ESPN channels. Or bundle both and get access to all of Sling’s channels for $50 per month.

Watch the Broncos vs Giants on fuboTV

FuboTV has also risen to the top as one of the best sports streaming services available. You’ll be able to watch the Broncos vs Giants game live as well as any other NFL games on FOX, CBS, NBC, and ESPN. FuboTV plans start at $64.99 and come with the ability to upgrade your channels list with available add-ons. The live TV service also offers a 7 day free trial, so you can watch the first week free.