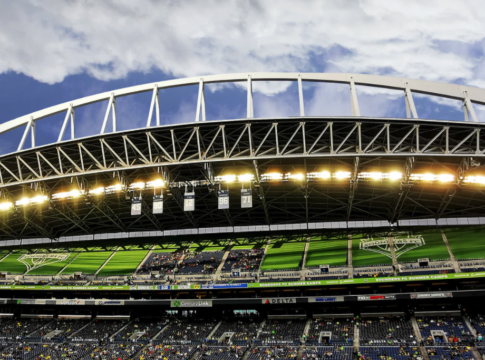 The Seahawks vs Colts game starts off week one matchup between two strong playoff contenders. Carson Wentz will get his first regular season start with the Colts after rejoining his former coach, Frank Reich, this past offseason. He will be looking to rebuild his career, but will be facing a Seahawks defense that came to life at the end of the 2020 season.

Fans won’t want to miss watching the Seahawks vs Colts game. Russel Wilson is on the hunt for another Super Bowl appearance in his 10th season. Last season he led the team to a 12-4 finish passing for over 4,200 yards and 40 touchdowns. Wilson is still paired with DK Metcalf and Tyler Lockett; making this a recipe for success.

How to Watch the Seahawks vs Colts Game Live

You’ll be able to watch the Seahawks vs Colts on most live TV streaming services since the game will be on FOX. However, not every streaming service has other popular NFL channels like NFL Network and NFL RedZone. Those premium channels can usually be added onto your plan for an added cost.

Our Recommendation: Watch Seahawks vs Colts on Hulu + Live TV

Not only will you be able to watch the Seahawks vs Colts game on Hulu + Live TV, but you’ll get access to a massive library of on demand content. The live TV service also offers over 65+ top live TV channels and the ability to stream on multiple devices at the same time. Hulu + Live TV has some affordable live TV plans starting at $64.99 and can be customized with add-on channels like NFL Network or NFL RedZone for an additional price. The service also offers a 7-day free trial, so you can watch the first week for free.

Watch the Seahawks vs Colts on Sling TV

You can also watch the Seahawks vs Colts game on Sling TV. However, you’ll have to give up watching any of the NFL games on CBS over the season. The Sling TV Blue plan offers FOX as well as about 40+ other live TV channels for $35 per month, while the Orange plan offers 30+ channels including most ESPN channels. Or bundle both and get access to all of Sling’s channels for $50 per month.

Watch the Seahawks vs Colts on fuboTV

FuboTV has also risen to the top as one of the best sports streaming services available. You’ll be able to watch the Seahawks vs Colts game live as well as any other NFL games on FOX, CBS, NBC, and ESPN. FuboTV plans start at $64.99 and come with the ability to upgrade your channels list with available add-ons. The live TV service also offers a 7-day free trial, so you can watch the first week for free.