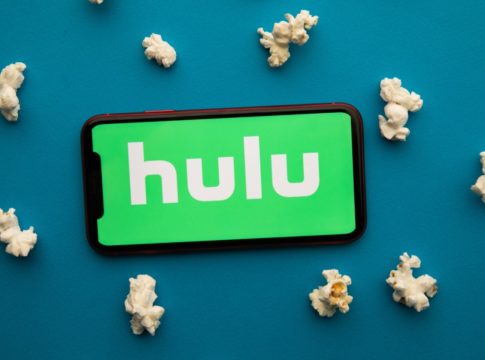 YouTube TV and Hulu Live TV have become leaders in providing live TV streaming entertainment for cord-cutters. Whether it be for live sports or new show releases, both services provide a personalized service that’s better than most competitors. No contracts, massive channels list, competitive prices, and useful features have given these two streaming platforms an edge against the competition.

But choosing between YouTube TV and Hulu Live TV isn’t easy. And there are some clear differences between both services that you should know before making a decision. Overall, we think Hulu Live TV has a slight edge over YouTube TV due to the vast on-demand library of movies and shows that comes with the service.

Hulu Live TV and YouTube TV both offer hundreds of quality streaming channels for a similar monthly price. However, only YouTube TV offers a 14-day trial period to give you a feel for its streaming service. That free trial option ends on March 16, 2022 though.

Live TV is still a priority for many streamers, and luckily, Hulu Live TV and YouTube TV both offer over 75+ local channels. YouTube TV does offer a slight advantage by providing around ten additional channels for an average of 85 local channels, including PBS. With both, you never miss out on another local game or breaking news segment with networks such as ESPN, CBS, ABC, CNN, FOX, NBC, and more. YouTube TV and Hulu Live TV also offer add-on packages with popular networks.

Offering unlimited Cloud DVR hours is no small feat. Binge-watchers, step aside: YouTube TV has shone through by letting you hold as many recordings as you’d like for as long as nine months. Hulu also allows you to record your favorite shows and movies, but to a lesser extent — only 50 hours of recordings and at $9.99 per month.

Additionally, YouTube TV takes another slight advantage by including three simultaneous streams with their base package compared to Hulu’s two streams. This way, multiple devices or friends and family can share and stay connected.

Hulu Live TV has a base plan starting at $69.99 per month. With this plan, you can stream on up to 2 screens at a time. You can also watch live TV online and on your Apple, Android, Roku, Fire TV & Fire Stick, Chromecast, XBOX, Playstation, and Nintendo Switch devices.

The next plan is a no-ads version of Hulu Live TV for $68.99 per month — this means that for just $1 more, you can watch with no annoying ads interrupting your streaming.

But the biggest value that Hulu Live TV offers is the fact that, for no additional fee, you can access all the content on Disney+ and ESPN+. This is a considerable savings since on their own, Disney+ and ESPN+ cost $7.99 and $6.99 respectively.

YouTube TV’s plan starts at $64.99 per month. Apart from its base price, YouTube TV hasn’t set up any tiers besides its basic plan. More options are available compared to Hulu’s base plan, such as unlimited Cloud DVR and an extra simultaneous stream screen.

Of course, sports and other additional packages can be added on but bundled separately according to preferred channels. Also, as with Hulu Live TV, you can watch YouTube TV on your Apple, Android, and Google Smart devices and video game consoles.

Both Hulu Live TV and YouTube TV offer FOX, CBS, ABC, NBC, and Discovery Channel in their base plan. To get a complete list of the channels provided in your area, click here.

Depending on your area, Hulu Live TV and YouTube TV have an extensive list of local channels included in their basic package. This is one of the strongest similarities when comparing the two services.

Local news and sports from FOX, CBS, ABC, and NBC are included with YouTube TV and Hulu Live TV — but as stated above, each region differs in terms of availability. In terms of news coverage, YouTube TV is the only one to offer PBS.

Luckily, sports fans get the ESPN network along with ESPN 1, ESPN 2, and ESPN News with both platforms. NFL, NBA, MLB, and NHL all shine through with YouTube TV. That’s right, regional sports channels such as TBS, FS1, FS2, ESPN, NBCSN, TBS, and TNT are already included in the base price. What’s more, most college sports channels that stream major conferences like Big Ten Network, ACC Network, and CBS Sports Network are also available sans add-on!

YouTube TV also offers MLB Channel and NBA TV with its plan, unlike Hulu Live TV. To a lesser extent, Hulu Live TV does offer a $9.99 per month sports package which includes Sunday football channels such as NFL RedZone and even channels for outdoors enthusiasts, like the Outdoor and Sportsman Channel.

Whereas the Golf Channel does stream on both streaming services, the Tennis channel does not. In the mood for some games from across the pond? Football channels from La Liga, The Premier League, and Bundesliga are all available as add-ons for both Hulu Live TV and YouTube TV.

Both streaming services offer E! Channel, Bravo, BET, Comedy Central, Cartoon Network, Nickelodeon, and Disney Channel. The holidays might not be the same whether you choose YouTube TV vs. Hulu Live TV because Hallmark Channel isn’t included with either. Lifetime and Lifetime Movie Network streams on Hulu Live TV but not YouTube TV.

If you’re a foodie, there is a sweet spot for you — Food Network streams on both YouTube TV and Hulu Live TV. Additionally, Tastemade is available with YouTube TV and the Cooking Channel is a paid add-on on Hulu plus Live TV. And listen up history and mystery buffs alike: YouTube TV doesn’t offer History Channel or A&E. Alternatively, it does provide the IFC Channel. Hulu Live TV does offer both, but not AMC. That means you’ll have to head over to YouTube TV to watch your favorite The Walking Dead and Better Call Saul recaps.

Here’s a riddle: what happens to the list of all the great shows that you have piling up? You know the ones — the recommendations you keep getting from friends and coworkers that you desperately want to keep up with?

The solution is simple: Cloud DVR.

Streaming services have been upgraded with infinite storage capabilities. This is where YouTube TV really gets an atta-boy. Already included in their base price, YouTube TV offers unlimited cloud storage for up to 9 months. As for Hulu Live TV, this is an additional paid add-on. With “Enhanced Cloud DVR” you can add 200 more hours and fast-forward (for $9.99 per month), but only 50 hours are offered in its base plan — and that’s without the option to skip through ads.

If you’re looking for a high-resolution experience, YouTube TV has a $9.99 per month 4K or Ultra High Definition (UHD) add-on for pristine clarity and viewing quality. This also allows users to watch offline and have unlimited streams. It’s important to note though, that after a year, this gets bumped up to an additional $20 per month. . You can get 4K content on Hulu Live TV, but only for certain on-demand titles. Live broadcaset max out at HD resolution.

On-demand shows are available on both streaming platforms. YouTube TV and Hulu Live TV also offer add-on packages with popular networks such as HBO Max, Starz, Showtime, Disney+ and BET+ averaging at about $8-10 per add-on. Recently, YouTube TV has started running a $29.99 bundle on HBO Max, Showtime, and Starz. — which saves you about $5 per month on average if bundled individually.

Hulu Live TV doesn’t have a similar bundle, but it does provide some savings. Hulu Live TV’s subscription plan includes access to the Disney+ on demand catalog as well as the live and on-demand sports coverage of ESPN+.

Unfortunately, both services don’t have Univision available. That doesn’t mean that they aren’t included in local channel listings though, as it can vary by zip code. There are also español add-ons for about $5 per month, which include Telemundo and FOX and CNN en español and NBC Universo.

Which service is better?

In the ever-evolving landscape of streaming services, there is usually a lot of differentiation between services. That being said, YouTube TV and Hulu Live TV are extremely similar in many ways. For which service is better, it mainly comes down to your own preferences and streaming needs. However, we think Hulu Live TV offers a better overall experience with the addition of it’s on-demand library of movies and shows.

Different streaming services offer attractive packages depending on the streamer. If you’re in need of a service with powerful features like three simultaneous streams, unlimited Cloud DVR, and solid add-on packages then YouTube TV is a better option. However, Hulu Live TV dominates on the entertainment and sports side with the offering of their full on-demand library with Hulu Originals and thousands of movies and shows at your fingertips. Throw in the extra value of Disney+ and Hulu Live TV, and you get one great deal.