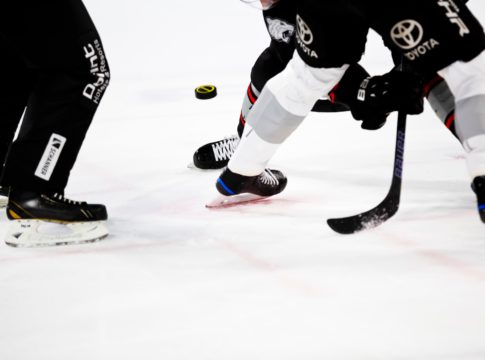 The regular NHL season begins at 7:30pm ET on Tuesday, October 12th with a match-up between the Pittsburgh Penguins and the Tampa Bay Lightning. The game will air on both ESPN and ESPN+ simultaneously, and it marks the first time ESPN has aired NHL games since 2004. There are several different ways to stream NHL games this season.

ESPN+ is an essential add-on for this season, because it will broadcast 75 regular season games exclusively. ESPN+ also gives NHL fans access to many out-of-market games.

This year, ABC, ESPN, TNT and the NHL Network will air games exclusively, so it’s best to pair your ESPN+ subscription with another streaming service if you don’t want to miss anything. Replays of all the NHL games can be viewed on ESPN+ 24 hours after the live stream ends.

How much does ESPN+ cost?

ESPN+ is an essential add-on this year to stream NHL games. At an inexpensive monthly cost, ESPN+ is a great way to get your hockey fix this season. There are quite a few incentives for you to subscribe to ESPN+ as an NHL fan.

Each Tuesday from October 19th to December 28th, ESPN+ will air an exclusive matchup. Starting in January 2022 through the end of the season in April, national games will stream on ESPN+ on Tuesdays, Thursdays, and limited Fridays. It’s important to note that Hulu will also stream the same 75 exclusive, national games this season.

ABC will air 10 exclusive games this season, all of which can be streamed live through ESPN+. Starting on February 22nd, ABC will air exclusive games every Saturday. The 2022 NHL All-Star game will air on ABC, as well as the Thanksgiving game between the St. Louis Blues and Chicago Blackhawks on Friday, November 26th.

Out-of-market games are included in your ESPN+ subscription at no additional cost, with no regional sports network subscriptions required. Over 1,000 out-of-market games will air on ESPN+ in the 2021-2022 season. There are some local blackout rules to be aware of. This is important to note if you live in the area where your favorite team plays.

If you don’t mind waiting to stream the games that air on the NHL Network and TNT, ESPN+ will post replays of all NHL games within 24 hours after the end of the live stream. The same rule applies for any blacked-out local games. If you can avoid spoilers on the internet and don’t mind being out of the loop, getting a subscription for ESPN+ without another streaming service will save you a lot of cash each month.

Why should I pair ESPN+ with another streaming service?

ESPN+ can work on its own if you don’t mind missing local games and waiting to watch the games that air on TNT and the NHL Network until the next day. However, most devoted hockey fans want to watch the action live. That’s why it’s best to pair your ESPN+ subscription with another streaming service.

Our recommendations are Sling TV, DirecTV Stream, Hulu with Live TV, fuboTV or YouTube TV. You can read our complete recommendations here, and find a breakdown of the costs, pros and cons of all these options.