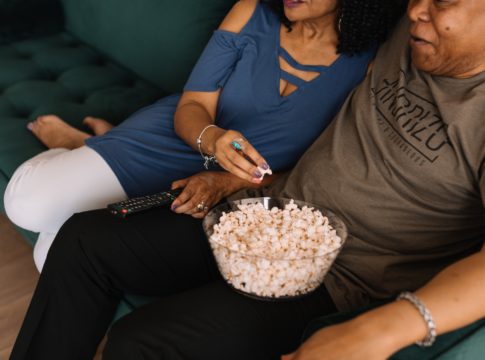 TV has undergone a major revolution in recent years. In the past, you pretty much had to have a cable subscription if you wanted to watch most channels and enjoy the best sports, news, and entertainment. But nowadays, you can sign up to one of many live TV streaming services and watch countless hours of content on your TV, phone, computer, or other devices.

What to look for in live TV streaming services

Before we take a look at some of the best live TV streaming services, let’s first focus on a few of the factors you should look for to help you pick the right service for you.

One of the first things people tend to look at with live TV streaming services is the range of channels they have to offer. Some services may only have around 30-40 channels, while others will have 100 channels or more. You may not necessarily want a huge amount of channels, but it’s important to ensure that your favorite channels are provided.

Price is another big factor to think about when it comes to live TV streaming services, and it can vary quite a lot from one service to another. Some services are available for as low as $25 a month, while others can cost in excess of $100 per month. Think about your budget and how much you’re willing to spend on live TV streaming.

Last but not least, you should pay attention to how many simultaneous streams are supported by live TV streaming services. Some of them will let you watch different channels at the same time on three, four, five, or even more devices, allowing your whole family to watch their own shows with just one account.

Philo is one of the most affordable live TV streaming services

Before we continue, we want to highlight a fan favorite streaming service (source). Philo is one of the best options for streaming 63+ live lifestyle and entertainment channels like AMC, Discovery, Hallmark, and Food Network as well as 50,000+ on-demand titles for only $25 a month.

Of course, since it’s so cheap, you can’t expect to find all of the biggest and best-known channels here. You won’t find sporting events on ESPN, for example, or local news stations. However, you will still be able to enjoy over 60 channels for a very fair price.

You can enjoy over 60 channels on Philo, including some very popular options like AMC and HGTV. There are also optional higher-priced plans with even more content and exclusive channels, like MTV Live.

However, since this is a budget-oriented service, you will miss out on some of the premium channels. Philo doesn’t have any movie channels, for example, or big sports networks. But if you like casual lifestyle and entertainment, this is a great choice.

In terms of features, Philo comes with its own cloud DVR. This is actually unlimited, allowing you to record and store as many shows as you like for a period of 30 days. Plus, you can watch your shows on up to three devices at the same time.

In terms of device support and compatibility, Philo will work on a range of TV streaming players like Apple TV and Amazon Fire TV, as well as Roku, Android TV, internet browsers, and mobile devices.


Next up, we have fuboTV. This live TV streaming service has long been associated with sporting content, and it actually launched with a focus on providing soccer fans with access to the hottest leagues and games from around the globe.

Sport is still a big part of the fuboTV package, but the service has evolved and expanded in a lot of ways, forging deals with major networks like Fox, NBC, and CBS in order to offer lots of content to its subscribers.

The entry-level Pro plan from fuboTV comes with a whopping 100+ channels, and you can upgrade to the Elite to get dozens more, for a total of over 150 channels. There are also various add-ons and optional extra packages to customize your subscription, too.

All of this means that fuboTV has one of the very best channel selections in the business. You can watch almost anything on this service, such as the latest FX shows and Showtime dramas, along with live sports, news broadcasts, and even foreign-language TV from around the globe.

fuboTV used to be quite stingy with its DVR, but has recently upgraded its plans to include a whopping 1,000 hours of storage for every user. Not only that, but you also get 10 simultaneous streams in total, perfect for big families.

In terms of device support, fuboTV continues to impress. It works on a range of living room devices like the Amazon Fire Stick, Chromecast, Roku, and Apple TV, along with smart TVs, mobile devices, and desktop browsers.

Before we continue, we want to highlight a particularly high value streaming service. Hulu with Live TV is one of the best options for streaming in 2022 with a rich catalogue of live sports, news, and 50k+ on-demand movies and episodes from Hulu, ESPN+, and Disney+. 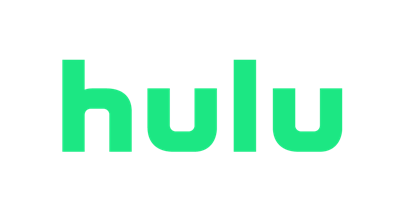 As well as live TV streaming services, there are also plenty of on-demand streaming services out there, like Hulu and HBO Max. Many people have separate subscriptions to live TV and on-demand platforms, but with Hulu + Live TV, you can get both for the price of one.

Hulu + Live TV gives you dozens of great live TV channels, as well as providing access to the full Hulu on-demand library of content, with thousands of hours of shows and movies ready to watch at the click of a button.

Hulu + Live TV gives you access to 65 channels. This includes some very popular, premium channels, including major news networks like ABC, NBC, CNN, and CBS, as well as family entertainment like Cartoon Network and Animal Planet, plus Bravo, The CW, E!, ESPN, USA, and more.

Not only that, but you also get full access to the Hulu on-demand platform. There, you can find many hours of great shows such as Atlanta, Only Murders in the Building, What We Do in the Shadows, and Harlots.

When it comes to DVR support, Hulu + Live TV features unlimited hours of recording space for every account, so you won’t need to worry about any limitations. Plus, you can stream on any two devices at the same time, and you also get Disney+ and ESPN+ included.

If you’re looking for a good all-round live TV streaming service which is available at a fair price, offers a lot of good channels, and works well on various devices, Sling TV might be exactly what you need.

Sling TV stands out for its unique two color pricing plan system. It has an Orange plan that includes ESPN and a range of entertainment channels, as well as the Blue plan, which features live news from major networks and other channels for the whole family.

The channels you get with Sling TV will depend on which plan you choose. The Orange plan comes with over 30 channels, including ESPN, so it’s a good choice for sports fans. The Blue package comes with Fox, NBC, CNN, and MSNBC news broadcasts.

Of course, you can also select the Orange + Blue plan, which gives you the best of both worlds and includes over 50 channels in total, including everything from the Disney Channel to FX, Fox Sports, A&E, HGTV, and CNN.

When it comes to DVR, this is an area where Sling could use some improvement. It currently only offers 50 hours of DVR storage, which may not be enough for every user. However, you can enjoy up to four simultaneous streams in total.

In terms of device support and compatibility, Sling TV works on mobiles, tablets, games consoles, computers, smart TVs from brands like LG and Samsung, as well as living room boxes like Roku and TiVo.

How about if you want a live TV streaming service that has the biggest number of channels, ensuring that there’s always something for you to watch at any time of day or night? In that case, you might want DirecTV Stream.

Formerly known as AT&T TV Now, DirecTV Stream stands out from the crowd for its massive range of channels and wide selection of pricing plans. It’s quite expensive compared to other options, but it’s ideal for big families and TV fans.

The channels you get with DirecTV Stream will depend on which plan you choose. The entry-level Entertainment plan, for example, comes with over 65 channels, but the top-end Premier plan comes with a whopping 140+ channels in total.

DVR support with DirecTV stream is pretty impressive, as you can record up to 30 titles and store your content for a period of 90 days before it gets deleted, and you don’t need to pay anything extra for this feature. Plus, you can enjoy up to three simultaneous streams.

In regard to device support, DirecTV Stream works on devices like Roku, Apple TV, Chromecast, and Amazon Fire TV, as well as smart TVs from brands like Samsung and mobile devices. It is lacking in support for browsers and game consoles, however.

Last but not least, we have YouTube TV. This is YouTube’s very own live TV streaming service, aimed at the next generation of streaming fans and launched in 2017. It’s known for being a highly customizable option.

With YouTube TV, you have the option to add various packages, channels, and add-ons into your subscription as you go. For example, for additional monthly fees, you can add the likes of Cinemax, CuriosityStream, HBO Max, MLB.TV, NBA League Pass, Starz, and Showtime to your YouTube TV subscription.

However, as explained above, it’s also possible to expand your YouTube TV content package with lots of optional add-ons, including on-demand services like HBO Max and CuriosityStream, as well as other channels.

YouTube TV offers unlimited DVR. You can store content in your own Library section and view it whenever you like it, and all of your recordings last for a period of nine months before expiring. Plus, each account can have six users, and every user gets their own DVR library.

YouTube TV has struggled a bit in terms of device support, but it’s still capable of running on most commonly-used living room devices like Apple TV, Roku, and Amazon Fire Stick, as well as Samsung TVs and Android or iOS mobile devices.

Our takeaway: Choose the best live TV streaming service for you

As we can see, there are several amazing live TV streaming services out there, from Philo and fuboTV to YouTube TV and DirecTV Stream. Each one has its own key features and unique advantages.

But which is the best live TV streaming service? Well, that really depends on you. Some people may enjoy the affordable nature of Philo, while others will want the huge channel list offered by DirecTV Stream.

Ultimately, it’s up to you to work out what you need from live TV streaming services, as well as thinking about your budget and other factors to decide on the right option. If you’re not sure where to start, read through our handy cord cutter’s guide.