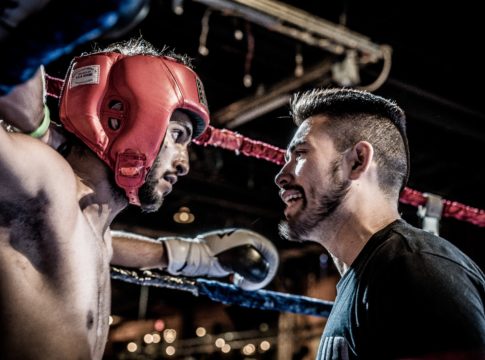 Ever since Conor McGregor made a splash in the UFC, mixed martial arts (MMA) entered mainstream media. Not to mention, The Notorious One’s—McGregor’s fighter name—clash with the equally polarizing Floyd Mayweather further brought attention to MMA as a combat sport. To this day, UFC and MMA have kept a spot in the public consciousness.

So, how does an MMA fan, or someone who wants to get into the sport, follow the latest events and pay-per-views (PPVs)?

Well, you could sign-up for cable TV. You’re guaranteed to keep up-to-date with the latest MMA news if your cable provider has a few reputable sports channels. But, if you’re not a fan of cable TV in the internet age, you have plenty of options.

Streaming services are a more flexible and affordable alternative to cable TV. With a streaming platform, you’ll get features absent from cable TV for a more budget-friendly price.

To get you started on cable-cutting while still following martial arts, here are 5 of the best streaming platforms.

Streaming platforms are a dime-a-dozen these days. Between Netflix, Hulu, Amazon, or whatever else, how do you find out which platform is best for following the UFC and MMA?

To give you an idea of which streaming platform will cover your needs, we’ve gathered the best services that provide UFC and MMA coverage.

ESPN+ is one of your best bets for keeping up to the minute on the UFC. In fact, you’ll get unrivaled access to UFC content when you subscribe.

Not only can you catch live events like UFC on Fox when subscribing to ESPN+, but you’ll also have more in-depth content. For example, you’ll get access to an entire vault of some of the best fights in the history of the sport.

Besides that, the streaming platform also hosts documentary-styled content—interviews that tap into fighter mentality and mindset. But, MMA isn’t the only selling point of ESPN+.

As one of the most prominent sports coverage networks in the world, ESPN+ will give you unparalleled sports coverage. Between golf matches to intense exchanges on the tennis court, ESPN+ hosts a myriad of sports content. In fact, you’ll even get coverage of university basketball when you subscribe to ESPN+.

Thanks to its partnership with the UFC, ESPN+ is one of the best options for keeping up with the world of MMA.

Every subscriber to Hulu + Live TV also gets a subscription to ESPN+. Because of this simple fact, Hulu + Live TV is a great way to stay current with the world of the UFC.

As mentioned earlier, ESPN+ comes with unparalleled coverage of the UFC. So, with a Hulu + Live TV subscription, you have a great entry point to following the latest events in the UFC.

Other than MMA, though, Hulu + Live TV is a wonderful service that can entertain you for hours on end.

For one, a Hulu + Live TV subscription grants you access to the Hulu on-demand content library that has over 2,500 different movies and over 43,000 episodes of TV. Another benefit is the multitude of channels available on the platform. Kids can enjoy channels like Nickelodeon and Disney, while adults can keep themselves busy with channels like CNN or Comedy Central.

Overall, you can’t go wrong by subscribing to Hulu + Live TV to follow the UFC.

If you’re heavily invested in the world of MMA, UFC Fight Pass is your best bet for completely immersing yourself in martial arts.

Sure, ESPN+ touts itself as having unrivaled access to the UFC, but you get more than that with UFC Fight Pass. You’ll get complete access to UFC’s media vault. Here, you’ll even get to see fights from legacy promotions like Strikeforce and Pride FC.

If you’re curious about the early career of some of the big names of the MMA world, like Fedor Emelianenko or Wanderlei Silva, UFC Fight Pass is the service for you. You’ll get to watch some of their early and most vicious matches in Japan. And you’ll also get to watch their last matches in the UFC before they retired.

DAZN is a streaming platform that focuses on all combat sports, from MMA to boxing. A subscription to DAZN will keep you up-to-date on the latest events in Bellator. Unlike the UFC, which still uses the PPV business model, Bellator broadcasts all its major events through DAZN. This way, you won’t need to pay extra for Bellator championship fights.

All in all, DAZN is the perfect platform to scratch your martial arts and combat sports itch.

While it might not seem like it at first blush, Sling TV is a pretty good option for watching martial arts and MMA.

The main thing that Sling TV has going for it as far as MMA is concerned is that it includes the Fox Sports line of channels in its channel lineup. Because of this, you can catch all the UFC on Fox and UFC Fight Night events when you subscribe to Sling TV.

Another selling point for Sling TV is its price. For just $35/month, you’ll get over 30 cable channels, including the Fox Sports lineup. This way, you can follow the UFC at a budget-friendly price.

Watching someone like Conor McGregor or Jon Jones trade blows in the cage can be an exhilarating experience. So, it’s unsurprising that you might have grown an interest in the Octagon. But getting into MMA and following it all season can be a daunting task. You might not know where to catch a match or who the fighters are.

With services like ESPN+ and UFC Fight Pass, getting into MMA has never been easier.