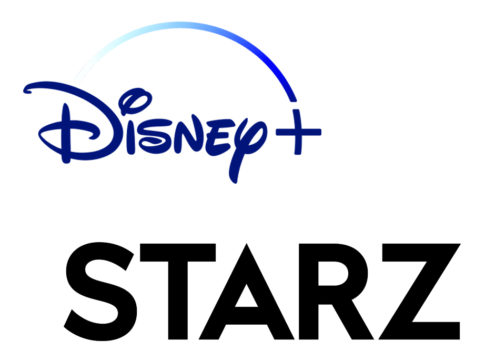 Disney made waves a few years ago when it announced it was launching its own streaming service, and millions of consumers rolled their eyes at the thought of another subscription.  But with 130 million subscribers already, Disney is doing something right. We take a look at Disney+ vs STARZ to see how a content king stacks up against a pay TV veteran.

Disney+ almost needs no introduction, as Disney owns some of the biggest entertainment assets in the world. And while one downside is that its family-friendly catalog might not appeal to everyone, there are signs that things are about to change in that respect.

Aside from its world-famous content, something worth noting is that Disney+ has implemented a wide range of accessibility features, including Audio Descriptions, Closed Captioning, Color Contrast, Keyboard Navigation, Responsive Design, and Text-to-Speech.

STARZ has been in the pay-TV business for nearly 30 years, and its streaming service STARZ is one of the biggest names out there. The subscription includes sister channels MoviePlex and STARZ Encore, delivering content across a network of 17 channels.

As its library is also available through satellite and cable TV providers, STARZ on-demand has a “watch live” option if you’re looking for that traditional TV experience.

We’ll start with a snapshot view of both services in 7 key areas in the table below.

At $7.99, Disney+ is a buck a month cheaper than STARZ, even though STARZ is $5 cheaper over the year if you pay annually.

With both services so similarly priced, we’re giving the edge to Disney+ based on the overall package of content and features.

For a well-rounded service offering a diverse library of movies, TV shows, and original content, STARZ’s $8.99/month is also easy on the wallet when compared to most others. Like Disney+, you can pay annually for $74.99, which is more than 3½ months for free.

You can also get STARZ as an add-on or part of a premium package through several other services, including Amazon Prime Video, Sling TV, and DirecTV Stream. However, those prices vary and we’ll focus here on the standalone service.

STARZ is the clear winner here, seeing as Disney+ no longer offers a free trial.

STARZ’s 7-day free trial should be enough to make a decision, but it’s a good idea to cancel your trial right off the bat, because your credit card will be charged immediately at the end of the trial and there is a strict no refunds policy.

But don’t worry, you can keep watching for the full 7 days, and there’s a big red “Reactivate” button if you decide you like the service.

If you’re looking for a well-rounded streaming service, STARZ has a more diverse catalog offering something for everyone in the family.

However, Disney+ recently introduced parental controls as it begins to add mature content to the platform (something it’s already done in overseas markets).

What to Watch on STARZ

With a library of 1,400+ titles, a STARZ subscription includes sister networks STARZ Encore and MoviePlex, delivering a total of 17 specialized channels to choose from.

In addition to licensing 3rd-party content, STARZ has the entire movie catalog of parent company Lionsgate at its disposal.

STARZ produces a handful of original content, with hit shows like Power, Outlander, and American Gods. Many more shows are under development, including reboots of Party Down and Weeds.

Here are some popular shows and movies to check out during your STARZ free trial.

Want to see more? Check out the Best Shows on STARZ and the Best Movies on STARZ Right Now.

Disney+ currently groups content into 5 main categories: Disney, Pixar, Marvel, Star Wars, and National Geographic. Overseas markets have a 6th category called Star, which offers mature content, and signs indicate a similar content hub will be coming to the US.

While it added a few mature Marvel shows like Daredevil, Jessica Jones, and The Punisher, it also owns 20th Century Fox, which means it’s got a wealth of R-rated content to draw from. You can also upgrade to The Disney Bundle, which includes Hulu and ESPN+.

When it comes to original content, the Mouse is king. Disney has not only created the most iconic names in movie history, it also acquired Pixar, Marvel, and Star Wars.

Here are some other popular shows and movies outside those big-name properties.

For a further look at what’s available, check out our complete breakdown of the Disney+ Content Library and List of Titles.

Disney+ wins hands down when it comes to audio and video, boasting 100+ titles in 4K UHD and HDR, a growing library of Dolby Atmos content, and many titles in 5.1 surround sound.

While HDR10 is the default format for HDR, Disney+ also offers the even more dynamic Dolby Vision on select titles.

The majority of STARZ content is up to Full HD (1080p), but users are not allowed to select the video quality and it is automatically adjusted based on connection speed.

Most shows are available in Dolby Digital 5.1 surround sound, but no other audio formats are supported.

Both services allow downloading, but the Disney+ app is available on more platforms.

Unlimited downloads are allowed on up to 10 devices with the Disney+ app, which is available on numerous platforms, including Windows, Mac, and Chromebook, meaning you can download content to your desktop computer or laptop.

STARZ allows downloading most movies and shows to its dedicated app on Android and iOS devices, as well as the Kindle Fire Tablet.

Disney+ gets the nod for supporting a few more devices and platforms than STARZ.

It’s another close matchup as both services allow up to 4 simultaneous screens at home or on the go. However, we’re giving the win to Disney+ as its 7 profiles beat the 5 you can create with STARZ.

Both services have multi-level parental controls you can set with the main account, meaning you’ll worry less about what’s on when you’re not in the room.

In terms of features, content, and value, Disney+ is simply a better service overall. It not only supports more devices, the Disney+ app is far better than the (notoriously glitchy) STARZ app. It’s got exclusive control of some of the biggest and best franchises in movie history, and all signs point to Disney+ expanding into more mature content.

But if you’re looking for a diverse library that’s got something for everyone in the family right now, STARZ is definitely worth a look.