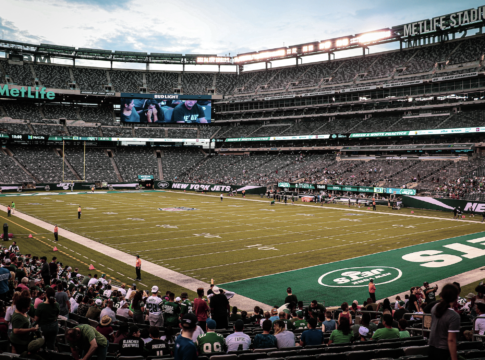 The Jets vs Panthers game starts off week one in a battle between two teams that are in the midst of rebuilds. The Panthers are now led by quarterback Sam Darnold after they moved on from Teddy Bridgewater in the offseason. Darnold had high hopes when drafted by the Jets out of USC, but his time in the big city didn’t last long. Now Sam Darnold and his offensive weapons, including Christian Mcafferey, will face off against the quarterback’s former teammates.

For the Jets, first round draft pick Zach Wilson will start in his first regular season game on Sunday. Wilson will lead the offense with new receivers Elijah Moore and Corey Davis. Jets fans are excited to see how the new quarterback holds up in his rookie season, but are keeping a close eye on their bottom ranked defense.

What time is the Jets vs Panthers game?

The Carolina Panthers will host the New York Jets on Sunday, Sept 12th at 1pm ET. The game will be played in Charlotte at Bank of America Stadium.

What channel is the Jets vs Panthers game on?

The Jets vs Panthers game will live stream on CBS. Expect to see Andrew Catalon, James Lofton, and Sherree Burruss as part of the announcement crew for Sunday’s matchup.

How to Watch the Jets vs Panthers Game Live

With the matchup on CBS, you’ll be able to watch the Jets vs Panthers game on most live TV streaming platforms. However, not every streaming service offers fan-favorite NFL channels like NFL Network and NFL RedZone. But those channels can typically be added to your plan for an additional cost.

Our Recommendation: Watch Jets vs Panthers on Hulu + Live TV

Not only can you watch the Jets vs Panthers game on Hulu + Live TV, but you’ll get exclusive access to a massive library of on demand movies, shows, and originals. Hulu also offers over 65+ top live TV channels and the ability to stream on multiple devices at the same time. The streaming service has some affordable live TV plans starting at $64.99 and can be customized with add-on channels like NFL Network or NFL RedZone for an additional price too. The service also offers a 7-day free trial, so you can watch the first week for free.

Watch the Jets vs Panthers on fuboTV

FuboTV has also risen to the top as one of the best sports streaming services available. You’ll be able to watch the Jets vs Panthers game live as well as any other NFL games on FOX, CBS, NBC, and ESPN. FuboTV plans start at $64.99 and come with the option to upgrade your package with available add-ons. The live TV service also offers a 7-day free trial, so you can watch the first week for free.

Watch the Jets vs Panthers on Paramount Plus

Paramount Plus, formerly known as CBS All Access, will also show the Jets vs Panthers game but only to local networks. The service also comes with a wide variety of on-demand movies and shows for extra entertainment.