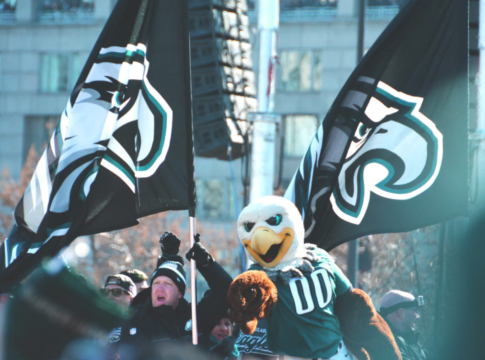 The Eagles vs Falcons game kicks off in a week one game between two NFC teams that struggled in the 2020 season. Matt Ryan, one of the few long-lasting NFL quarterbacks, looks to continue his loyal career with the Falcons. Ryan has to perform well this season, and has a good chance to shine against an Eagles defense that ranked near the bottom in the 2020 season.

For the Eagles, Jaylen Hurts takes over as the starting quarterback after the team traded away Carson Wentz in the offseason. Hurts played fair in 2020, but needs to show improvement this season to solidify his spot as a franchise QB. The Eagles selection of Devonta Smith in the 2021 NFL Draft showed their devotion to giving Hurts the receivers he needs to succeed. Fans will find out Sunday if the duo is ready.

What time is the Eagles vs Falcons game?

The Atlanta Falcons will host the Philadelphia Eagles on Sunday, Sept 12th at 1pm ET. The game will be played in Atlanta at the famous Mercedes-Benz Stadium.

What channel is the Eagles vs Falcons game on?

The Eagles vs Falcons game will live stream on FOX. Expect to see Kevin Burkhardt, Greg Olsen, and Pam Oliver as the announcement crew for Sunday’s matchup.

How to Watch the Eagles vs Falcons Game Live

With the game being presented on FOX, you’ll have access to watch the Eagles vs Falcons game on a majority of live TV streaming services. Not all streaming services provide other popular NFL channels though, like NFL Network and NFL RedZone. But those can typically be added to your plan for an additional cost.

Our Recommendation: Watch Eagles vs Falcons on Hulu + Live TV

Along with watching the Eagles vs Falcons game, you’ll get access to a massive library of on demand movies, shows, and originals with Hulu. Hulu also has over 65+ top live TV channels and gives users the option to upgrade their plans in a variety of ways. Hulu + Live TV has  live TV plans that start at $64.99 and can be personalized with add-on channels like NFL Network or NFL RedZone for an added cost. The service also offers a 7-day free trial, so you can watch the first week for free.

Watch the Eagles vs Falcons on Sling TV

Watch the Eagles vs Falcons on fuboTV

FuboTV is also one of the best sports streaming services available. Watch the Eagles vs Falcons game live along with any other NFL games on FOX, CBS, NBC, and ESPN. FuboTV plans start at $64.99 and come with the option to upgrade your plan with available add-ons. The live TV service also offers a 7-day free trial, so you can watch the first week for free.