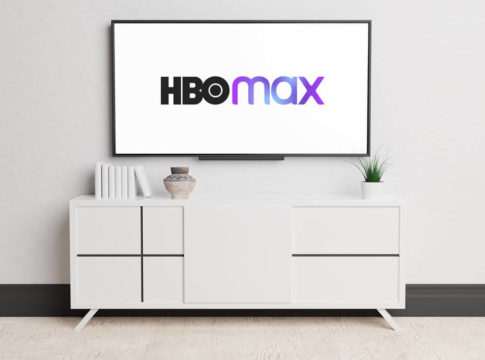 If you look for HBO Max on Amazon Prime Video, you won’t find it anymore. While this news isn’t surprising, the departure announcement came in November 2020 — no one knew precisely when it would happen. There has been recent chatter about the two services collaborating once again, but nothing is official yet. We’ll be tracking all of the updates here.

Luckily this change doesn’t impact those using Amazon Prime Video to stream HBO Max before the split. However if you weren’t grandfathered in, we’ve rounded up all the info you need to know — including how and where you can get HBO Max outside of Amazon Prime Video.

How much is it to watch HBO Max?

As of Fall 2021, HBO Max is no longer available as an add-on service through Amazon Prime Video. Prime Video subscribers who had the HBO Max add-on should have received a refund for any remaining days on their subscription. Unfortunately, the only way that Prime subscribers can keep up with the great content on HBO Max is by subscribing directly to this service or one of its bundles.

HBO Max subscriptions are now available through many providers (provider is who you signed up through or who bills you for HBO). Subscription plans (With Ads or Ad-Free) and monthly or yearly billing depend on your subscription provider.

If you want to try HBO Max before committing to a month, you can do so through Hulu. Hulu subscribers can add HBO Max to their subscription for 7 days of free access. Once the free trial period expires, you’ll be billed at $14.99 per month for the HBO Max add-on. If that sounds confusing, don’t worry — we’ve got you covered with our guide on how to get an HBO Max free trial!

How to Start Streaming HBO Max

If you had HBO through Prime Video, you won’t have access to HBO Max by signing in with your Prime Video credentials anymore. However you can still use HBO Max on Amazon Fire TV devices, but you’ll need to sign up for the service directly.

Don’t have cable? No problem! You can still watch HBO Live, even without cable.

If you subscribe to HBO through one of the providers below, you may get access to an HBO Max plan at no additional cost.

Download the HBO Max app on a supported device, sign in through your TV, digital, or mobile provider, and start streaming.

How to Watch HBO Max Without Cable

If you currently subscribe to HBO through one of the below companies, you can access the HBO Max Ad-Free version at no additional cost.

HBO Max is available to watch on a ton of devices.

You just need to download the HBO Max app on your phone or tablet and sign in.

The following browsers are also supported:

To stream on your computer, go to HBOMax.com and sign in.

If you don’t see your device listed above, there are a few other ways to stream HBO Max on your TV:

Eliminating HBO Max from Amazon Prime Video Channels was always part of the plan. While this may seem negative, there are still plenty of options to binge shows like Friends, The Bang Theory, and The West Wing.

No matter where you decide to stream HBO Max, you’re sure to be happy with all the content available in both plans.

Other ways to watch HBO Max

Now that HBO Max isn’t available as an add-on with Prime Video, Prime subscribers looking to hang on to HBO Max will have to sign up with HBO directly or bundle HBO with another streaming service like YouTube TV or Hulu + Live TV. Adding HBO Max to Hulu + Live TV or YouTube TV will cost an extra $14.99 per month.

However, one of the perks of adding HBO Max to your existing Hulu or YouTube TV subscription is that you can consolidate your streaming expenses, which may help you keep tabs on your entertainment budget!

If you’d rather subscribe directly to HBO Max, you get to choose between two subscription levels. The ad-supported subscription starts at $9.99. This plan gives you access to the same catalog of shows and movies that come with the ad-free version, with one exception — it doesn’t grant you access to same-day movie premiers. This perk is exclusive to the premium, ad-free version of HBO Max, which will run you $14.99 per month.