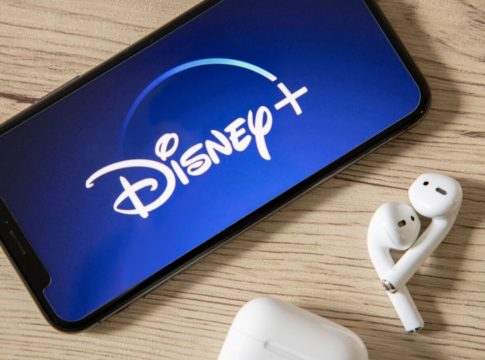 Last year, Amazon Prime and Disney Plus offered a promotion to get Disney Plus for 6 months free when signing up for Amazon Music. Unfortunately, the deal no longer exists. But Disney Plus is still offered at fair price starting at just $7.99 per month.

Whether it’s older millennials that want to reminisce on their childhood or parents that need a way to keep their kids entertained, Disney Plus is a great service for the price. The sheer amount of content that Disney Plus offers makes it easy to get sucked in for hours. One downside of this streaming service, however, is the lack of live TV.

How to get Disney Plus with Amazon Prime for free?

There aren’t currently any unrestricted offers that allow you to get Disney Plus for free with Amazon Prime. Last November users subscribing to Amazon Music could get 6 months of Disney Plus for free, but the deal has ended. That doesn’t mean all hope it lost though, as streaming services seem to offer new promos every few months now.

During Amazon’s last Prime Day event in June, they offered Prime members three months free of The Disney Bundle (more on this below) with qualifying purchases. Be on the lookout for similar offers in the future. If Disney movies aren’t your cup of tea, keep in mind that Amazon Prime members get free access to Prime Video. Here you will find countless TV shows and movies, including Prime exclusives.

How else can you stream Disney Plus?

If you’re looking for even more ways to watch Disney Plus, we’ve got you covered. For those interested in a new wireless carrier, both Verizon and Mobile US are offering free subscriptions to The Disney Bundle with certain unlimited packages. For all of our gamers out there, Xbox is giving away a 30-day free trial of Disney Plus by signing up for their Game Pass Ultimate service.

Hopefully you’ve read this far, because we’ve saved our favorite way to get Disney Plus for last. Introducing, The Disney Bundle! This offer bundles together ESPN+ and Hulu with Disney Plus to give you access to live streamed sports and all of Hulu’s exclusives. The Disney Bundle with Hulu (ad-supported) will run you $13.99 per month, while the version with Hulu (ad-free) costs $19.99 per month.

Even though there’s not a completely free version with Amazon Prime, we certainly believe the service is worth it. Especially if you take advantage of one of the specials above!