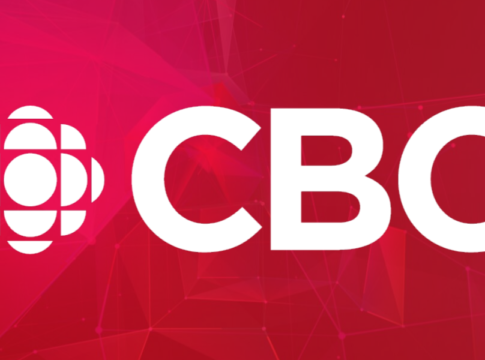 If you’ve cut the cord but you still want to watch CBC TV’s 24/7 network schedule of sports, news, entertainment and kid’s shows, you can do so using fuboTV Canada, RiverTV or CBC Gem.

fuboTV has been a competitive cable alternative for U.S. sports fans, and recently, it announced that it acquired the exclusive rights to broadcast The Premier League in the Canada market for three seasons, starting in 2022/2023. While it’s not a complete cable alternative, we expect to see fuboTV expand their Canada plan soon. As of now, here are the highlights.

Both plans include the same channels, DVR services, and simultaneous streams. Basically, you just get a discount if you buy for a whole year instead of paying quarterly. You can live stream CBC TV with both plans.

As of writing, there are currently 14 channels offered on fuboTV Canada. Check this page for updates to the list.

With fuboTV, you can stream on pretty much any device including web browsers, iOS and Android, Amazon Fire TV, Roku, Apple TV, and Chromecast, along with a few others. Learn more here.

RiverTV was introduced in 2020 to offer Canadians a solid cable-TV alternative with a good on-demand library. It offers a good selection of both network and specialty channels, including select US channels, with the option for certain channel bundle add-ons.

RiverTV offers reasonable pricing compared to traditional cable and satellite TV options in Canada. You’ll get 43+ live and on-demand channels for just $16.99 per month. You can also choose between several add-on channels, including a $3.99 per month add-on package that includes some of the best Hollywood movies from the 70s, 80s, 90s, and 2000s.

The best part about RiverTV may the lack of postal code restrictions. You can sign up for and watch RiverTV anywhere in Canada.

You can give RiverTV a go hassle-free thanks to the available 7-day free trial.

This channel package comes with some of the most popular cable TV channels available today, including CBC. You get entertainment channels such as Lifetime, HGTV, National Geographic, History Channel, and Adult Swim, movie channels such as Rewind and Silver Screen, and a wide selection of non-Canadian news networks, including Euronews and Newsy.

RiverTV is currently the only service in Canada offering where you can find several US-based TV networks. Cheddar, Law & Crime, Newsmax TV, Newsy, Journey, Real Vision, Drink TV and Revolt are all available in Canada only through RiverTV.

Although the service launched recently, the company put in some work behind the scenes to ensure users could access the service on plenty of devices. This service works on iOS devices (Android support coming soon), Amazon Fire TV, Roku, Chromecast, Apple TV, Android TV, and several smart TV brands.

This service offers up to 3 simultaneous device streams at once. That’s equivalent to what most US-based over-the-top services also offer.

There is currently no cloud DVR option available through RiverTV. However, the service offers a large on-demand library with content available from almost every channel in the package.

There are currently thousands of hours of on-demand video available through RiverTV. Several channels in the package are on-demand only. Others offers a wide selection of current and previously-aired content, including shows like SNL, Chopped, Great Canadian Cottages, New Amsterdam, and much more.

CBC Gem is CBC TV’s own video-on-demand platform. On it, you can stream or access on-demand CBC TV programming, their original web series’, documentaries, and other select programming from international broadcasters.

With a free CBC Gem plan, you can watch current and past seasons of shows on-demand with ads, you can live stream CBC including all 14 local channels across the country, and enjoy ad-free children’s programming.

The premium plan costs $4.99/month (with the first month free) and offers the on-demand content ad-free, the ability to live stream CBC News Network 24/7, and access to exclusive CBC content.

The 14 regional channels include: St John’s, Halifax, Charlottetown, Fredericton, Montreal, Ottawa, Toronto, Windsor, Winnipeg, Regina, Edmonton, Calgary, Vancouver and Yellowknife. Live streams include ads regardless of whether you have the free or premium memberships.

CBC Gem is available for free as an app on iOS, Apple TV, Android, Android TV, and Fire TV (Amazon Fire TV Stick and select Smart TVs). You can stream on pretty much any device including PC or Mac web browsers, Apple AirPlay, and Chromecast.

Unfortunately, you cannot currently stream CBC Gem on any game consoles or Roku.

For the free CBC Gem plan, you don’t need to sign up, so each person can watch without signing in, making simultaneous streaming a non-issue.

With the CBC Gem premium subscription, you can stream on up to 5 different devices at a time, which is higher than what most streaming services offer without having to pay an additional monthly fee.

Currently, CBC Gem does not offer any DVR.

CBC Gem has a great selection of on-demand shows and movies from all around the globe.  From Schitt’s Creek to The Office UK, you’ll always find something to watch.

The best way to watch CBC for free is through the CBC Gem app, available for free for iOS, tvOS, Android TV, and Android tablets and phones. You can also access it through most web browsers on gem.cbc.ca.

You can also watch CBC for free with RiverTV – they offer a 7-day free trial with no contracts or cancellation fees. To cancel, all you need to do is log into your account, go to ‘Manage subscription’ next to your username, and cancel your subscription.

fuboTV Canada doesn’t offer a free trial with any of their plans. Their cheapest option averages out to about $8.33/month with the annual plan.

Digital over-the-air (OTA) antennas can be used to watch CBC in areas with a CBC production center. Make sure you check the CBC Channels & Frequencies Guide to see if there is a CBC TV transmitter in your area.