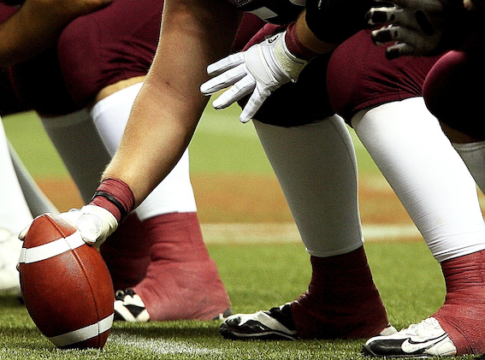 It’s finally football season again: the glorious time of year where bets are placed, fantasy football leagues start up again and fans strategically plan which games they’ll tune into that week. But, for cable cord cutters, there is another important decision to make: how to watch the game. If you’ve cut the cord and are still figuring out how to tune into your team’s games every week, we’ve got you covered.

How to Use an Antenna to Watch NFL Games

That said, you’ll still miss the games that don’t air on these channels, and you may be at a disadvantage if you don’t live in the “hometown” of the team you’re supporting. That’s why we recommend combining the antenna with a streaming service like Sling for an all-around solution (but more on that later).

FuboTV has NFL Network, FOX and ESPN, but it doesn’t have CBS or NBC. That means you can catch most games, but you’ll be missing out on Sunday Night Football. However, FuboTV is the only streaming option on this list that offers high quality 4K resolution with only its base package – it’ll be like you’re right there, at the game (almost).

You can watch the live games on most of your devices: your computer, smartphones including iPhone and androids, tablets such as the iPad, or Android tablet, Chromecast, and much more. It can be used on up to 3 devices at a time, so there won’t be any family bickering while you’re trying to watch the game.

The best part? If you have a personal commitment and have to miss your team’s game, you can easily record it thanks to the free 250 hours of Cloud DVR space included in your month-to-month subscription, regardless of which package you choose. In addition, you can add the NFL RedZone Channel for an additional $10.99/month.

*Pro tip: Combine with Paramount+ for $5/month or a digital antenna for full NFL coverage

The way Sling TV works is by plan: the Orange plan hosts ESPN channels, while the Blue plan hosts the NFL Network and NBC. Each plan costs $35/month on its own, or you can get the combined Orange & Blue plan for $50 and get a good amount of NFL coverage. If you don’t need to watch all the games and want to save a few bucks instead of opting for FuboTV, Sling TV isn’t a bad alternative.

If you’re looking for ultimate NFL coverage, we recommend combining Sling with a digital antenna or another streaming service like Paramount+ (which only costs an additional $5/month, but more on that later) to be able to add CBS to your channel repertoire. That way, you’ve got your bases covered for Thursday, Sunday (afternoon and night) and Monday NFL.

With Sling, you also get 50 hours of DVR storage included in your membership, so you can record the live games you miss. And even when you’re on the go, you can tune into NFL games from your iPhone or Android – Sling TV is also compatible with Chromecast, Xbox, LGTV, Roku, and more, so you never skip a beat.

If you want to catch your games live, Hulu + Live TV is another good option. You can access CBS, NBC, ESPN and FOX, but you won’t be able to watch NFL Network or the NFL RedZone Channel. That unfortunately means no Thursday Night Football.

Hulu + Live TV’s main selling point is its versatility in terms of options, especially if you’re looking for channels for the whole family. You’ll be able to catch most games, and you’ll get access to Hulu’s impressive line-up of original shows and movies like The Handmaid’s Tale and The Premise. You can also access Hulu from most of your devices, including most Apple and Android phones and tablets, LGTV, Chromecast, Nintendo Switch, and more.

You can also stream plenty of college football and major pro league games live, with access to channels for the NCAA, NHL, NBA and the Premier League. Hulu + Live TV currently has a special discount for $10 off your first 3 months – so $54.99/month. It includes 50 hours of DVR storage to record your missed games of the season.

If Sunday afternoons are the only days you dedicate to watching football, Paramount+ is the perfect choice for you. With Paramount+, you pay about $5/month and you’ll have access to all the games that air on CBS, including the Super Bowl.

You’ll be able to access 6 to 7 games live NFL games on Sundays. If you want to see the CBS NFL schedule, you can check it out right here.

With your Paramount+ membership, you’ll also be able to watch films and shows such as Star Trek: Discovery, The Good Fight, Why Women Kill, and much more. It’s a great choice for the whole family, and can be streamed from 3 separate devices at once.

You might already have the membership to benefit from their speedy free shipping or plethora of product options, but did you know you can also use your Amazon Prime membership to watch Thursday Night Football?

With Prime Video, you can stream 11 regular-season Thursday Night Football games at no added cost to you this year – it’s included in your Prime membership. Plus, starting in 2023, Prime is going to be the official new home to Thursday Night Football – they will be exclusively airing all TNF games during the regular season as part of a 10-year agreement with the NFL.

If you’re a die-hard football fan, the NFL Game Pass was made just for you – so long as you don’t mind watching your games after they’ve aired. With NFL Game Pass, you not only have access to every game that has aired all season long, but you can also catch 45-minute versions of the condensed game if you don’t have time to sit through the entire thing.

You also get access to NFL RedZone, audio game coverage and analysis of your favorite teams, and plenty of NFL on-demand shows like Total Access and Good Morning Football. Your first 7 days of subscription are free, in case you want to explore it before making the commitment. That said, all these perks do come with a hefty price tag of $99.99/month.

Looking for a one-stop shop for streaming all your favorite games live? YouTube TV is our top pick for watching this NFL season – not only does it hold every channel that broadcasts NFL games (including NBC, ABC, ESPN, CBS and NFL Network), but you can also add the NFL RedZone Channel for only an additional $11/month.

The subscription cost for YouTube TV is $64.99/month, but they have a special discount right now for $10 off your first 3 months – so $54.99/month. If you’ve ever considered subscribing, right now is a great time to do it.

Previously AT&T TV, the Entertainment Plan with DirecTV Stream is great for all sports-lovers. You’ll get access to all the games that air on FOX, CBS, ESPN and NBC – sadly, this doesn’t include the NFL Network, meaning no Thursday Night Football. But, if you already have an Amazon Prime membership, this could give you almost full coverage.

With DirecTV Stream, you get 20 hours of DVR storage and keeps your recordings saved for up to 90 days, which isn’t very competitive for the market. However, for an extra $10/month, you get unlimited storage.

With DirecTV, you also get a ton of channels for the whole family including Disney and Nickelodeon, and plenty of on-demand shows and movies.

There are also plenty of on-demand shows and movies to choose from, and you can also watch Premier League games, WWE programming, PGA Tour and more.

Vidgo is quite new, but it’s quickly becoming a favorite amongst watchers. It’s only $10/month for your first month, then goes to its regular price of $55/month. You have access to ESPN, the NFL Network, ABC and FOX, meaning that you’ll be able to catch Thursday Night Football, Monday Night Football, and some Sunday afternoon games. You’ll also get access to plenty of sports channels including BeIN Sports, FOX Sports, ESPN U and ESPN 2 amongst many others. You’ll also get a ton of lifestyle and family channels, like TLC, the Disney channel, Animal Planet, and tons more. Plus, you can stream from up to 3 devices at once.

Just like most other streaming providers, there are no long-term contracts or hidden fees involved – you can try it out for a month and then cancel if you’re not feeling it.