If you want to get the Russian take on American news and politics, there’s only one way you can watch RT America without cable. Sling TV offers RT America, but not as part of its standard subscription plans. You will need to pay extra. 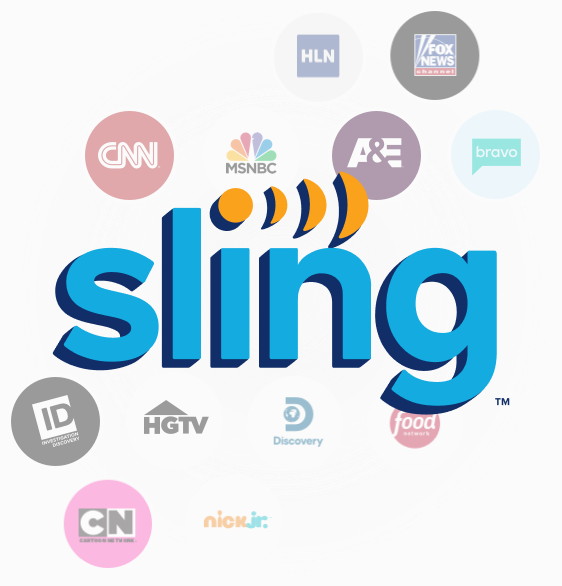 Once a competitive alternative to cable, Sling TV is now a compelling skinny-bundle service. The streaming service is a great complement to the over-the-air broadcasts you get from a traditional HDTV antenna. But without support for local network affiliates or regional sports networks, Sling TV isn’t a complete cord-cutting solution.

The low advertised prices of Sling Orange and Sling Blue attract a lot of attention. However, subscribing to one or the other will require sacrifices that many households won’t be able to accept. As a result, the Sling Orange + Blue plan may be the better choice for you.

The channel lineups that come with each base subscription plan are just the starting point. Sling TV offers more customization options than any other over-the-top streaming service. You could easily drive your monthly payment through the roof, but it will let everyone watch what they want to watch.

The channel lineups of Sling Orange and Sling Blue overlap quite a bit, but there is still a clear difference between the two. Sling Orange’s lineup is where you’ll find Disney owned stations. In addition to the various Disney channels, Sling Orange is the only option for getting the many ESPN channels. On the other hand, Sling Blue relies on Fox and NBC to populate its basic cable lineup with channels like MSNBC and Fox News.

RT America, however, is not part of either package. You will need to subscribe to Sling TV’s News Extra for another $5 per month. If your base subscription is Sling Orange, you’ll get BBC World News, Euronews, Science Channel, NewsmaxTV, News18, CGTN, HLN, Law & Crime and Weather Nation. Sling Blue subscribers will get NDTV, CNBC, Weather Nation, BBC World News, Euronews, News 18, France24, Law & Crime, Fox Business, Science Channel, NewsmaxTV, and CGTN. Sling Orange+Blue subscribers get all of the listed channels.

Outside of a few major markets, Sling TV does not let you stream any of your local network affiliate stations. Inside those few markets, Sling TV may let you watch your local Fox station or your local NBC station. A couple of markets get both. Sling TV’s support for regional sports networks is almost non-existent.

This is why Flixed only recommends Sling TV to people who use HDTV antennas to get uncompressed 1080p content from their local stations. Or people who just don’t care about local TV or regional sports.

As one of the first live TV streaming services, Sling TV has had plenty of time to build out a comprehensive app ecosystem:

The distinction between Sling Orange and Sling Blue extends to the streaming service’s features. Simultaneous streaming, for example, changes when you move from one plan to the other. Only one device at a time works with the Sling Orange channel lineup. If someone’s watching Disney XD, then nobody can watch ESPN. Sling Blue’s three-device limit is more in line with the rest of the streaming industry.

Regardless of which plan you get, Sling TV’s standard cloud DVR only lets you record ten hours of content before it starts deleting files. For an extra $5 each month, the cloud DVR’s recording capacity expands to fifty hours. The upgrade also lets you protect recordings so they won’t be deleted when you max out the cloud DVR.

Considering the fact that most truly “live” TV is on local stations, the weak cloud DVR may not be an issue. Each channel populates the on-demand library with recently-aired episodes and movies. Typically, you’ll see the previous five weeks’ episodes, but some channels will fill out the entire season of each series as it airs.

How to Watch RT America on Amazon Fire TV

You can watch RT America on Amazon Fire TV with Sling TV and the RT app.

How to Watch RT America on Roku

You can watch RT America on Roku with Sling TV and the RT app.

How to Watch RT America on Apple TV

You can watch RT America on Apple TV with Sling TV and the RT app.

Completely funded and overseen by the Kremlin, RT America is the American outlet for Russia’s global RT Network. In addition to promoting Russian propaganda, many US officials and media analysts have accused RT America of spreading misinformation about 5G, vaccinations and other topics in American politics.

However, based on its app store ratings, the RT app is one of the highest-rated news apps with ratings similar to CBS News and the Associated Press. RT Networks does not require a pay-TV subscription to unlock its content.

These are the platforms where you can watch RT America: